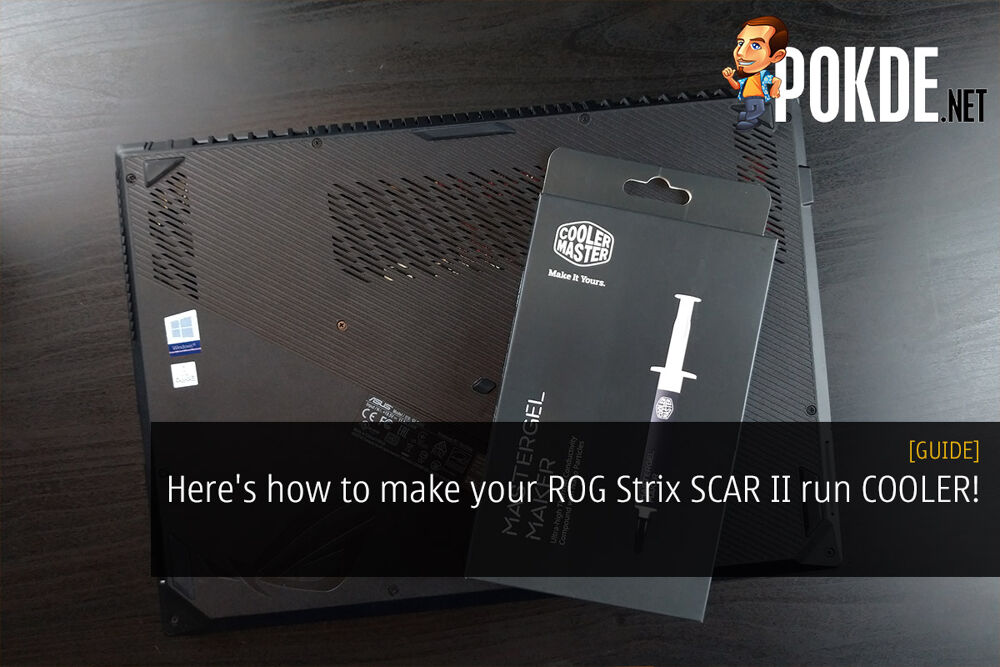 The ROG Strix SCAR II is a beast of a laptop. That’s undeniable. It’s packing a 6-core, 12-threaded CPU. 6-cores were exclusive to Intel’s HEDT platforms in the past, now you get it in a laptop. There is also the equally monstrous GeForce GTX 1070 8GB. All of that hardware was indeed difficult to cool, as we found in our review of the ROG Strix SCAR II GL504GS. So we decided to try replacing the thermal paste, since the dual 12V HyperCool Pro fans are touted to be one of the most powerful, if not the most powerful fans, in a laptop.

By replacing the factory thermal paste with the MasterGel Maker thermal grease by Cooler Master, we managed to drop a total of 4ºC. Might not seem like much, but we totally eliminated thermal throttling from our laptop. Not only is it running cooler now, but we will also get better performance without throttling. Now, would a fix like this work on the MacBook Pro 2018? Before we go ahead and bring out our pitchforks, ASUS’ thermal paste is probably the result of them considering various parameters that are just irrelevant to third-party paste manufacturers, such as longevity and the reliability with the automated application process.

Have you replaced the thermal paste in your laptop and found significant temperature reductions? Let us know in the comments section!

To support us, check out the MasterGel Maker thermal grease on Lazada via the link below:

This is the Samsung Galaxy Note 9 — available with up to 1TB of storage!
Next