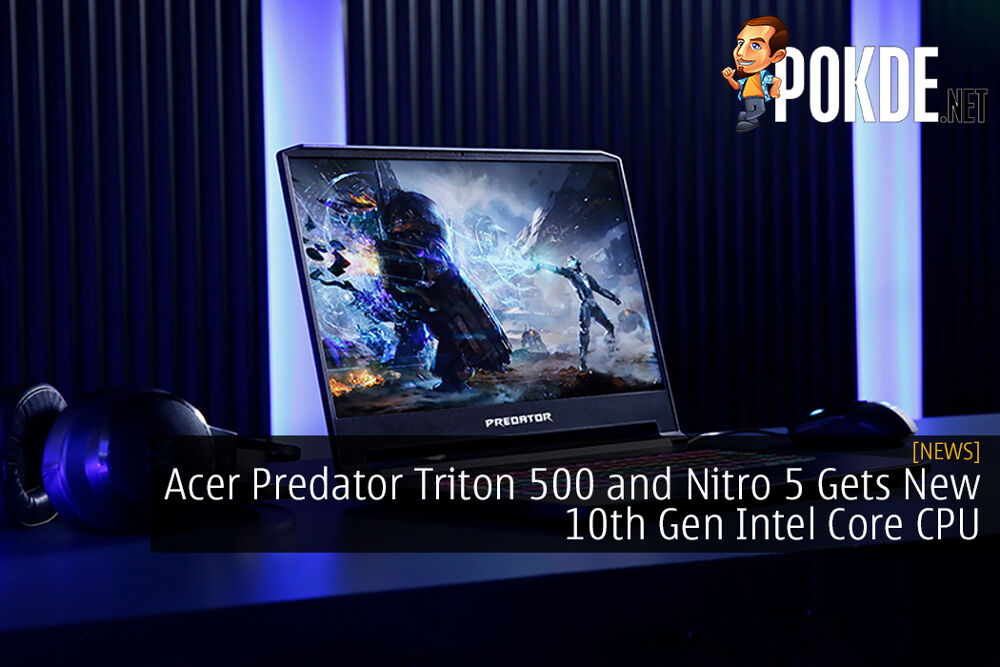 The folks over at Acer have announced that the upcoming Acer Predator Triton 500 and Nitro 5 gaming laptops will be coming with some amazing performance boosts overall. This will be in the form of the latest 10th Gen Intel Core CPU and the new NVIDIA GeForce RTX SUPER and GTX GPUs. 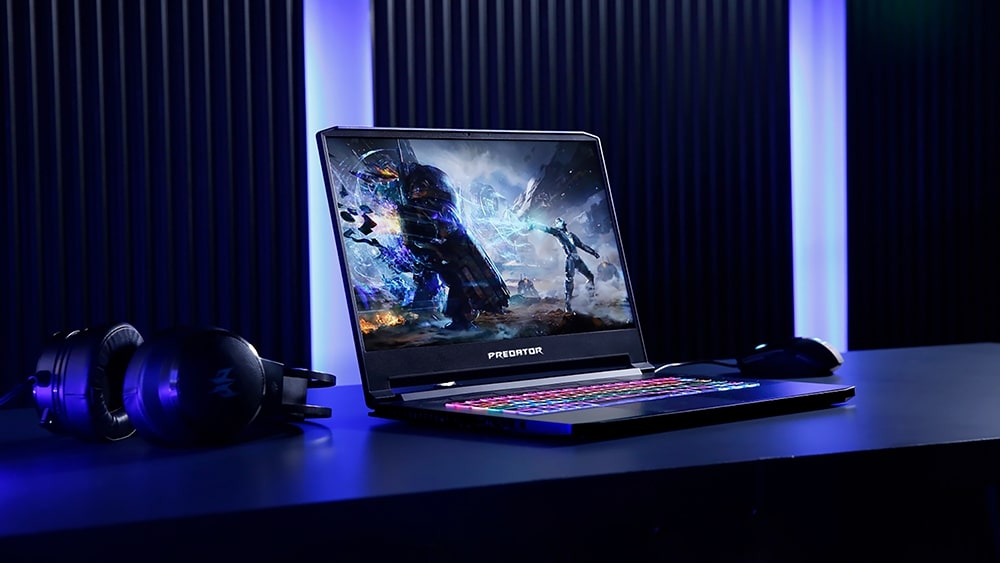 The new Acer Predator Triton 500 is powered by the latest 10th Gen Intel Core CPU and comes with a choice of either NVIDIA GeForce RTX 2080 SUPER or 2070 SUPER Max-Q. It’s designed for professionals who also play games as the battery life is touted at 7.5 hours per full charge. On the memory side, you get up to 32GB DDR4 RAM and 2TB NVMe SSD in RAID 0 configuration.

We get some notable upgrades for the display as it now has a 300Hz refresh rate, IPS panel with 3 ms overdrive response time, 100% sRGB colour gamut, and NVIDIA G-SYNC support. On the networking side, it is powered by the KILLER Wi-Fi 6 AX1650i, E3100G ethernet, and Control Center 2.0 to optimize connection quality.

They managed to keep the machine portable as it measures in at 17.9mm thin and only 2.1kg in weight. It features an all-metal body with narrow bezels that give you 81% screen-to-body ratio.

One notable new feature is the Acer Vortex Flow technology which involves three custom-engineered fans strategically placed in the chassis working together for improved airflow while simultaneously reducing noise. The cooling performance can be improved further with the use of the CoolBoost technology for higher fan speeds. It is said to have the all-metal 4th Gen AeroBlade 3D fans, which increases airflow by 45% over the previous generation. Together with five heat pipes, Acer claims that it has 33% better thermal performance overall compared to the 2019 version.

If you want to check out our review of the 2019 Acer Predator Triton 500, click right here. 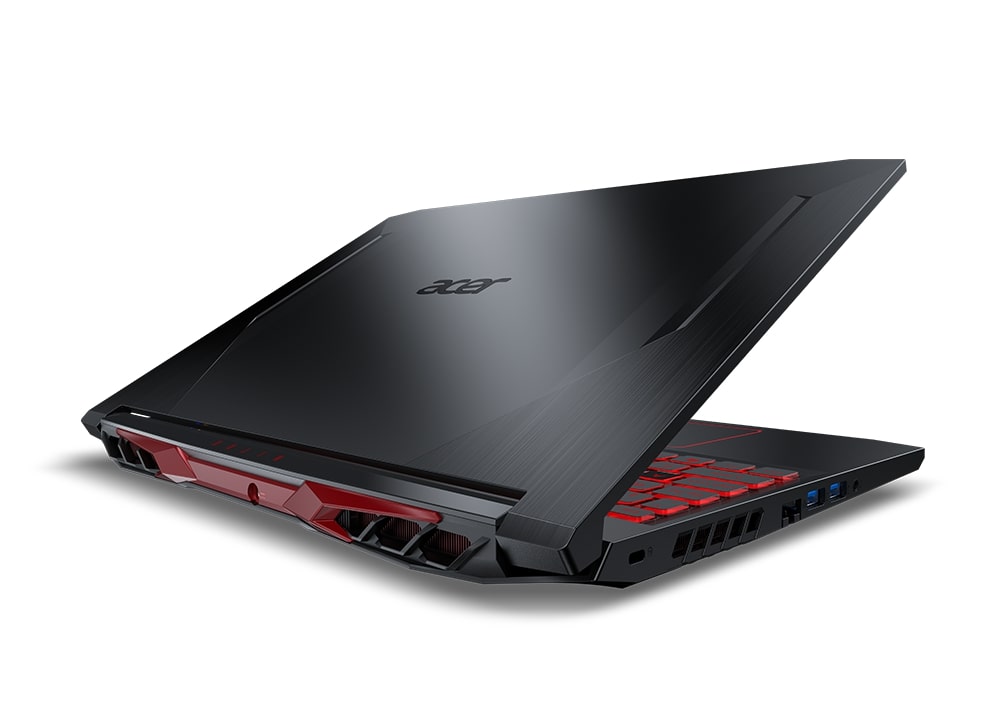 The new Acer Nitro 5 on the other hand is the more affordable option. It will be powered by up to a 10th Gen Intel Core i7 CPU with the choice of either the NVIDIA GeForce RTX 2060, GTX 1650Ti or GTX 1650 GPU. As for memory, it has up to two M.2 PCie SSD, 1TB HDD, and 32GB DDR4 RAM in two DIMM slots that allows for upgrades.

It will be using a 15.6-inch Full HD IPS display in either 144Hz or 120Hz refresh rate options, 3 ms response time, 72% NTSC, and 300-nit brightness. As for cooling, it has a dual-fan system placed on intake / exhaust ports and four heat vents. It is said to have 25% better thermal performance than its 2019 counterpart, which can still be improved on with the use of the CoolBoost technology.

Pokdepinion: I personally own the 2019 Triton 500 so I’m quite intrigued by the new version. I’m also hoping the noise is more bearable this time around. Can’t wait to try it out myself.

Aiman Maulana
Jack of all trades, master of none, but oftentimes better than a master of one. YouTuber, video editor, tech head, and a wizard of gaming. What's up? :)
Pokde Recommends
10th Gen Intel CoreAcerAcer Nitroacer nitro 5Acer PredatorCPUGamingGaming laptopGadgetLaptopNews
MORE
Read More
12908 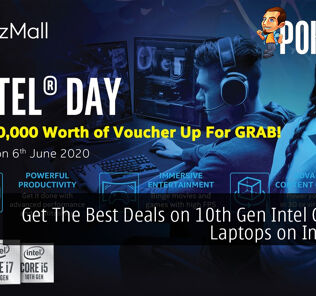