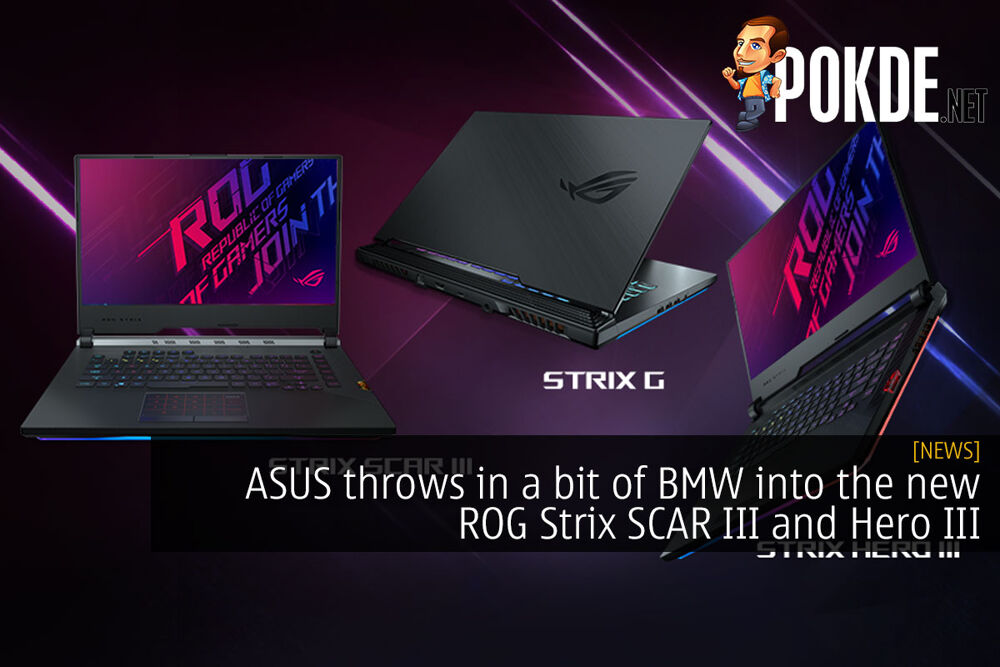 ASUS didn’t forget about their ROG Strix series of laptops this time. In addition to the new ROG Strix SCAR III and Hero III and a more affordable ROG Strix G. They have refreshed the design to add even more RGB and also reworked the design for better ventilation. The new functional design is inspired by a collaboration with BMW Designworks Group to stand out from the crowd. ASUS also emphasizes upgradability, with an easy-to-open bottom panel which lifts up to reveal dual SO-DIMM slots, M.2 and 2.5″ drive bays for future-proofing. 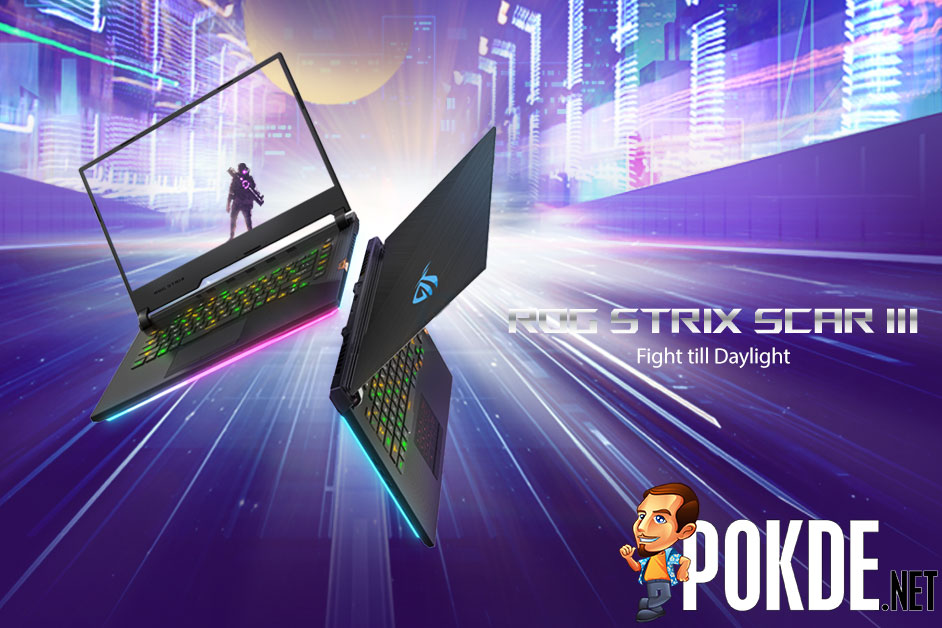 Equipped with its signature Gunmetal Grey motif and carbon weave pattern on the interior, the ROG Strix SCAR III is unmistakably designed for FPS gamers. The ROG Strix Hero III on the other hand sports a Midnight Black finish with stealthy cyber text across the palm rest. BMW Designworks Group’s influence also shows itself in the form of the new ROG Keystone. It offers the capability to access a secret Shadow Drive, change settings based on Armory Crate profiles and more, via the unique implementation of NFC in the ROG Keystone. 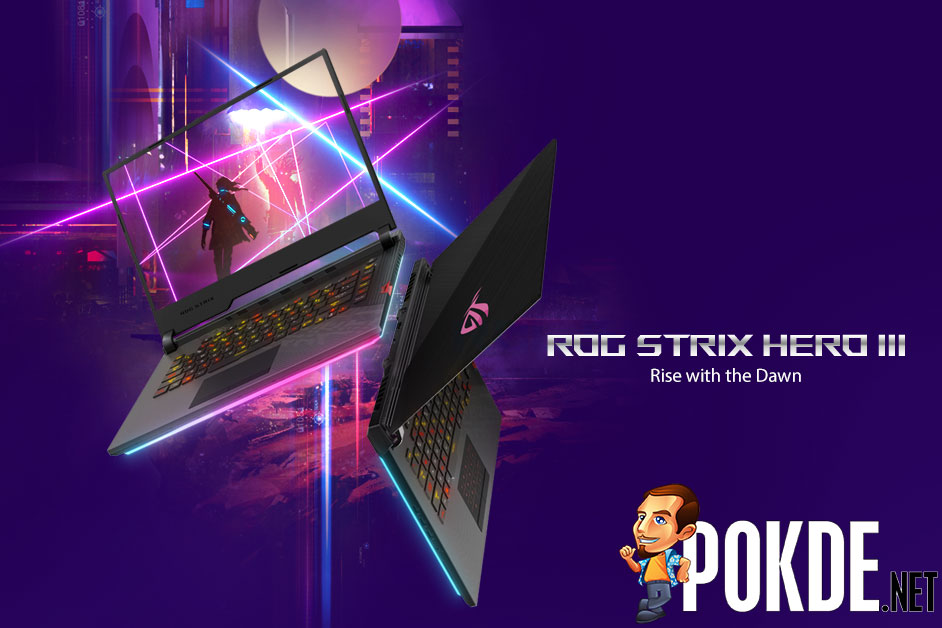 The ROG Strix SCAR III can be equipped with a 240 Hz/3ms panel, giving you the edge when it comes to fast-paced first person shooters. There is also a 144 Hz alternative offered if you do not require such a quick display. The ROG Strix SCAR III and ROG Strix Hero III will also sport ROG Boost, taking the GPU up to 1440 MHz at 115W. If you require more horsepower, you can equip the ROG Strix SCAR III with the 9th Generation Intel Core i9 9880H processor with 8 cores and 16 threads for unprecedented performance in a gaming laptop.

The new ROG Strix G distills the ROG experience down to its core, with a low profile design which suits any environment. It can be configured with an Intel Core i7 9750H, a GeForce RTX 2070 and a 144 Hz display, but it will be offered with more affordable options as well, such as a GeForce GTX 16-series GPU. 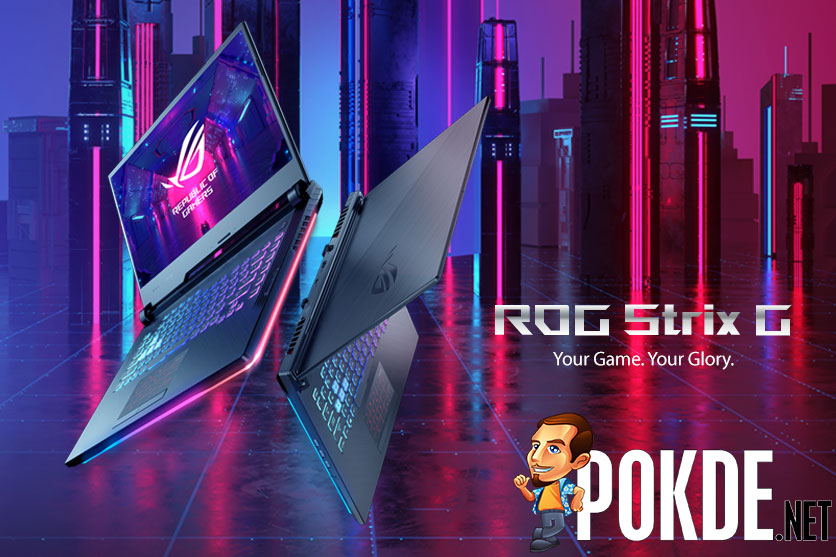 There’s no ROG Keystone on the ROG Strix G, but you will still be enjoying four-zone Aura Sync for the keyboard, the new functional design which enhances the cooling capabilities of the ROG Strix laptops and also RangeBoost Gigabit WiFi, G-SYNC via DisplayPort and more. The ROG Strix G is testament to the fact that you don’t need a laptop that screams “I AM A GAMER” to deliver the performance you need to dominate.

The new ROG Strix lineup will be offered in 15.6″ and 17.3″ varaints with ultra-narrow bezels to minimize the footprint. Pricing still remains TBD. 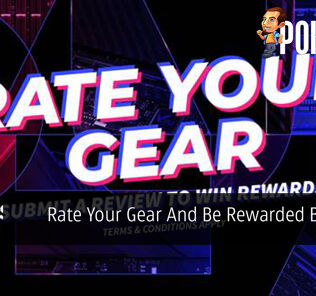 Rate Your Gear And Be Rewarded By ASUS
Read More
2869