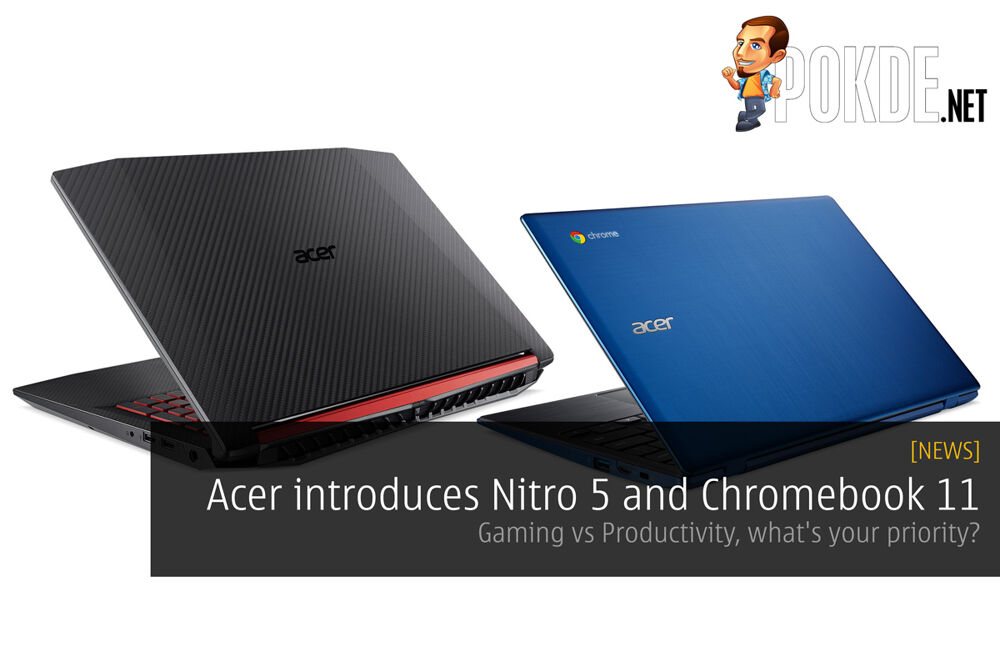 Acer has yet another update, this time for their Acer Nitro 5 and Acer Chromebook 11, both being in the same category as laptop, but vastly different in purpose.

Acer Nitro 5 has grown into what Acer likes to call the casual gamer’s laptop. If you are seeking great performance in an attractive laser-textured design, this one will please you. The 15-incher is powered by Windows 10 and packs the latest generation AMD Radeon RX560 graphics for faster rendering and improved lighting and texture details. 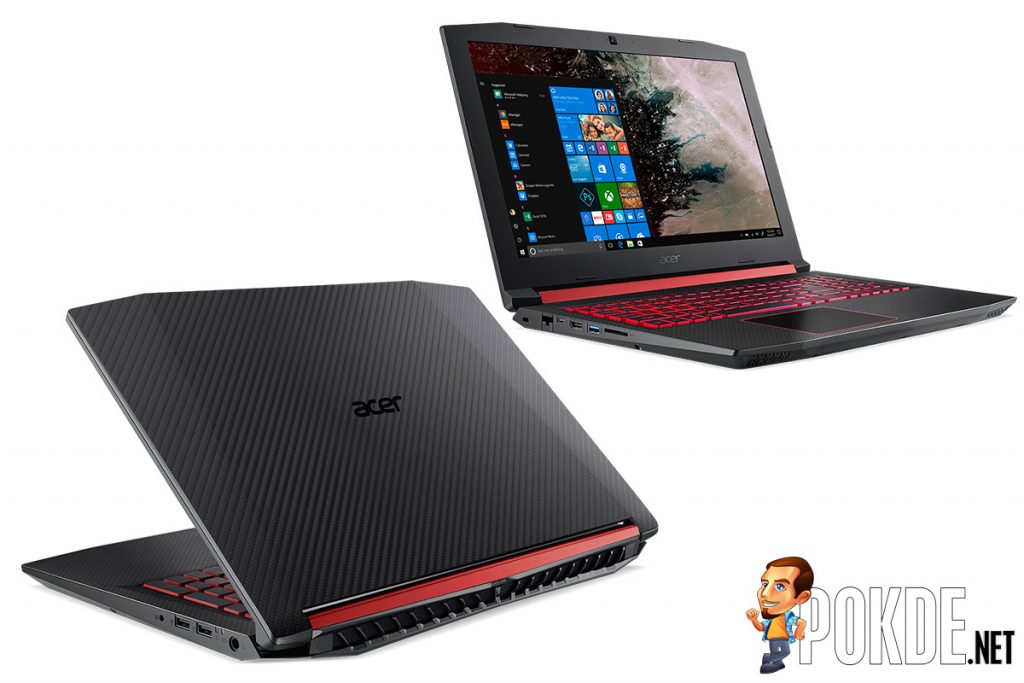 Under the hood is the latest AMD Ryzen processor that will definitely bring a whole new experience to gamers, content creators or simply multi-taskers. The Acer Nitro 5 will hold your data on its 512GB SSD which makes it really a practical beast. RAMs can go up to 32GB DDR4 and Acer’s NitroSense will assist you in monitoring CPU/GPU while Acer CoolBoost cools down on demand by adjusting fan speeds.

The Acer Nitro 5 chassis features a matte, crimson red hinge that really stands out. The 15.6″ Full HD IPS keeps things vivid as well. In the sounds department, Dolby Audio Premium and Acer TrueHarmony technology grants immersive audio experience. With plenty of connectivity including dual-stream 802.11ac wireless technology, USB Type-C, HDMI 2.1 and Gigabit Ethernet, this is a machine that is plug and play for gamers.

If gaming is not your thing, then the super practical Chromebook 11 will definitely be something for consideration. The new Acer Chromebook 11 (CB311-8HT / CB311-8H) offers an 11.6-inch display in a portable and fanless design, so it’s great for consumers and families who will move the device around or use in shared spaces. That’s not all, you can also connect peripherals, charge phones and even share content on large display using two USB 3.1 Type C ports. 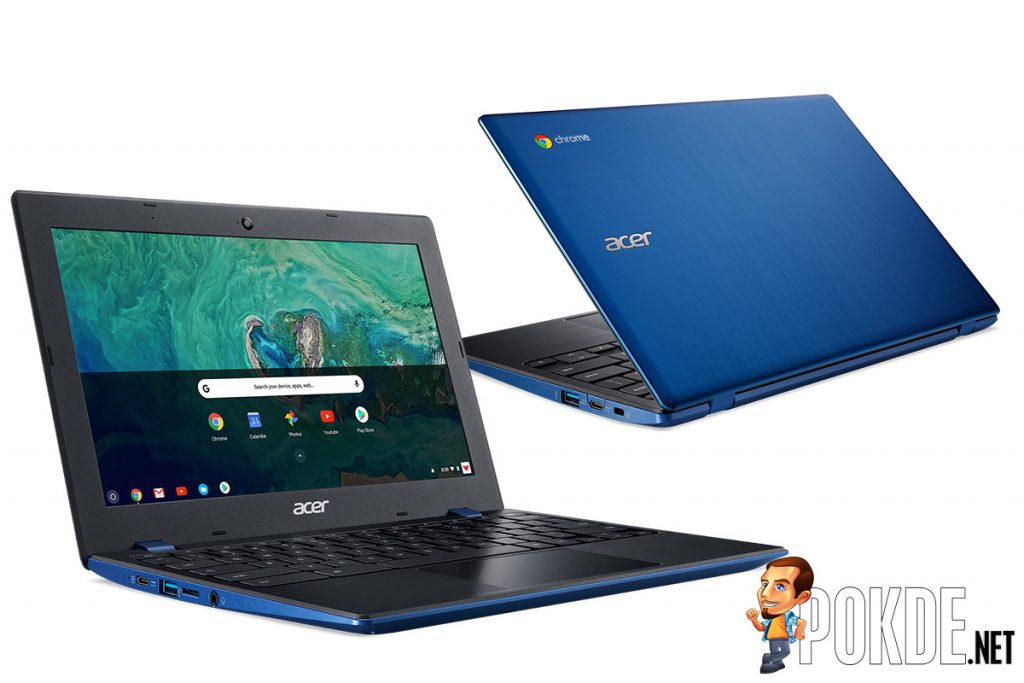 Acer has been committed to the Chrombook line-up for years and has produced rather practical machines in this department. If you fully rely on Google tools for your productivity, the Chromebook makes it a perfect choice on the go. The Chromebook 11 will also fully support Google Play so the millions of Android apps will immediately be available to you from day one.

The Chromebook 11 provides 10 hours of battery on single charge. It comes with 4GB RAM and 16GB or 32GB eMMC choices. The fanless design accounts to 0db operations, so silent that the chiclet keyboard will actually be visible.

Pokdepinion: The Nitro 5 looks sleek and the Chromebook 11 is seriously practical. No one does Chromebook better than Acer, I’d vouch for that. And you don’t really have to worry about Acer when it comes to pricing. We never did. 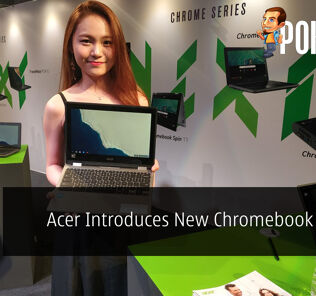 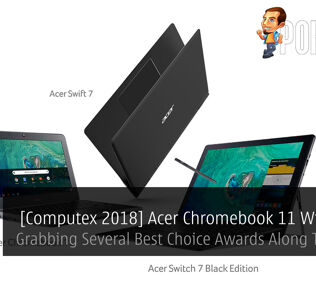