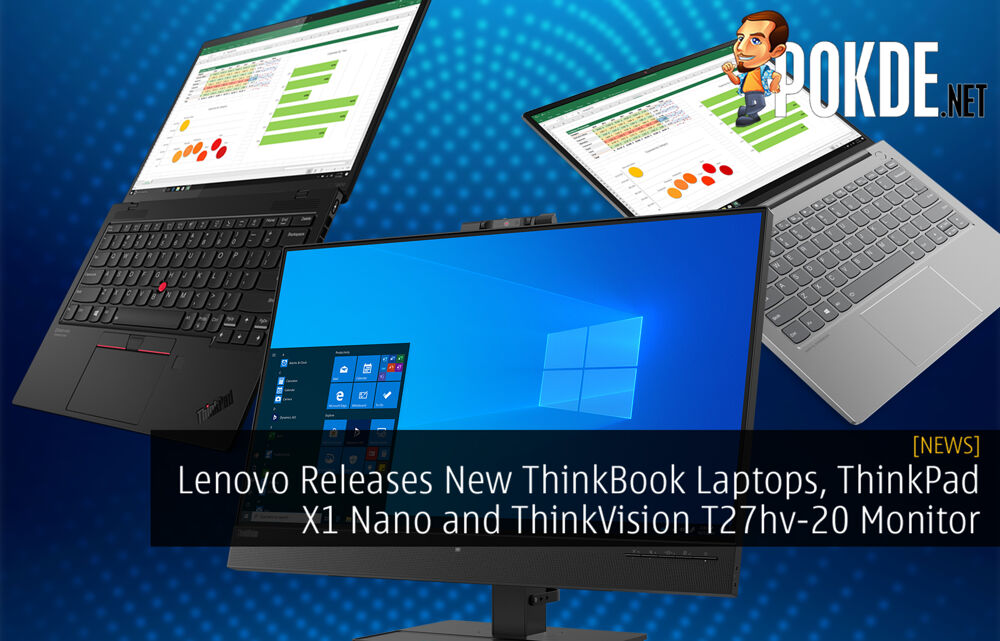 Lenovo has just released a slew of new products which include new additions to their ThinkBook line, a ThinkVision T27hv-20 USB-C Hub monitor, ThinkPad X1 Nano and their latest Software as a Service (SaaS) tool, Lenovo Device Intelligence.

Their unveiling of the ThinkBook laptops is their broadest ThinkBook portfolio to date, as it spans quite a few different products. Here are all the ThinkBooks that Lenovo launched: 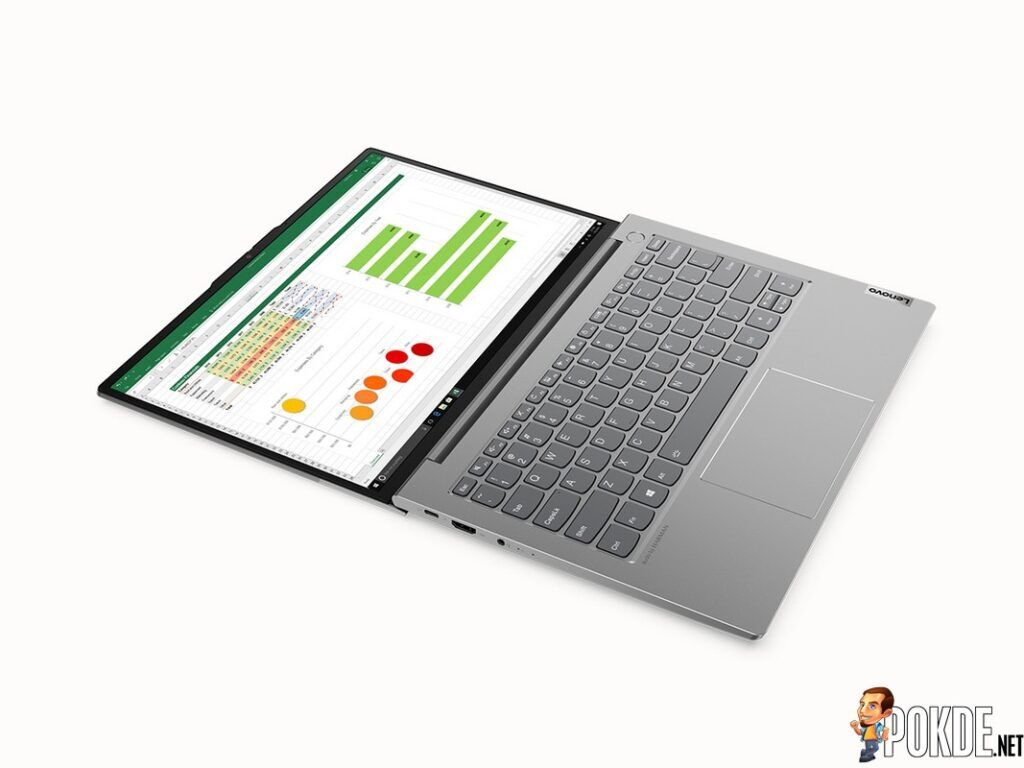 The ThinkBook 13s Gen 2 i is a laptop that was co-engineered with Intel and features a WQXGA display which has been tested, tuned and verified to meet the requirements of the Intel Evo platform across hardware specifications. The display is a 13.3-inch display with a 16:10 aspect ratio and offers 90% screen-to-body ratio with ultra-narrow bezels. It also features Thunderbolt 4, optional PCIe Gen 4 storage and long battery life to keep you productive throughout your work day. 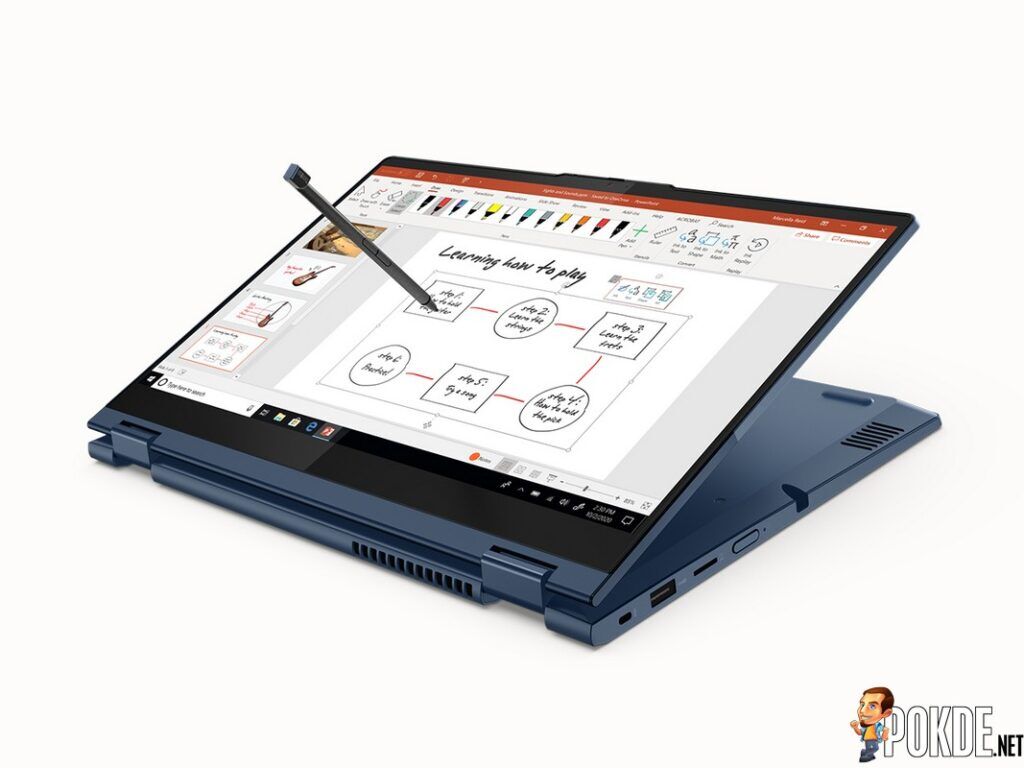 The ThinkBook 14s Yoga i is a 2-in-1 laptop that’s powered by 11th Gen Intel Core processors and sports connectivity features such as Thunderbolt 4 and USB Type-C ports. The ThinkBook 14s Yoga i also supports Smart Pen which you can sync with your device. When logged into Windows 10, Windows Ink shortcuts are ready the moment you pick up the Pen. The 14s Yoga is available in classic ThinkBook mineral grey, but a limited-edition Abyss Blue version is available adding the right mix of flair and elegance. 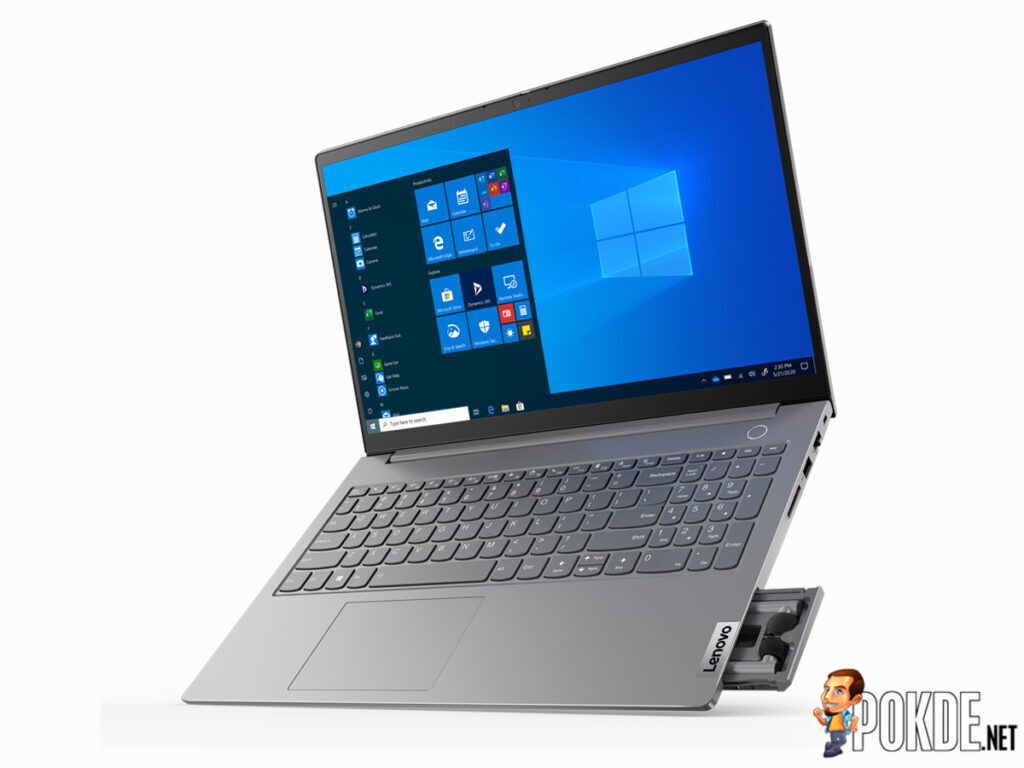 The ThinkBook 15 Gen 2 i is by far the most intriguing of the bunch mainly due to the fact that it comes with its own integrated pair of wireless earbuds. These earbuds charge automatically when stored and connect to the laptop audio instantly when taken out. Muting or unmuting yourself during calls is as easy as a double tap on the earbuds. The earbuds are also equipped with dual mics and environmental noise cancellation.

The ThinkBook 15 Gen 2 i is powered by 11th Gen Intel Core processors with Intel Iris Xe graphics and features flexible storage options that include a combination of Hard disk drive (HDD) and Solid-state drive (SSD) or dual SSD. 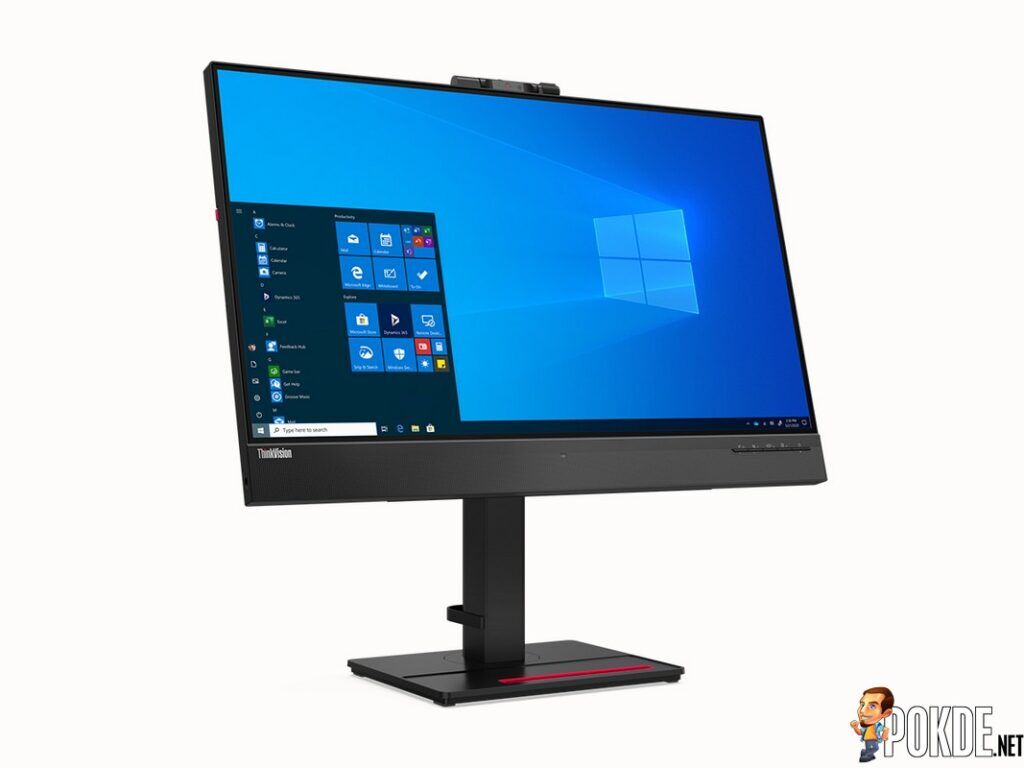 The ThinkVision T27hv-20 also comes with features such as: 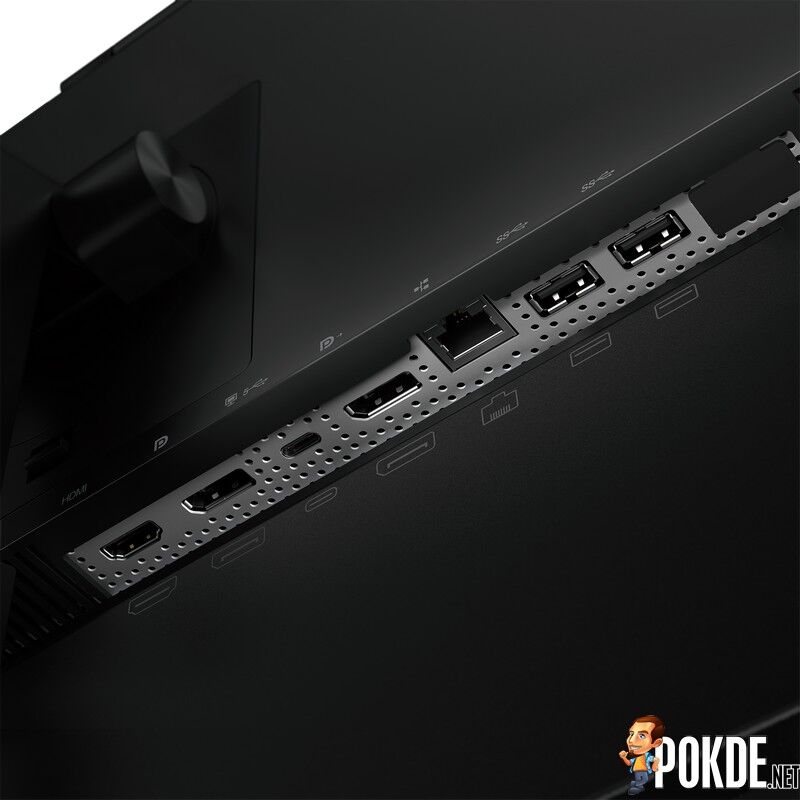 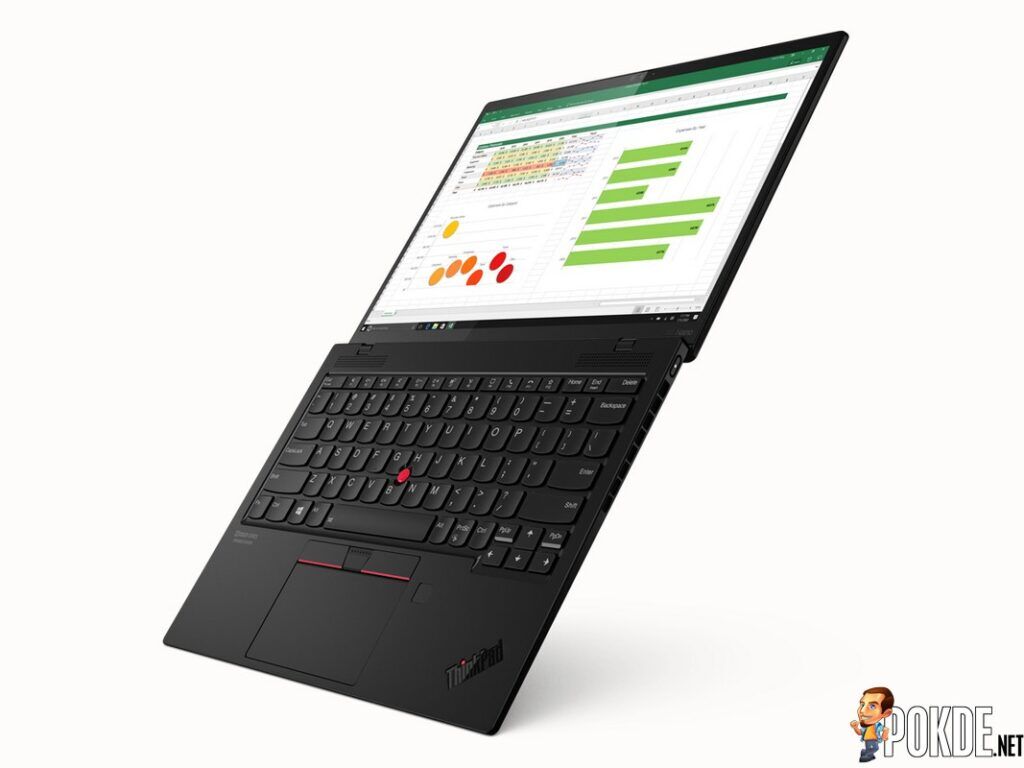 The ThinkPad X1 Nano weighs less than one kilogram or exactly 907g and is the lightest ever ThinkPad. It comes packed with up to 11th Generation Intel Core i7 processors with Intel Iris Xe graphics a narrow bezel 13-inch 2K Dolby Vision display with a 16:10 aspect ratio. The ThinkPad X1 Nano also features four speakers with Dolby Atmos support combined with four 360-degree microphones.

The ThinkPad X1 Nano is the first ThinkPad to feature an updated suite of AI and biometric ThinkShield security features. These range from new voice recognition and human presence detection that enable zero touch login and device lock when the user walks away to the familiar Match on Chip Fingerprint Reader. 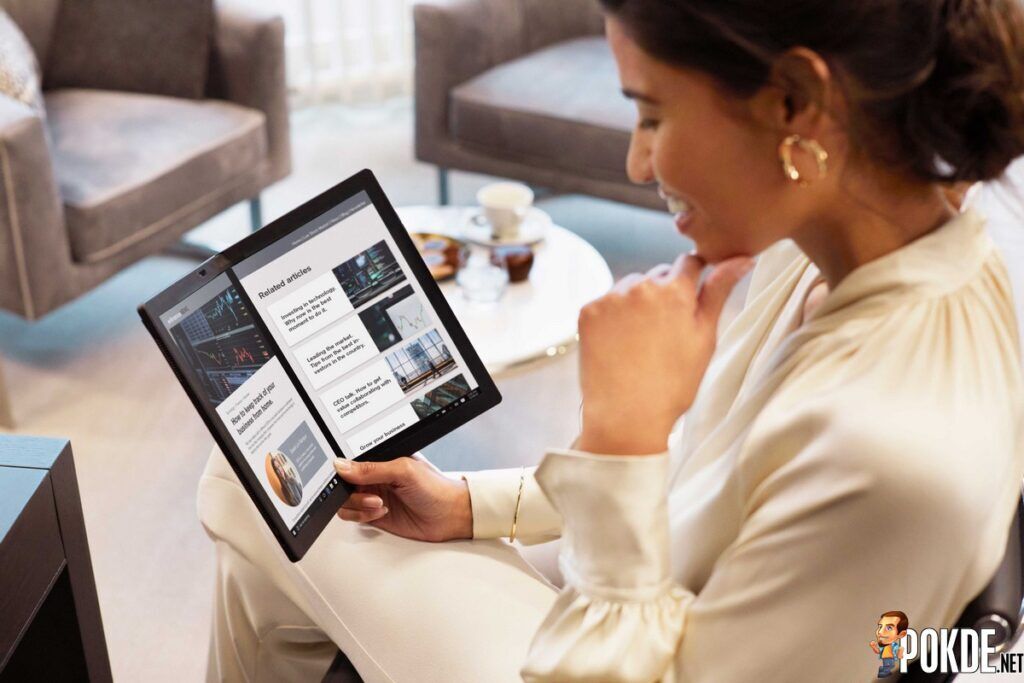 Five years in the making, the ThinkPad X1 Fold is the first of its kind in a new personal computing category that will push boundaries and redefine how we engage with technology. Carry small, use big. ThinkPad X1 Fold adapts to new remote, office and hybrid working models, enabling trailblazers to embrace ground-breaking innovation that will empower creativity, collaboration and entertainment as it seamlessly transforms to their specific needs.

The ThinkPad X1 Fold will come with optional accessories such as the Bluetooth Mini Fold Keyboard that can be stored
and wirelessly charged inside the system; the Lenovo Mod Pen so users can take notes, annotate or sign legal documents; and the Lenovo Easel Stand for easy portrait or landscape placement on a desk. The ThinkPad X1 Fold is available for pre-order now with prices starting at $2,499 (RM10392.09).

Pokdepinion: That’s quite a lot of products that Lenovo has launch right there. By far the most interesting for me is the ThinkPad X1 Nano. I mean it weighs less than a kilo! That’s lighter than my cat.. 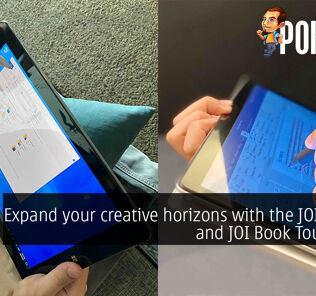 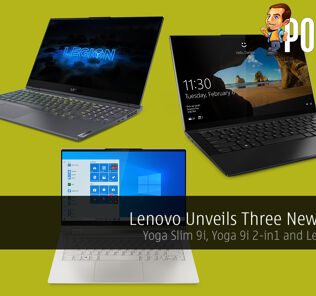 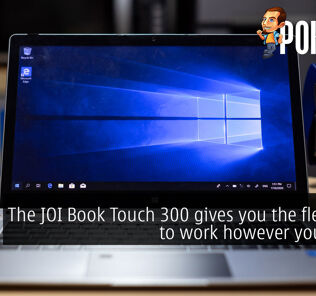 The JOI Book Touch 300 gives you the flexibility to work however you want!
Read More
2236 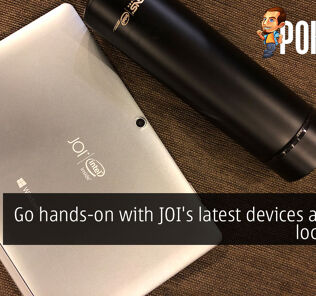 Go hands-on with JOI’s latest devices at these locations!
Previous