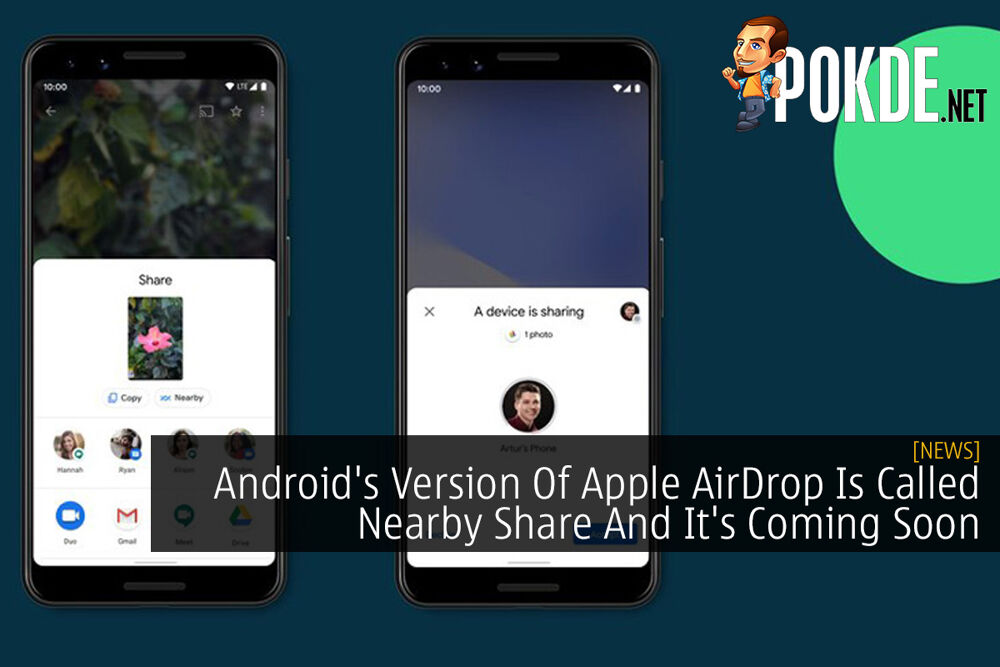 It appears that Google has finally created a feature that lets Android users to quickly send files to the people around them, similar to Apple’s AirDrop. What’s it called? Nearby Share is the name.

Google has been working on the feature for years and finally Android users will be getting it. With it, you can transfer files by either Bluetooth or having both devices connected to the same Wi-Fi.

The company has said that Nearby Share will be coming to “thousands” of Android smartphone models. It seems that devices that’s running on Android Marshmallow (Android 6) and above will be getting it.

They’ve said that the first to get the feature will be selected Samsung and Google Pixel smartphones in the early stages.

Pokdepinion: I don’t see myself using it too much… Despite that, it’s still something nice to be offered to Android users all around.

Raja Idris
The name's King, Kingky King. Likes to keep it simple and straightforward. A person who games regardless of what platform. Need value for money performance? Get AMD.
Pokde Recommends
AndroidfeatureGoogleMalaysiaMarshmallowPixelreleaseSamsungGadgetNewsSmartphone
MORE
Read More
702

Go back to school in style with the latest 10th Gen Intel Core laptops!
Next