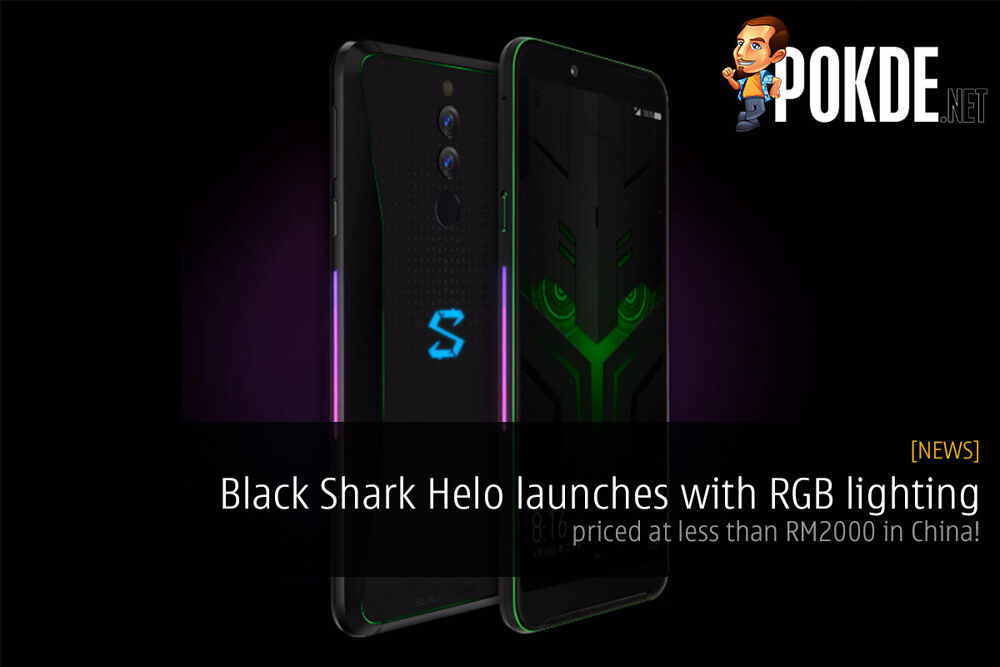 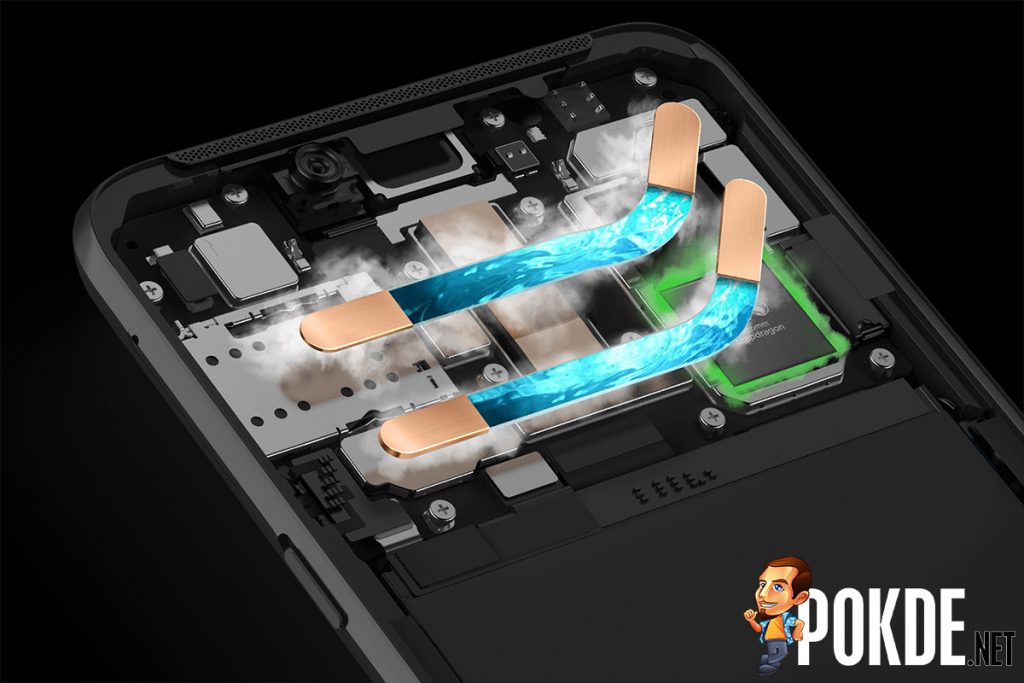 The Snapdragon 845-powered Black Shark Helo once again snags the title of “Most Affordable Gaming Phone” in the market. However that claim is only applicable for the base version. The highest end Black Shark Helo now comes with up to 10GB of RAM and 256GB of storage, a healthy upgrade over its predecessor. It also has two heatpipes to cool the Snapdragon 845, ensuring better performance when gaming. 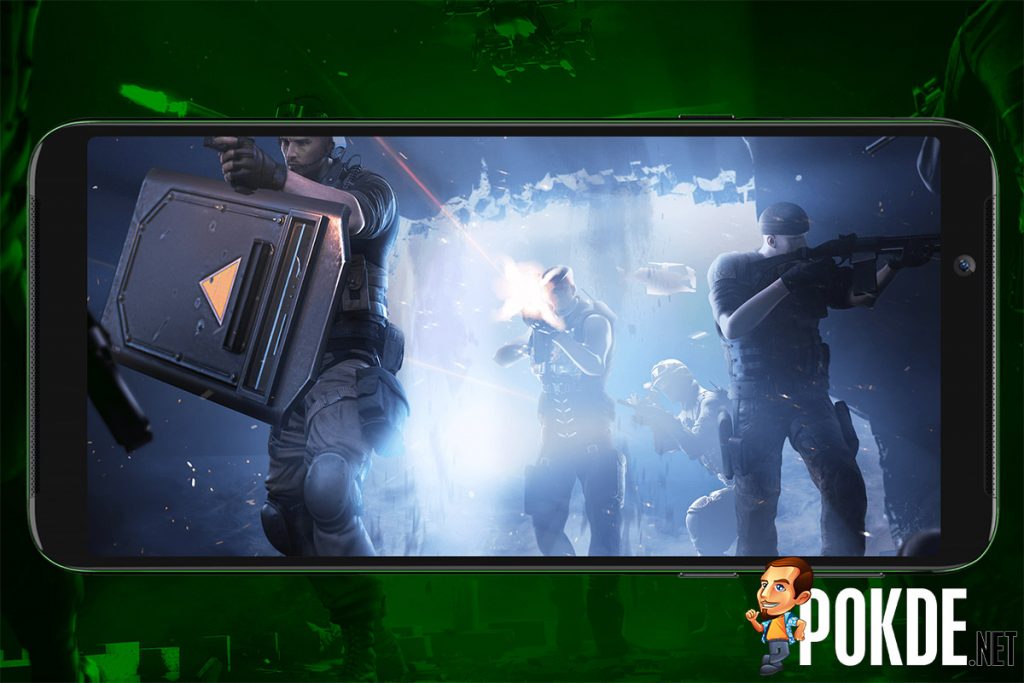 It also received a screen upgrade. It now features 6.01″ AMOLED panel with 100% NTSC gamut coverage and HDR capabilities. While it doesn’t have a high refresh rate of the ROG Phone or Razer Phone 2, the Black Shark 2 uses motion estimation/motion compensation (MEMC) for a more fluid experience. Stereo speakers flank the display for a more immersive stereo sound. 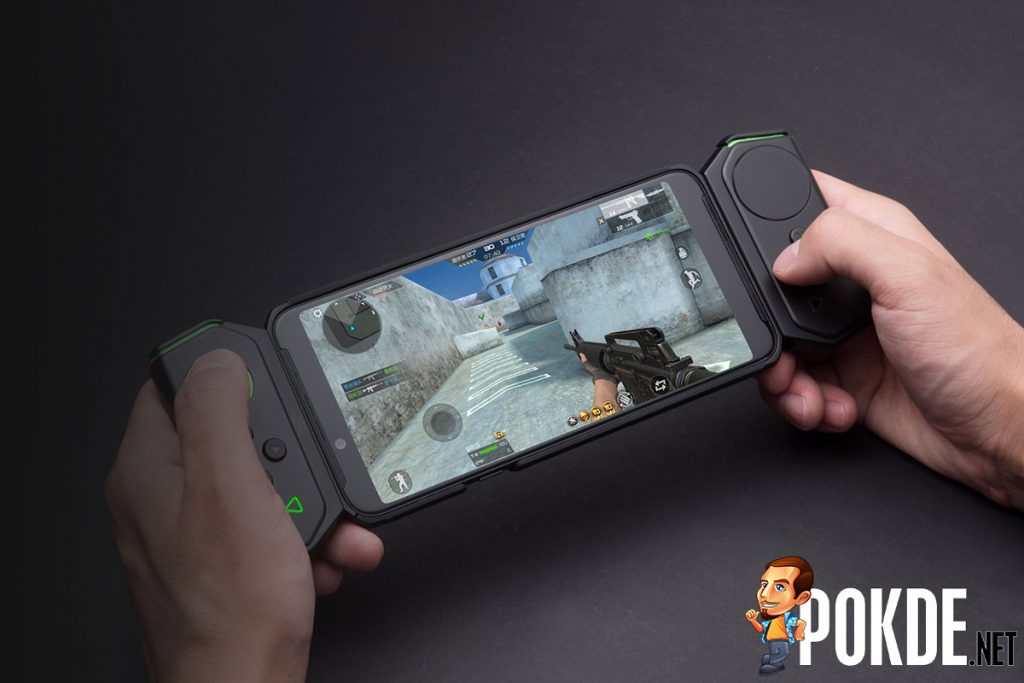 The biggest upgrade is probably the fact that the Black Shark Helo is now offered with two controllers instead of the single sided controller supported by the Black Shark. Interestingly, they dropped the 3.5mm jack despite Xiaomi marketing this as a gaming phone. The controllers are offered in a bundle with the device, but only the highest end variant (10GB + 256GB) gets both, while the lower end variants will only get one side, just like the Black Shark. 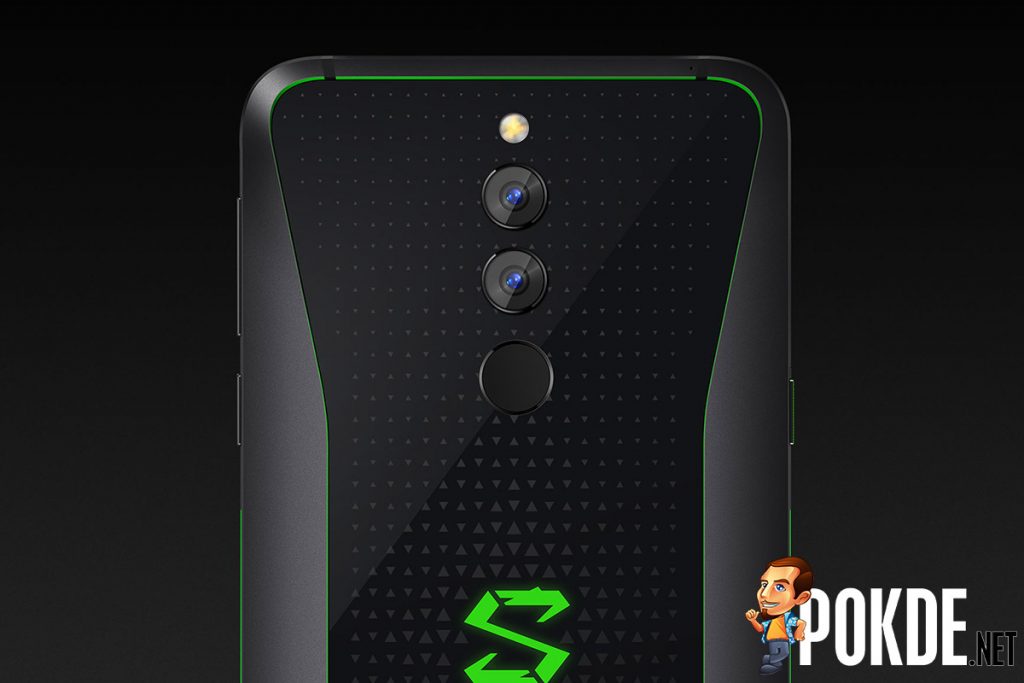 The gamer-centric design has been toned down a tad, with a more mature design this time. They now have RGB lighting on the sides as well as for the logo, to keep up with the times. The 12MP + 20MP rear camera also feature some AI chops from Xiaomi, thus promising better quality than the first.

The Black Shark Helo will be offered in three variants, a 6GB + 128GB version which goes for RMB 3199 (~RM1918), an 8GB + 128GB variant going for RMB 3499 (~RM2098) as well as the high-end 10GB + 256GB version. The latter’s pricing has yet to be confirmed. The Black Shark Helo is currently available for pre-order in China, with international availability still uncertain.