You May Have One Solid Reason to Stop Using Google Chrome Now
Sections
Gadget
Now Reading
HUAWEI Mate 20 can wirelessly charge other devices. Like the wireless Freebuds 2 Pro that looks eerily similar to the AirPods
NextPrev
Contents
2671
1

HUAWEI Mate 20 can wirelessly charge other devices. Like the wireless Freebuds 2 Pro that looks eerily similar to the AirPods 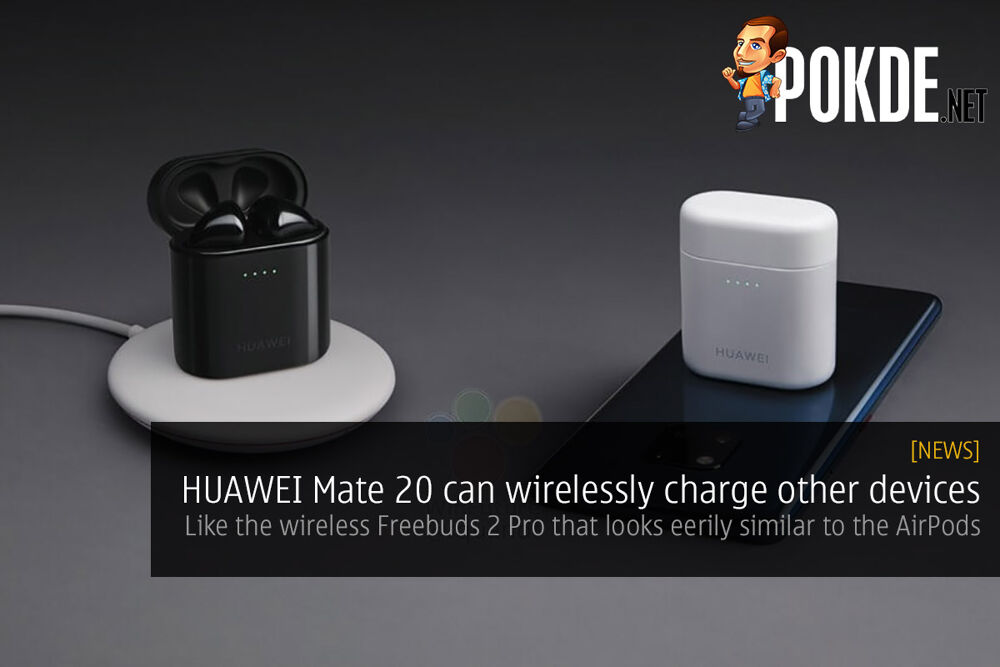 Wireless charging is no new feature now. Even Apple has it. I don’t factor it as an important feature which will decide whether I pick a device, but I am pretty sure some people do find it nice to have. I can understand the novelty of being able to charge your device when you put it down onto a Qi wireless charger, but what if, your phone is a Qi wireless charger itself?

That probably won’t be your primary method of charging your Freebuds 2 Pro, but it is definitely a novel way to go about it. I would imagine that it would be useful to users who run out of battery when they are out and about, away from a Qi wireless charging pad. Or you can also connect a USB Type-C cable to charge it, but that won’t be nearly as cool, would it?

Aside from cool charging chops, the Freebuds 2 Pro will be among the few earphones with Bluetooth 5.0 support, Hi-Res Wireless Audio with bitrates of up to 560 Kbps, and is expected to work seamless with Google Assistant. We expect to see the new Freebuds 2 Pro launched 16th October, with pricing around €150 (~RM725.86).