HUAWEI will continue supporting all existing HUAWEI and HONOR smartphones 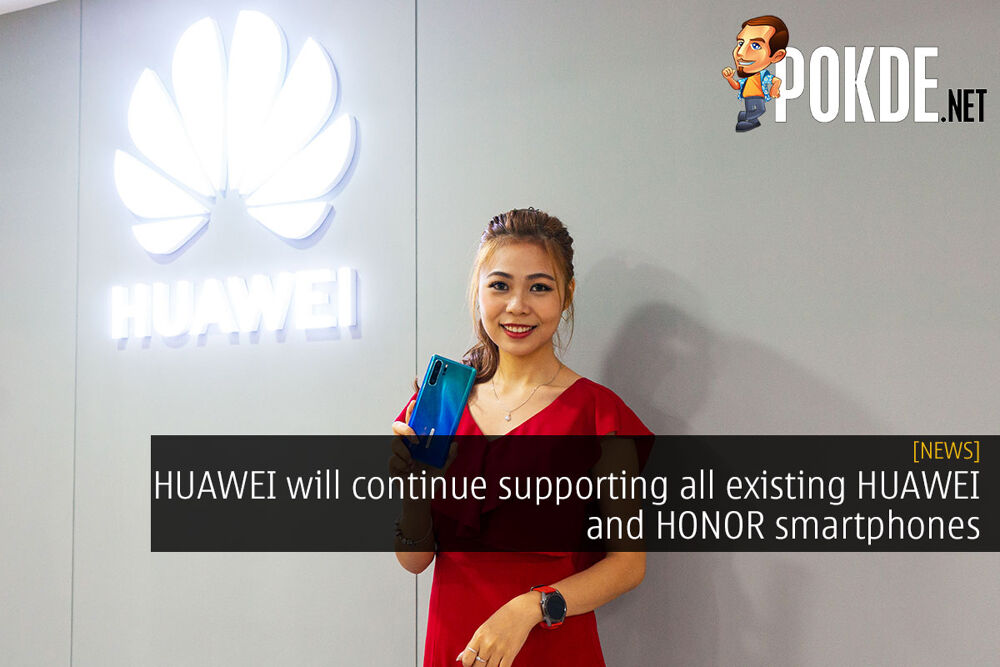 Google may have severed ties with HUAWEI, but HUAWEI is still committed to providing timely updates and after sales services for their existing smartphones. This includes devices that they may still have in their inventory, which should include the upcoming the HONOR 20 series, set to be launched tomorrow.

It seems like HUAWEI will continue pushing out security patches for all the HUAWEI and HONOR smartphones they have previously sold or is in stock. HUAWEI seems to still consider themselves as one of Android’s key global partners, although what happens next is still pretty complicated.

They did allude to the fact that they will continue to build a safe and sustainable software ecosystem, which might be a hint at Hongmeng, HUAWEI’s upcoming smartphone OS.

Pokdepinion: Well at least the people who spent thousands on a HUAWEI P30 or HUAWEI Mate 20 aren’t going to be left high and dry…

Hongmeng will be HUAWEI’s answer to Google’s boycott
Next