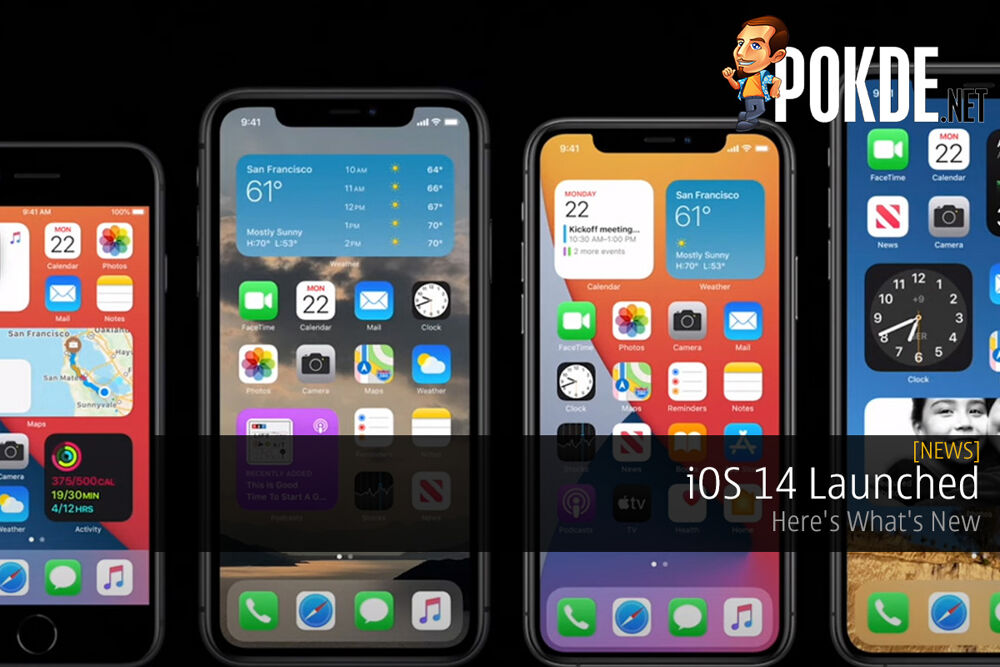 Apple has recently revealed their new iOS 14 at this year’s WWDC 2020 keynote. If you’re wondering on what exactly is new on the OS, well let’s jump straight in.

The first new feature is the App Library, where it is basically a folder system for iOS that lets you organize app neatly. To utilize it, you can simply swipe right until the point of the last screen on display. With it, you can also hide apps and there’s a search bar for you to find your needed app.

Following that is the introduction of widgets in the new update. This lets you organize what you want to be displayed on the home screen, offering customization.

Some might be glad that iOS 14 will bring in a Picture in Picture mode for the iPhone. If you’re not sure of what this means, well you can open a video and minimize it, allowing you to still watch the video while you are using your device. They’ve said that the feature will be coming out for iPads first however.

Siri also comes in a new and improved design and Apple has additionally introduced a new app by the name Translate, which support offline translations for languages.

Next up is improvements to Messages where you will be allowed to pin messages in the stock messaging apps. There’s also new Memoji customization options now. Additionally, they’ve added inline replies to iMessage which allows you to reply to individual messages, mention specific people, as well as getting notified on when you are mentioned.

Interestingly, the company has spoken about CarPlay, where they claim that you can soon use your iPhone as a car key. Apple is apparently working with BMW in launching a car next month and the feature will work on iOS 13 devices as well.

Pokdepinion: Nothing much new in the world of tech.. but dang, your phone as your car key? I’m not sure what to make of that.