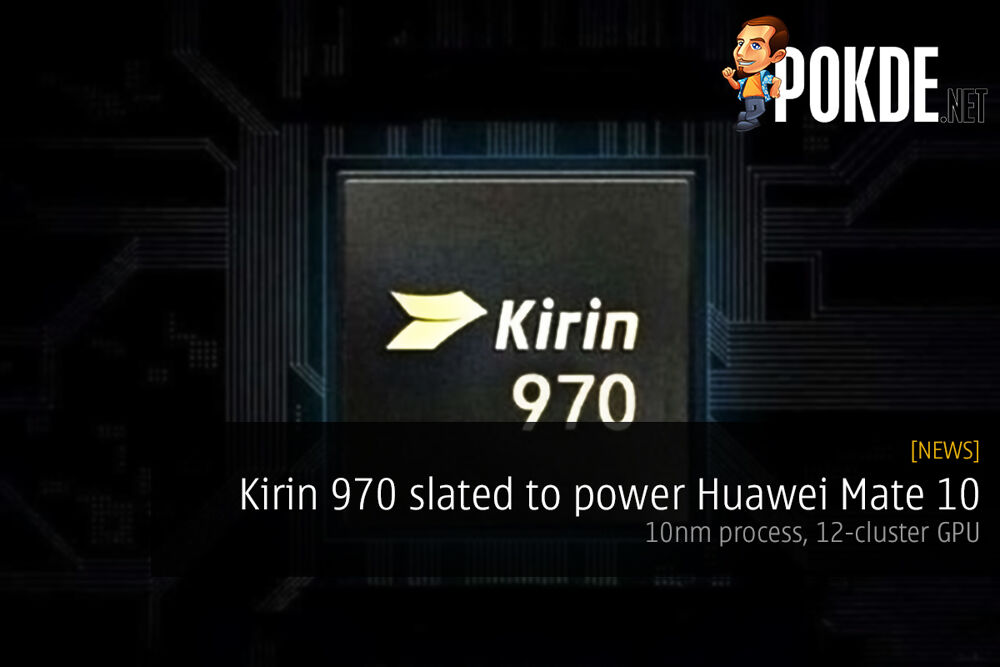 Huawei will be launching their Mate 10 pretty soon, and it seems that it will be powered by a new chipset. It is no surprise as Huawei has been launching their Mate series with a new in-house chipset for quite some time already. This year, the Kirin 970 is set to be the one powering the next flagship from the Chinese company.

The Kirin 970 is expected to be built on TSMC’s 10nm process, an improvement from last year’s TSMC 16nm process used to build the Kirin 650 series and Kirin 960 SoCs. The jump to 10nm will bring it up to compete with the Snapdragon 835 and Exynos 8895 which are manufactured on Samsung’s 10nm process. This move will hopefully lower the power consumption of the upcoming Kirin chipset, as battery life issues plagued its predecessor.

According to the rumors, the Kirin 970 will once again pack Cortex-A73 cores in its performance cluster and A53 cores for its efficient cluster, but with the smaller process node it may be possible to clock them higher for better performance without affecting battery life. The GPU will see a bigger upgrade, moving up from the eight-cluster Mali-G71MP8 to a 12-cluster Mali-G71MP12. An improvement in performance over last generation’s Kirin 950 will definitely be apparent, but it will still lag behind the competition, with the Exynos 8895 having a Mali-G71MP20 and still barely besting Qualcomm’s Adreno 540 GPU.

Overall, the Kirin 970 doesn’t look like it will blow minds with a massive jump in efficiency or performance, but more of an iterative upgrade with a process shrink. The Kirin 970 is expected to debut in the Mate 10 sometime in October.

Pokdepinion: It looks like this is going to be a iterative upgrade instead of a big jump like the Kirin 960.