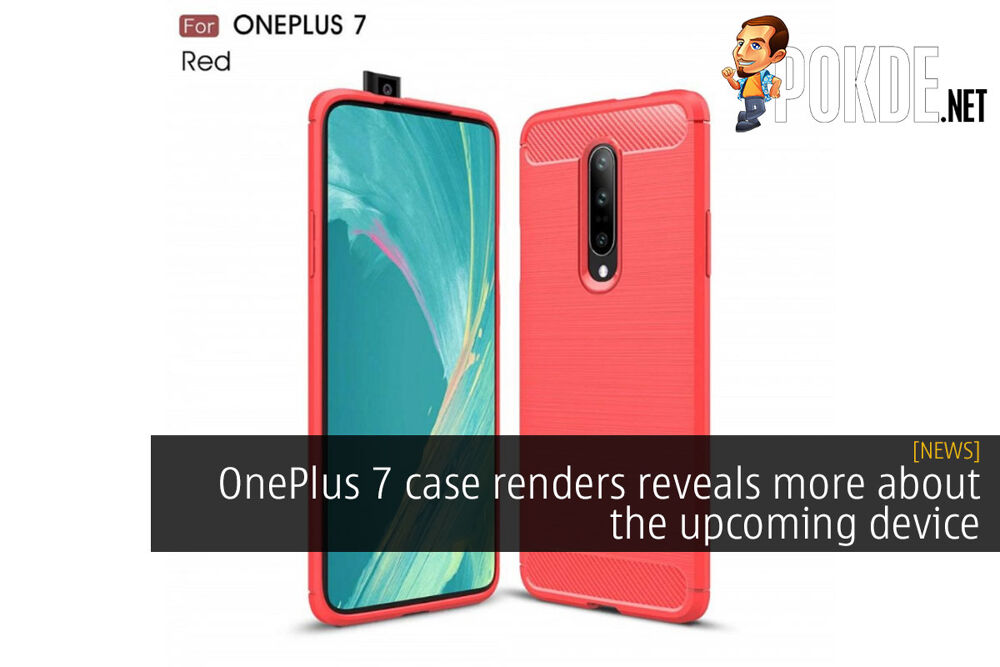 The OnePlus 7 has already been leaked previously with most of its specifications revealed. However this latest leak shows more of the design, with a popup camera in clear view, along with a full bezel-less display. 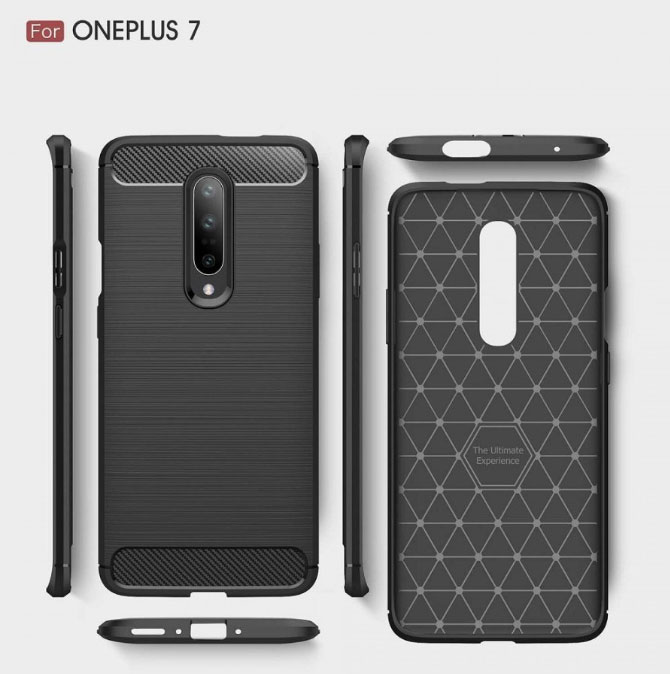 The case renders also shows that you won’t be getting the 3.5mm jack back after OnePlus removed it from the OnePlus 6T. Another thing that OnePlus users will be missing is the ingress protection, as it would be near impossible to offer water resistance with a popup camera. Given that their previous design still lacked a proper IP rating, we don’t expect OnePlus to jump through hoops to give us ingress protection with the more complex OnePlus 7. 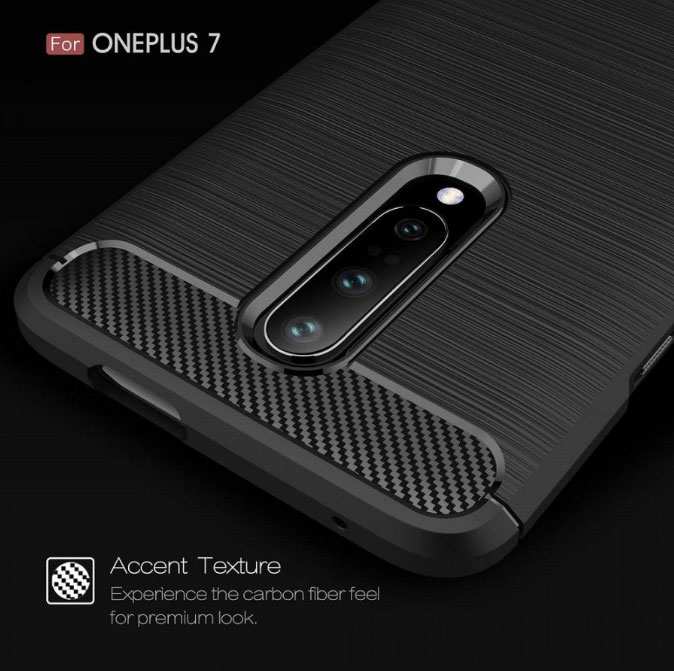 The case renders confirm the prior rumors of a triple camera on the back of the OnePlus 7.

The case also reveals the triple rear camera of the OnePlus 7. OnePlus is expected to offer a 48MP + 20MP + 16MP rear camera, with a 16MP popup selfie camera. Prior leaks have revealed that the OnePlus 7 will also have the biggest battery ever in a OnePlus device, so we do look forward to seeing it in action. You won’t be getting wireless charging though, with Pete Lau calling the technology “nonsense”.

With the Xiaomi Mi 9 already in the market, the OnePlus 7 may already be dead upon arrival. Unless, of course, you really hate having a notch, even if it is a tiny waterdrop notch.