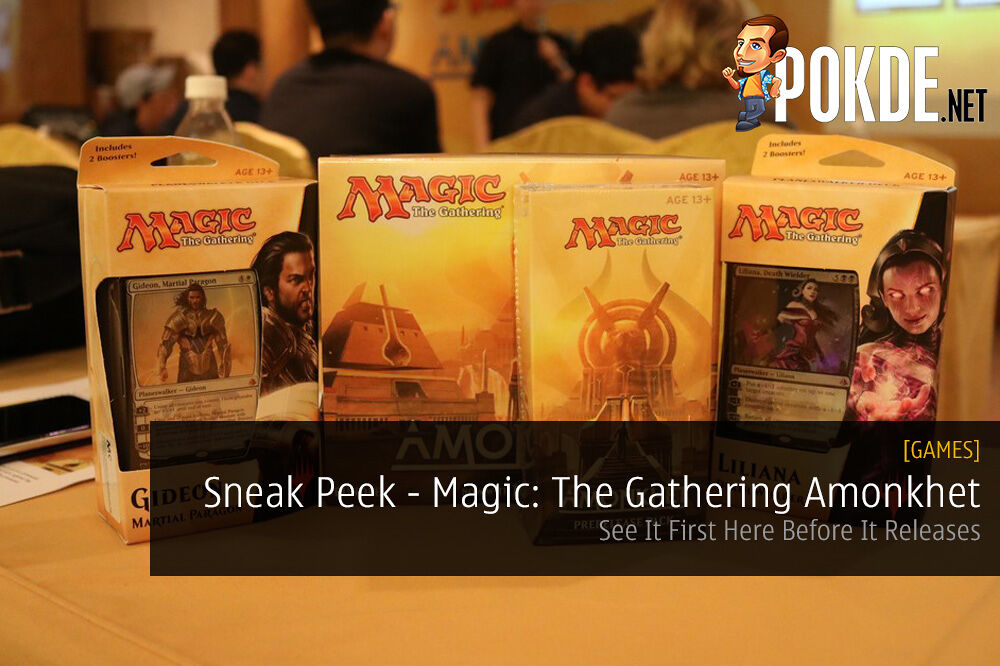 Get the first look at Magic: The Gathering’s Amonkhet expansion before it finally comes out!

I remember a time when people were so into trading card games. People used to flock hobby shops across the country to try and grab some rare cards while also battling with their friends to see who’s the best one around.

Well, if you thought Magic: The Gathering isn’t doing well and no one’s playing them anymore, you’d be surprised. We were invited to a pre-release event for the game’s latest expansion; Amonkhet. 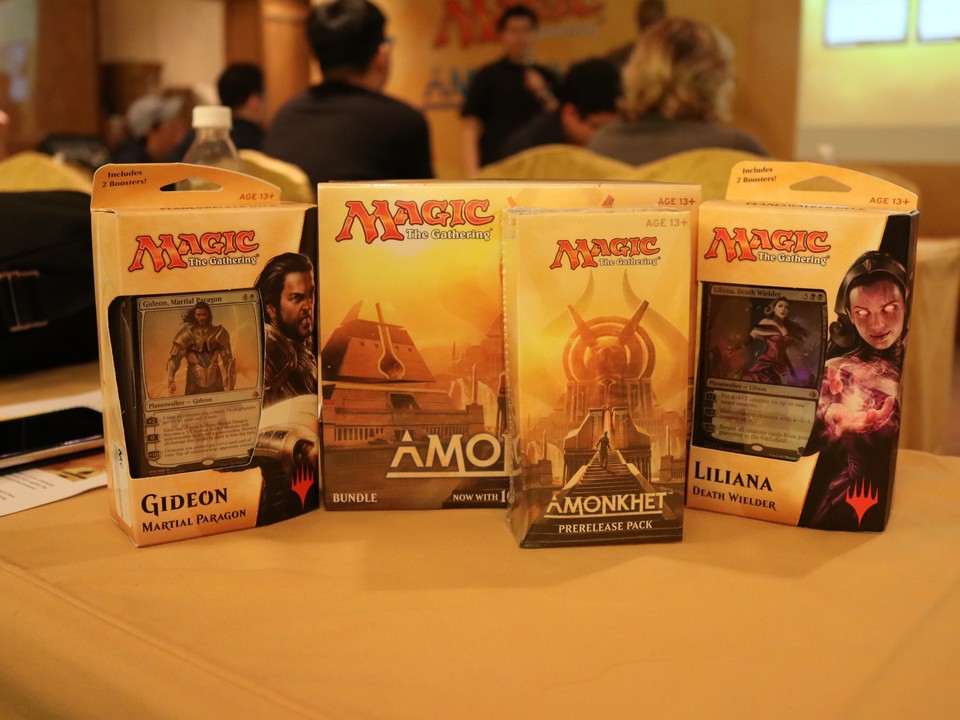 The Amonkhet expansion brings Magic: The Gathering players to a new world of the same name. The might and majesty of the God-Pharaoh is all around. However, the plane is also ruled over by Nicol Bolas.

Most residents of Amonkhet have one mission in life; prepare for a glorious afterlife. Death is all the rage here, and the new abilities in this set put the graveyard in the spotlight. To undergo the five trials of the Gods and become worthy, an initiate must hone body and mind. With the main objective of taking out Nicol Bolas, The Gatewatch is faced with intense opposition.

Unboxing of the Amonkhet Pre-Release Pack 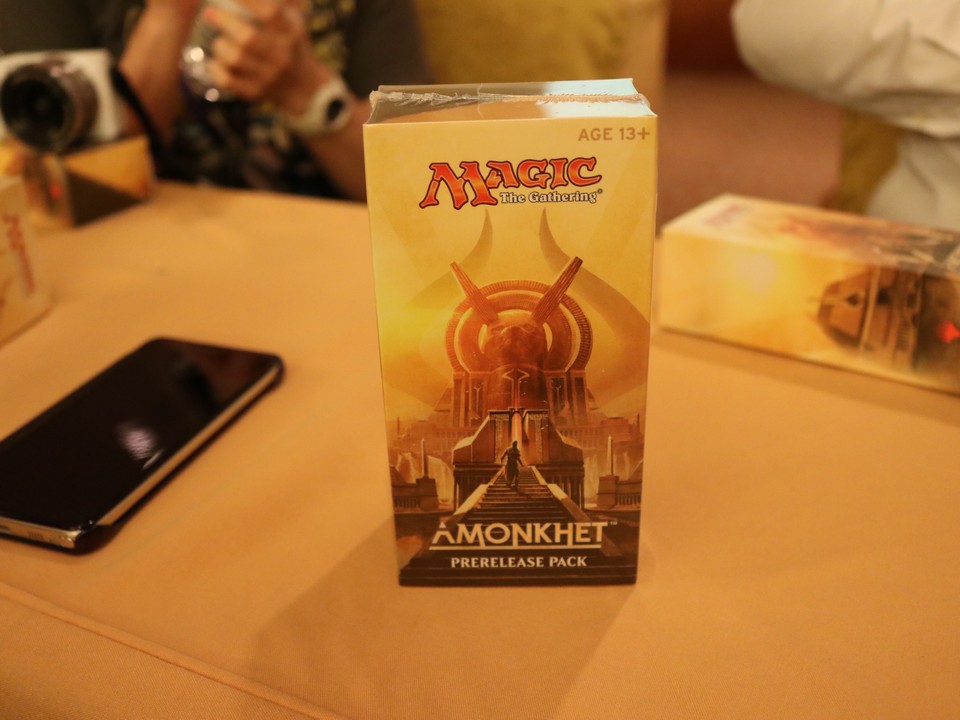 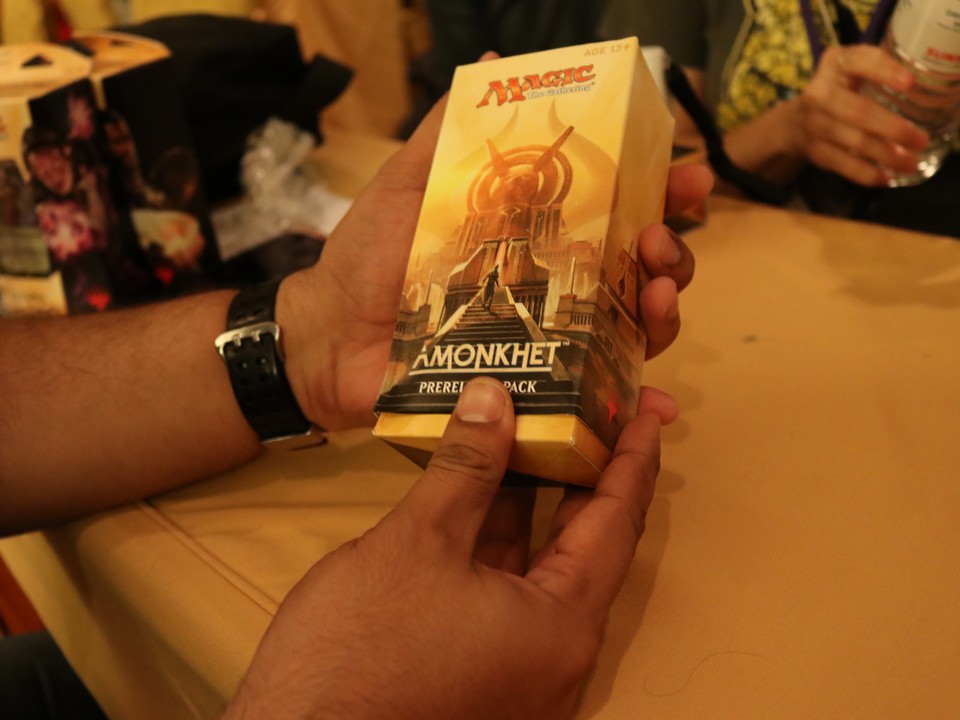 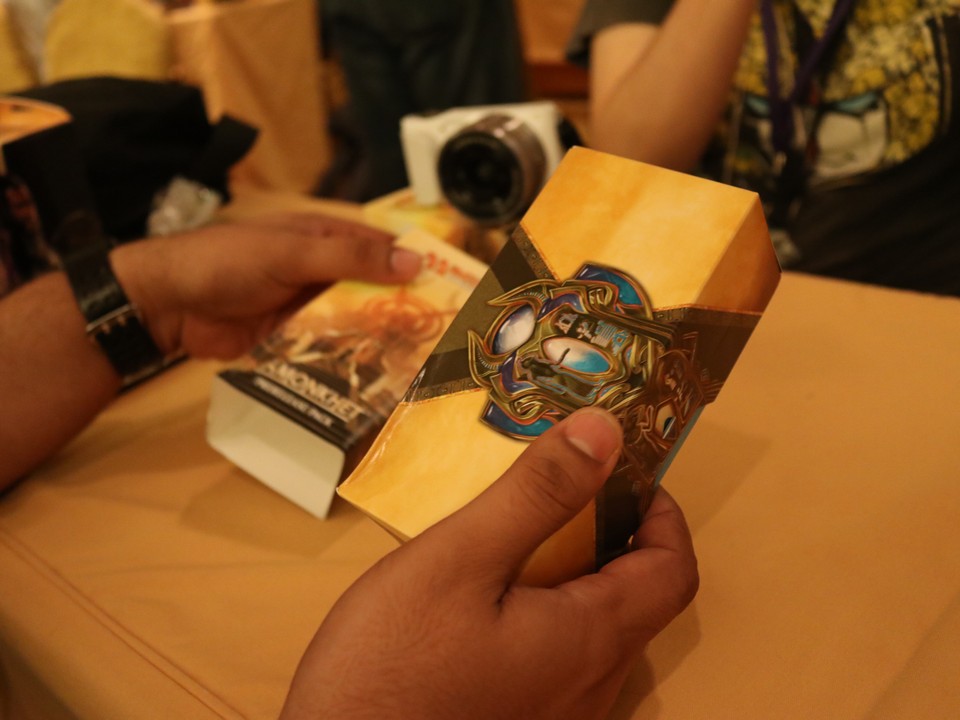 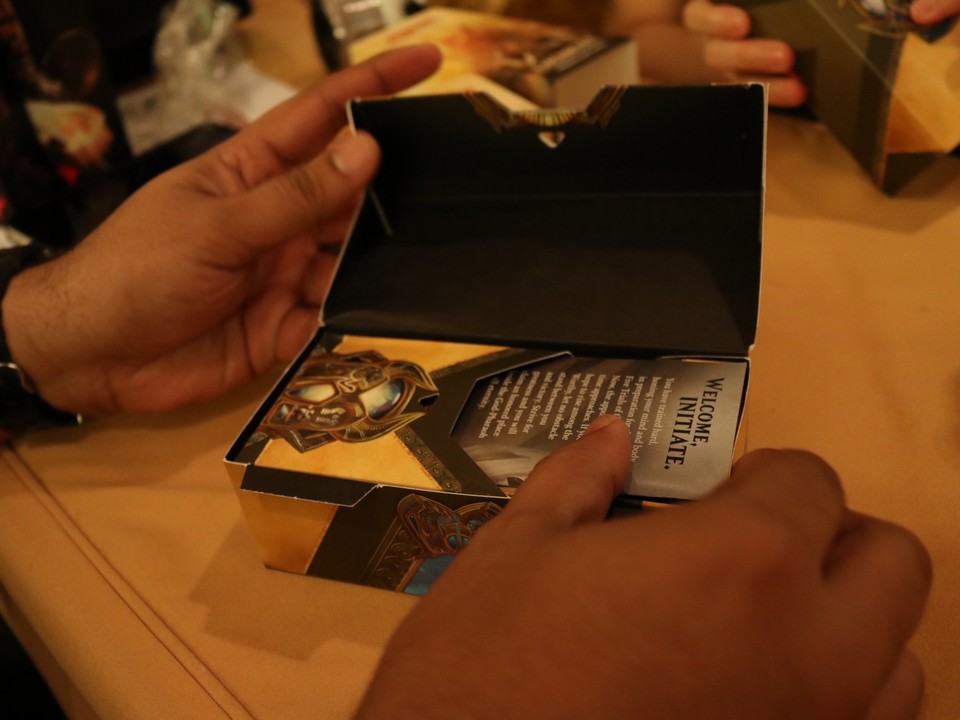 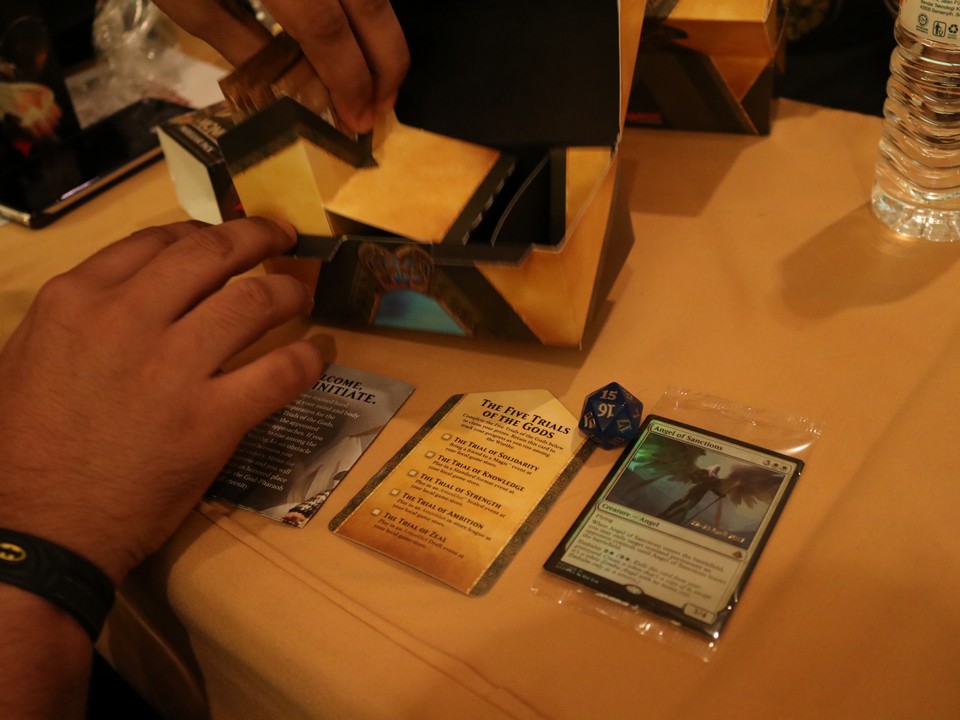 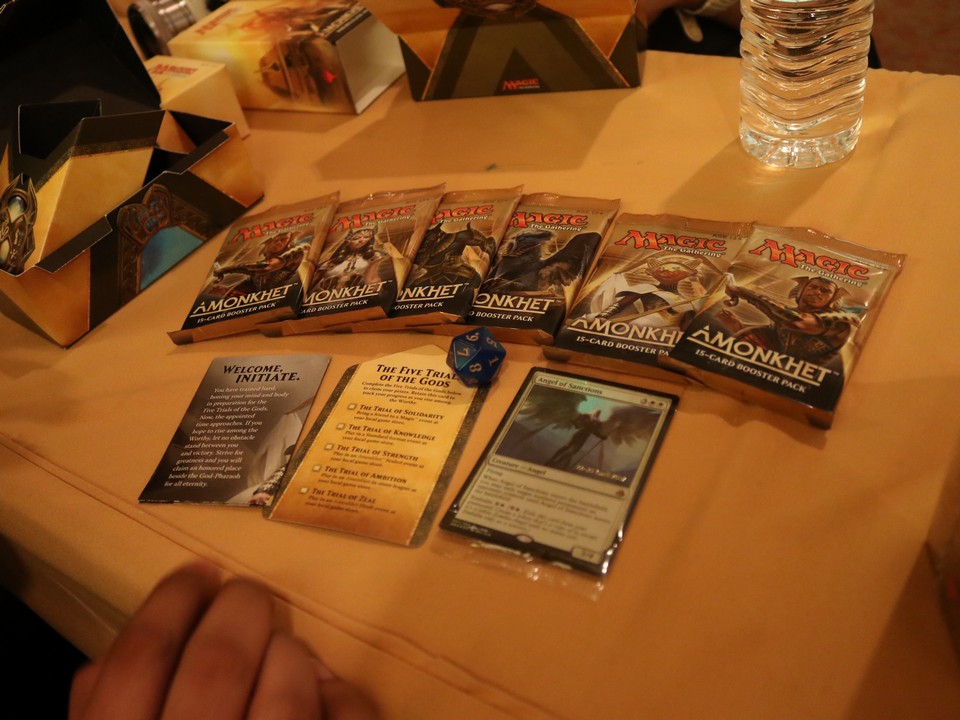 The new set also has a number of new abilities that they want to let people know about:

Embalm is an activated ability you can activate if the creature card with embalm is in your graveyard. You’re not casting the card from the graveyard, so things that counter spells won’t work against the embalm ability. The original creature spell can be countered, but that just puts the card in the graveyard.

You make the decision whether to exert a creature as you declare it as an attacker. If you choose to have it exert, an ability will trigger and grant you some bonus. As a trade-off, the creature won’t untap during your next turn.

The new aftermath ability lets instants and sorceries in on the graveyard party with a new twist on split cards. You can cast both halves of an aftermath card in the same turn, or you can space it out and have the card sit in your graveyard for a few turns.

Cycling lets you trade a card in hand for a new card. Maybe your opponent doesn’t have any good targets for Limits of Solidarity, or maybe you’re just good on life for now and need to find a threat. Whatever the reason, cycling a card gives you another shot and finding what you need. 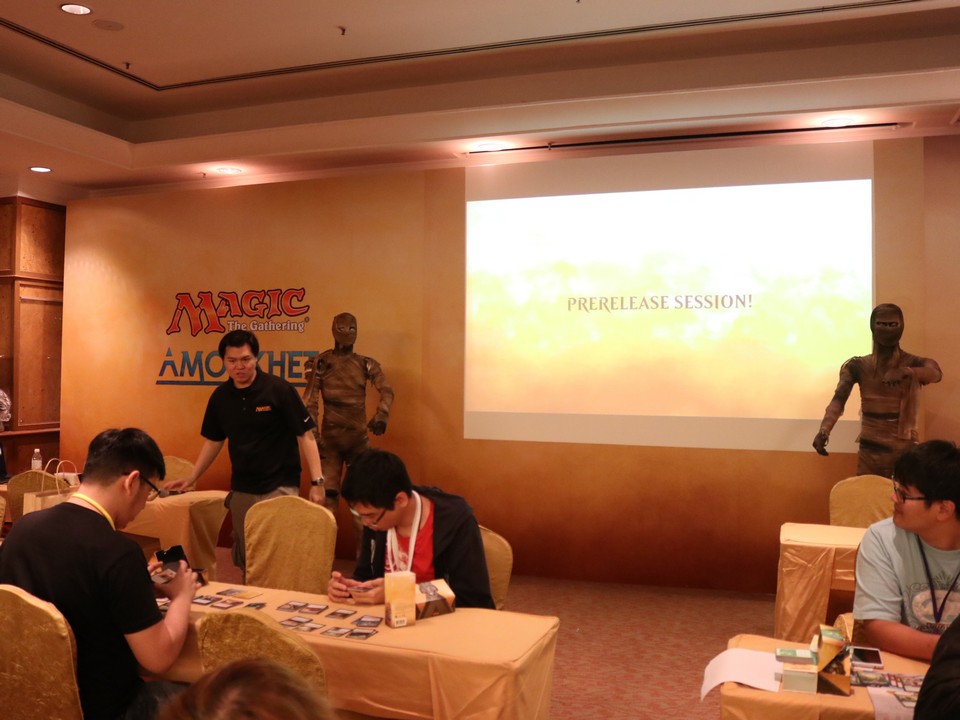 Prereleases are happening at all local stores in Malaysia on 22nd April 2017 onwards. Check out our tournament locator to find a local store pre-release event near you. These events are Sealed Deck format events, where players are given pre-release packs and time to construct a 40-card minimum deck. Unravel the madness at your local store this weekend.

Pokdepinion: Honestly, I was a bit scare when I jumped back into Magic: The Gathering. I have completely forgot about the game, and how to play it, but thanks to a buddy over at The Sun (Azizul), I’ve managed to experience the new Amonkhet expansion at its finest. It was great and it really made me want to jump back into it once more. If you actually play the game, look forward to it. It’s pretty good.

Aiman Maulana
Jack of all trades, master of none, but oftentimes better than a master of one. YouTuber, video editor, tech head, and a wizard of gaming. What's up? :)
Pokde Recommends
board gamesexpansionGamingNews
MORE
Read More
884 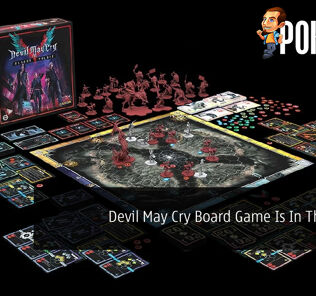