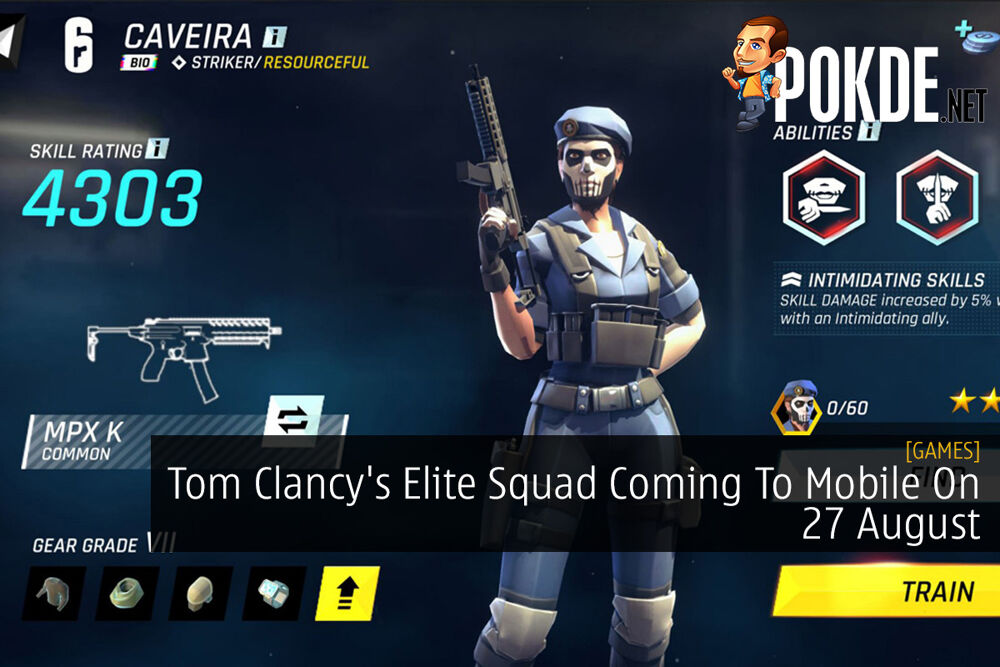 To add on to the Ubisoft Forward coverage that we’ve posted, the folks at Ubisoft has also introduced their first official Tom Clancy’s mobile game with the announcement of Tom Clancy’s Elite Squad.

Tom Clancy’s Elite Squad is a free-to-play mobile game that features iconic characters from the Tom Clancy’s universe which will be coming out on the 27th of August 2020.

The game is a military mobile RPG where you can see some of your favorite characters from titles such as Ghost Recon, Splinter Cell, The Division, and Rainbow Six, with over 70 characters to choose from.

There’s a campaign mode as well as a PvP battles that you can get yourself involved into. Not to forget, you can also participate in guild wars for an even competitive experience.

Tom Clancy’s Elite Squad will be available for both Android and iOS devices where you can now pre-register on either the Google Play Store or App Store to unlock an exclusive weapon for Montagne, which you may know from Rainbow Six Siege.

Pokdepinion: If you’re interested in the game, you might want to quickly pre-register yourself to get that weapon!

Raja Idris
The name's King, Kingky King. Likes to keep it simple and straightforward. A person who games regardless of what platform. Need value for money performance? Get AMD.
Pokde Recommends
Androidapp storefree to playGamesiosMalaysiamobile gamesPlay StoreAndroidGamingiOSMobileNews
MORE
Read More
260