Dragon Ball Xenoverse 2 is Bound for Nintendo Switch; Motion Control Kamehameha Because Why Not? 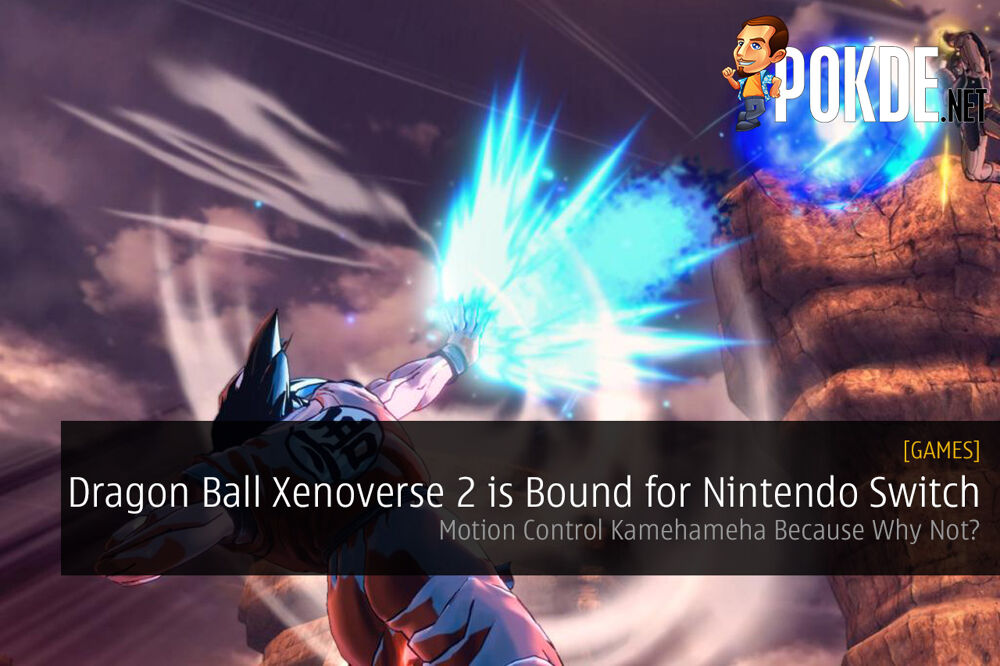 Dragon Ball Xenoverse 2 will be coming to the Nintendo Switch, and it will have some changes in how you play it.

Dragon Ball is a legendary series that many people across the world grew up with. The games are kind of a hit or miss situation as it can be really good, or really bad most of the time.

Plenty of people are complaining about the lack of games on Nintendo’s new system but keep in mind, it is still pretty new. Either way, if you’re a Dragon Ball fan and you have a Nintendo Switch, this might be something to look forward to.

Officially announced by Bandai Namco via a tweet, Dragon Ball Xenoverse 2 is indeed coming to the Nintendo Switch. It will be arriving some time in the fall of 2017. It’s not going to be a simple port to the new platform as there will be some cool new features that will take advantage of the hardware.

The most unique addition will be its inclusion of motion controls. Motion controls can be used to perform some of the show’s most iconic techniques including the famous “Kamehameha”. Of course, they will be optional to all players.

On top of that the game will also include Ad-Hoc co-op play for up to 6 players. Which means you’ll be able to fight with up to 6 friends in the same room, obviously with the required number of Switch units. Players will also be able to compete against one another with separate joy-cons.

Bandai Namco has been teasing a bunch of new Switch games planned for 2017 and beyond. They just announced that One Piece: Unlimited World Red Deluxe Edition would be headed to Switch sometime in September.

At the moment, Dragon Ball Xenoverse 2 is already available for the PlayStation 4, Xbox One, and PC so if you can’t wait for it, you can grab it for those platforms. However, be warned that it won’t be the same as on the Nintendo Switch.

Pokdepinion: Well, it’s not a killer title for the platform but it does mean having more games for the Nintendo Switch. This is better than nothing. The whole motion control thing does seem very intriguing though.

Aiman Maulana
Jack of all trades, master of none, but oftentimes better than a master of one. YouTuber, video editor, tech head, and a wizard of gaming. What's up? :)
Pokde Recommends
Bandai Namcodragon ballnintendoSwitchGamingNewsNintendoSwitch
MORE
Read More
546