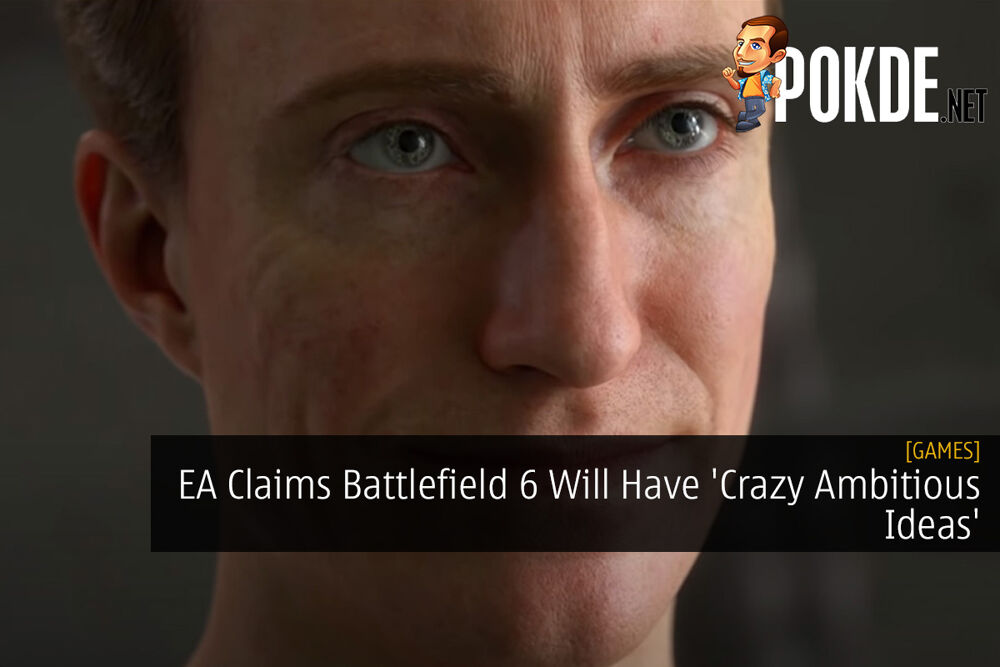 While we’ve previously reported that a remastered Battlefield 3 could be in the works, EA has shed some light of their new Battlefield 6 game where they claim that it will have ‘crazy ambitious ideas’.

As you might have known already, DICE is the team behind the Battlefield franchise. She notes that the team is making the new Battlefield title ‘something that’s never been seen before’.

Here’s what she has said:

Our studios are taking their crazy ambitious ideas and making them real. Every console generation DICE sets the bar for excellence in audio and visual presentation. We are creating epic battles at a scale and fidelity unlike anything you’ve experienced before.

As reported previously, we can expect Battlefield 6 to come out next year, making it available on the next-gen consoles as well.

Beforehand, the company has also revealed Star Wars: Squadrons, do check on about the game right here.

Pokdepinion: I just hope that the ‘crazy ambitious ideas’ is something worth looking out for and not another Battlefield Hardline..

Digi Prepaid NEXT Monthly Plans Launched From RM15
Next