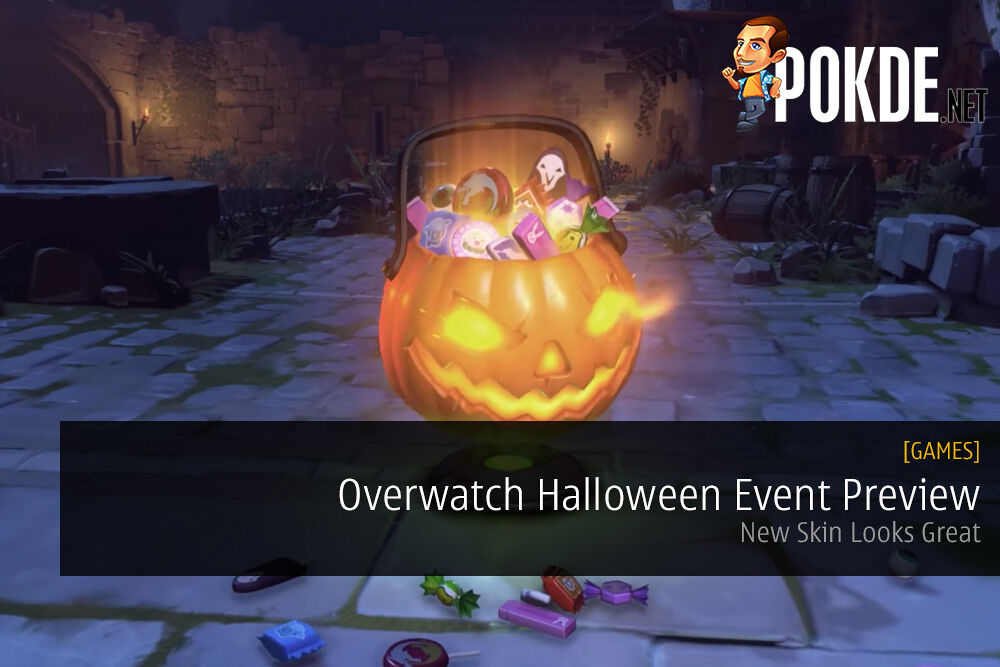 Blizzard has released a brief teaser for the Overwatch Halloween event. From what we can see, the new skins look pretty great. Time to grind some credits!

The nights grow cold
And monsters appear
A great evil gathers
And Halloween draws near… pic.twitter.com/98CXWqQ0gc

If you’ve been looking forward to more content in Overwatch then you’re wait is over. Today developer Blizzard teased an upcoming event for the game, and it’s based around a certain spooky holiday.

Just like last year, Halloween will be invading the popular first-person shooter. While the exact number of rewards players will be able to earn is unknown, we did get a first look at new Halloween-themed skins for both McCree and Reaper, as well as what looks to be the return of Junkrat’s skin from last year, thanks to a small teaser released on Blizzard’s Twitter account.

The nights grow cold
And monsters appear
A great evil gathers
And Halloween draws near… pic.twitter.com/98CXWqQ0gc

Overwatch Halloween Terror is set to begin in exactly one week, on October 10th 2017, and will of course be available on all platforms. As of the time of this writing, it’s unknown when the event will end. Judging by past events, it should last until very early November.

In other Overwatch news, two weeks ago the game received a new patch, which added a new map, balances for Mercy, a slew of bug fixes, and more. Towards the end of August, the game got two new modes: Deathmatch and Team Deathmatch.

Overwatch was officially released on May 24, 2016 and is available now for the PlayStation 4, Xbox One, and PC.

Pokdepinion: Can’t wait for the Overwatch Halloween event. I’m hoping to get the Dr. Junkenstein and Witch Mercy skin since I missed out on those last year. Then again, with new skins coming up, it might be tougher to get it but oh well. It’s worth a try.

Aiman Maulana
Jack of all trades, master of none, but oftentimes better than a master of one. YouTuber, video editor, tech head, and a wizard of gaming. What's up? :)
Pokde Recommends
BlizzardBlizzard EntertainmentFPSHalloweenMOBAOverwatchspecial eventGamingMicrosoftNewsPCMRPS 4SonyXBOX One
MORE
Read More
1828