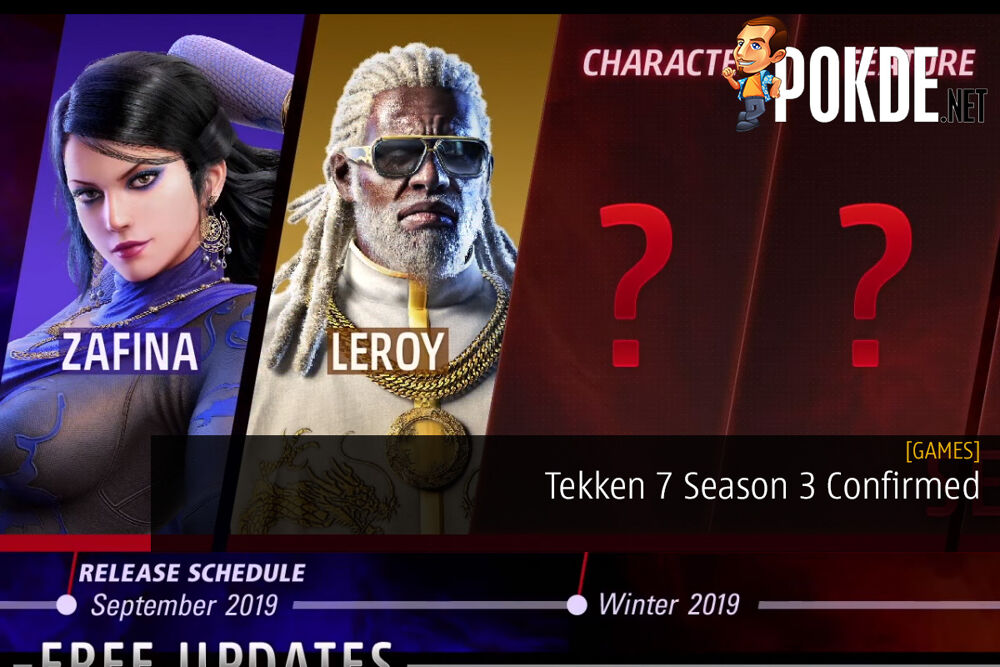 At EVO 2019, we saw the crowning of a new god of Tekken 7 in Arslan Ash. However, that wasn’t the only interesting thing that happened. After the grand finals, we were treated to a brand new trailer announcing the arrival of Tekken 7 Season 3.

In the trailer, it was shown that Tekken veteran Zafina will return to Tekken 7. The character first debuted in Tekken 6 and returned as a playable character in Tekken Tag Tournament 2. Following her montage, the trailer showed off a new character for the series named Leroy Smith.

Season 3 will begin next month in September with the release of Zafina. According to the road map, Leroy Smith, as well as an unannounced character and “feature,” will release in Winter. Another new character and stage will follow in Spring 2020. On top of the new DLC, there will be free updates throughout the season. These updates include new moves for all characters, play stats display, updated UI, expanded practice functionality, and My Replay & Tips.

Bandai Namco has had a history of debuting new characters at EVO. Two years ago, the developer unexpectedly announced Noctis from Final Fantasy XV as a character. The next year they showed fans a video announcing that Negan from The Walking Dead would be a playable fighter.

It has not been said as to when the next two characters for Season 3 will be announced.

Pokdepinion: To be honest, I was expecting another third-party character to join the roster. No complaints though, Leroy Smith looks pretty interesting to me.

Aiman Maulana
Jack of all trades, master of none, but oftentimes better than a master of one. YouTuber, video editor, tech head, and a wizard of gaming. What's up? :)
Pokde Recommends
Bandai NamcoDLCFGCfightingfighting gamesGamingMalaysianew seasonGamingMicrosoftNewsPCMRPS 4SonyXBOX One
MORE
Read More
650

HONOR View20 — still one of the best 48MP smartphones out there!
Next