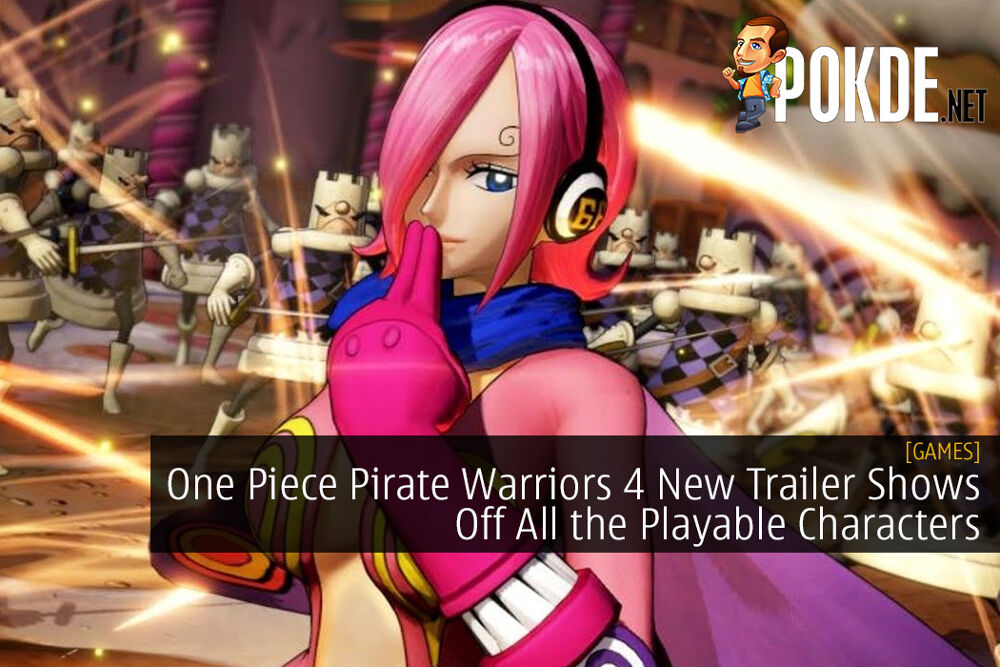 Previously, we had a number of small trailers for One Piece Pirate Warriors 4, giving us glimpses of the game with each new video. Now, we have a brand new trailer for the game showcasing all of the playable characters that you can enjoy.

It’s a sizable roster, which isn’t surprising given that we’re going all the way to the Wano arc, albeit an original creation version as opposed to a 1-to-1 recreation from the manga. Some of the notable characters include Sanji’s siblings in the Vinsmoke family, Big Mom, and Charlotte Katakuri.

We’ve seen a Japanese advertisement for the game where it recreated some of the series’ most iconic moments. We’ve also already learned about new multiplayer features as well as online co-operative play.

What Does One Piece Pirate Warriors 4 Cover?

For those of you who aren’t aware, this is the sequel the Pirate Warriors 3 which was released in 2015. That game covered until the fight with Shichibukai Doflamingo. In One Piece Pirate Warriors 4, it will be covering the two major arcs that come after it; Whole Cake Island arc and Wano arc.

What do you think of the character roster in this game? Needs more or perhaps more changes to existing characters? Join the discussion right below here:

Pokdepinion: That’s a lot of playable characters but I’m not surprised given how big the anime / manga series is.

Aiman Maulana
Jack of all trades, master of none, but oftentimes better than a master of one. YouTuber, video editor, tech head, and a wizard of gaming. What's up? :)
Pokde Recommends
Bandai Namcocharactersdynasty warriorsGaminghighlightsKoei TecmoMalaysiaOmega ForceGamingMicrosoftNewsNintendoPCMRPS 4SonySwitch
MORE
Read More
559

Shopee Malaysia To Operate As Usual Despite Movement Control Order
Next

Sony Xperia 1 II can run on USB power without charging its battery
PokdePicks:Celebrate Raya with Your Loved Ones with 50% Off Your 1st Celcom Home Wireless Bill
PokdeLIVE 59 — ASUS ExpertBook B9!
This is how Intel® makes classrooms smarter
Trump signs executive order after Twitter adds fact-checking links to his tweets
Latest Reviews
Read More
1941