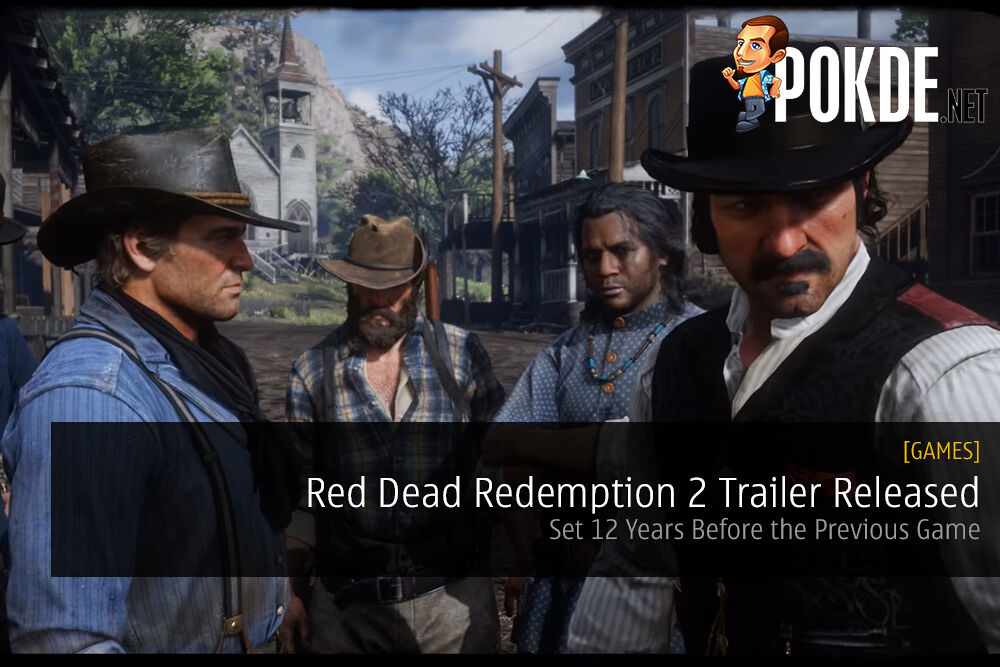 Rockstar Games has released a brand new trailer for one of the most highly requested sequels in recent time, Red Dead Redemption 2. You will get a clearer idea of the game’s setting as well as the plot.

Fans of Red Dead Redemption, rejoice! The folks over at Rockstar Games has released a brand new trailer for one of the most highly anticipated sequels in recent time, Red Dead Redemption 2. In the trailer, it gives people a better idea as to the game’s setting and what you can expect from the main storyline.

At the beginning of the trailer, the video explains that in 1899, America has exited out of the wild west era, with lawmen beginning to crack down on crooks as well as eliminating any remaining outlaw gangs that stand in their way. With those who refuse to surrender to the new way of life end up executed.

You can enjoy the awesome new trailer at the top of this post. Red Dead Redemption 2 is set to be released on October 26th 2018 for the PlayStation 4 and Xbox One. No word on a PC release or even a release in other platforms in case you were wondering about that.

Pokdepinion: Well, I am certainly excited for this game. Perhaps we’ll get to see more when E3 2018 swings by. On another note, we might be able to look forward to another Grand Theft Auto game from Rockstar Games after this one is out.

Aiman Maulana
Jack of all trades, master of none, but oftentimes better than a master of one. YouTuber, video editor, tech head, and a wizard of gaming. What's up? :)
Pokde Recommends
PS4Red Dead RedemptionRed Dead Redemption 2Rockstar GamesteasertrailerXboxGame IndustryGamingNewsPS 4Sony
MORE
Read More
1201

Noctua introduces their finest fans yet — the single fan with both high stati...
Next