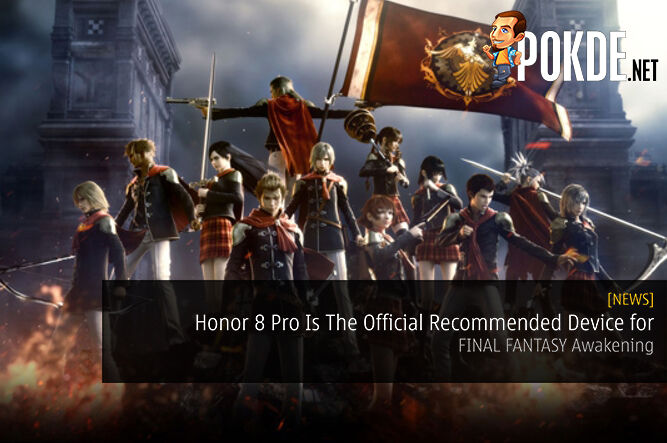 Formerly known as FINAL FANTASY Type-0 Online, FINAL FANTASY AWAKENING is made under the full supervision of the old cast – SQUARE ENIX and exclusively released by famous Chinese game company Efun Company Limited. The game is set in the world of FINAL FANTASY Type-0, forming part of the Fabula Nova Crystallis subseries. 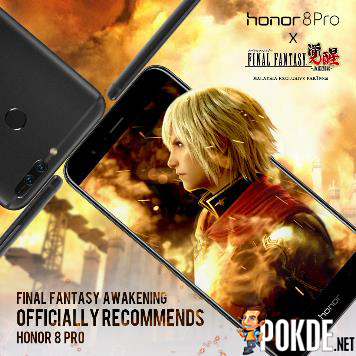 Here’s a short synopsis of the game:

FINAL FANTASY Awakening is the first official action mobile game of the FINAL FANTASY series in Malaysia and Singapore. The honor 8 Pro is a device that offers exceptional speed, graphic and detail, which fully complements the games stunning graphics which is the reason why we chose the honor 8 Pro as the official gaming smartphone for the game. We believe that gamers will take pleasure through the honor 8 Pro ultimate user experience.

To celebrate this auspicious partnership, the first 500 customers who purchase the Honor 8 Pro (first come first serve purchases from selected stores) will receive a gift card worth RM 138. A gift card worth RM 48 will also be offered to customers who purchase other Honor devices or products. Here’s another gift from Honor and the makers of FINAL FANTASY Awakening. They’ve prepared a special reward for all their fans where they will be able to redeem in-game items via the promo code: NDXBNGNV.

The Honor 8 Pro is available in the Malaysia via vMall, Honor Experience Stores and Display Zones at a retail price of RM 1,999. For more information regarding the Honor 8 Pro or any Honor devices, head on down to their official website here.

Save Money When You Go Overseas With Celcom’s XPax – Internet Pas...
Next