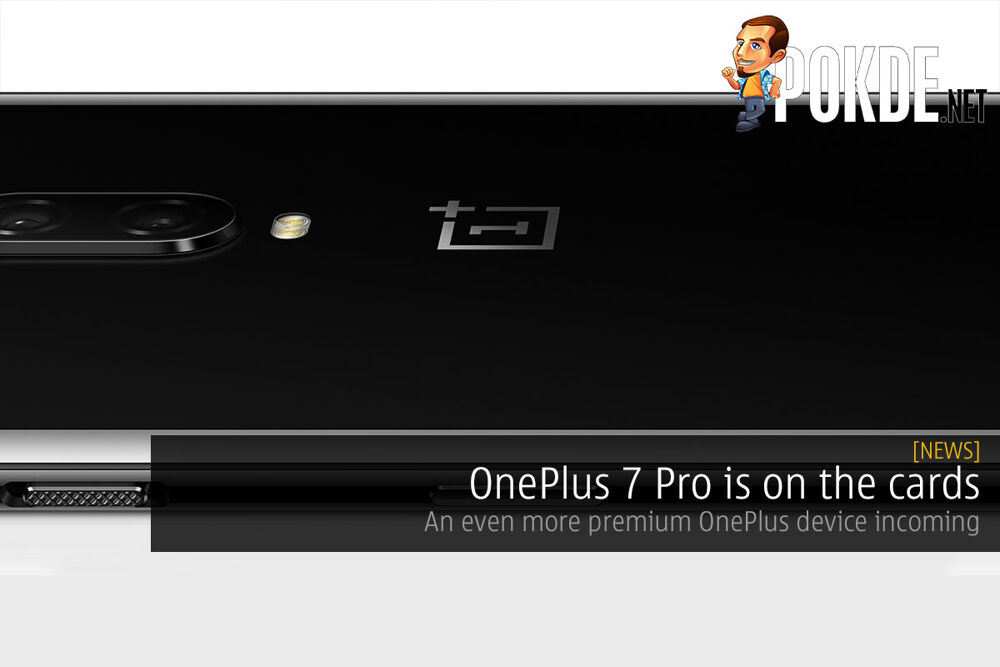 While OnePlus used to tout the “flagship killer” moniker for bringing high-end features with an affordable price tags, the days have long gone by. OnePlus’ phones have gradually increased in pricing, and are now more expensive than certain flagships. To counter that, OnePlus is probably going to make an even more premium device than usual, the OnePlus 7 Pro.

I’m pretty sure you all will soon see OP7 leaks flooding on your timelines since I can confirm that the launch is in May. It seems like the the name of the more expensive smartphone is indeed gonna be OnePlus 7 Pro and tagline will be “Go Beyond Speed”. Although, it may change. pic.twitter.com/a42yjY0RY0

OnePlus has never released two variants of their flagship in one go. To release a Pro variant together with the OnePlus 7 would be quite an interesting shake up for them. How will the OnePlus 7 Pro be different from the OnePlus 7 remains to be seen though. But we are very sure it is going to be more expensive than the OnePlus 7. Which should already tout a higher starting price than the OnePlus 6T.

The tagline does say “take advantage of your youth, take more photos” so we can expect a better camera on the OnePlus 7 Pro than its non-Pro sibling. Will it also come with a periscoping camera system?

The following specifications are supposed to be of the OnePlus 7:

Maybe OnePlus will give us a ceramic-clad OnePlus 7 Pro, similar to the treatment that Samsung has given the highest-end Galaxy S10+. What do you think? Well, all our questions will be answered on 14th May.

Get Creative And Join Samsung’s #EraofLIVE TikTok Challenge
Next