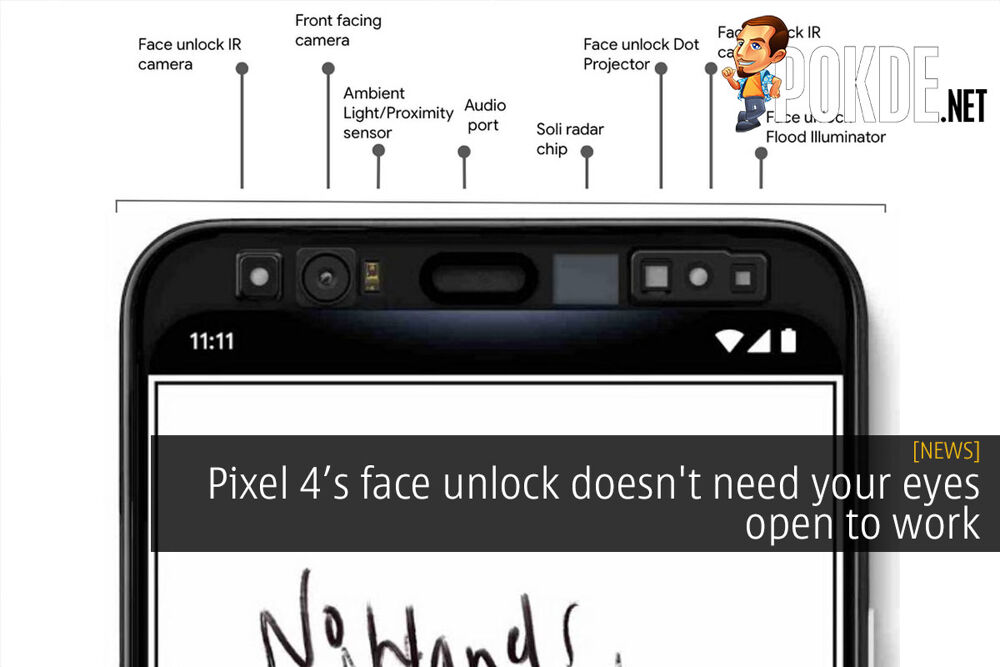 Before you think that this is a racist joke, this is actually a serious issue. Most smartphones with face unlock require your eyes to be open to work. Apple’s Face ID does check if the user is alert i.e. eyes open and looking at the phone, before unlocking the phone. Google apparently decided that it isn’t necessary, and the Pixel 4 will unlock even if you are eyes are closed, or even if you are asleep.

The latter scenario was tested by BBC’s Chris Fox, unlocking his Pixel while pretending to be asleep. Basically it means if your significant other decides to go through your phone while you are asleep, all they need to do is put your Pixel 4 in front of your face to unlock it.

Apparently pre-launch software offers a setting to “Require eyes to be open”, but that option has been removed from the outgoing Pixel 4. And this isn’t even an unknown issue, the support page for the Pixel 4 does explicitly mention:

Your phone can also be unlocked by someone else if it’s held up to your face, even if your eyes are closed.

Google is really proud of the Pixel 4’s facial recognition system, comparing it against Apple’s. However with this rather serious flaw, I do have my doubts. There’s is literally no reason for the phone to unlock if your eyes are closed. You can’t use the phone normally with your eyes closed anyway. In any case, why did they remove the fingerprint scanner in the first place?

Pokdepinion: Yes, I have small eyes.