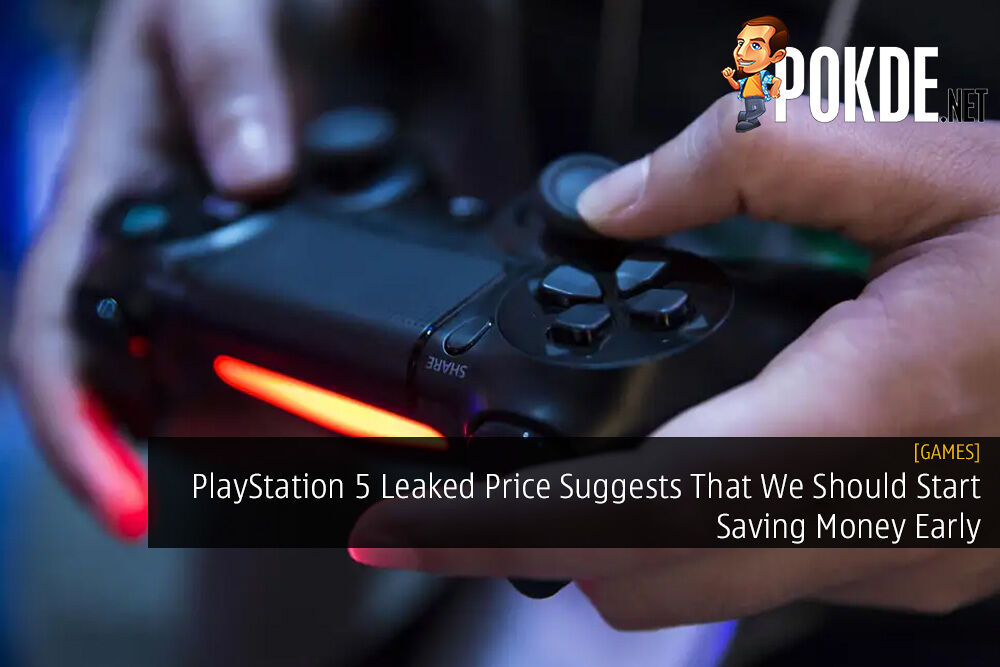 We know how powerful the PlayStation 5 console is going to be. We also have a rough idea as to when we can expect it to be officially launched. Now, we have a good idea as to how much it will be priced, and I suggest you to starting saving up.

Previously, ComicBook reported on a Slovakian retailer ProGamingShop listing the PlayStation 5 price as €499. While many may have the misconception that it will be higher in USD, applying for direct currency conversion is almost never accurate for countries that Sony / PlayStation has an official presence in. It’s likely that it will be USD $499 (RM2,088.81 approximately).

This is interesting as it echoes the statement of a alleged PlayStation developer who mentioned a year ago that it will indeed be priced at USD $499. ComicBook also went on to speculate that the release date of the PlayStation 5 will mirror the original PlayStation console, on 4th December 2020.

It’s been said that Sony is going to be skipping out on a November release and opt for December instead as they want to get their hands on as many 7nm custom AMD chips for the PS5. It appears that they don’t want to risk having a shortage in stock early on, especially with rival console Xbox Scarlett popping up around the same time.

For now, do take this information with a grain of salt. Sony is expected to officially reveal the PlayStation 5 in February 2020. We will likely hear the exact release date and pricing then. We do expect to hear more as we approach the date so stay tuned to Pokde.net for further details.

Pokdepinion: If it’s accurate, the price isn’t too bad especially considering what you’re getting. Though I do wonder what storage capacity the base model will have.

Aiman Maulana
Jack of all trades, master of none, but oftentimes better than a master of one. YouTuber, video editor, tech head, and a wizard of gaming. What's up? :)
Pokde Recommends
consoleGamingleaked pricingMalaysiaPlayStationPokde PicksPS5Sony Interactive EntertainmentGamingNewsPS5Sony
MORE
Read More
788