Samsung Lifts The Lid off The Samsung Galaxy Note 8 – A Note of redemption? 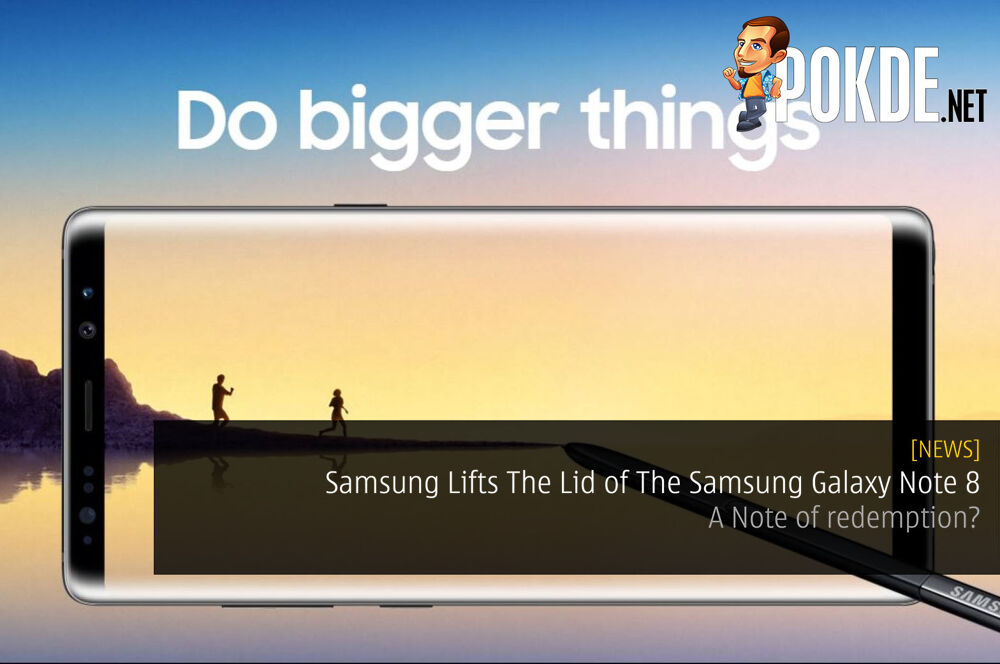 Samsung Lifts The Lid off the Samsung Galaxy Note 8

Samsung Electronics finally unveiled the long awaited newest addition to the Note family of devices, the Samsung Galaxy Note 8. Samsung showed off the latest flagship device at their recent Galaxy UNPACKED 2017 event which happened in New York last night, and Samsung really went out of their way in ensuring that the Samsung Galaxy Note 8 is the best Samsung phone you’ll ever own with improved features like the Infinity Display, better S Pen, IP68 water and dust resistance and a dual rear camera that Samsung claims is their best ever. 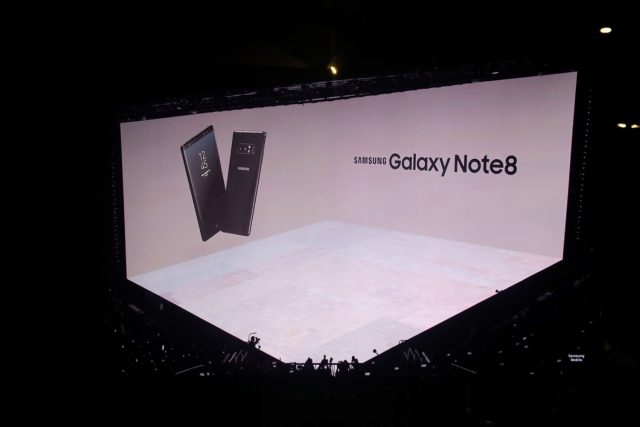 The Samsung Galaxy Note 8 has the biggest screen size in the Note series with a gigantic Quad HD+ 6.3 inch Super AMOLED display and uses the same edge to edge, nearly bezel-less Infinity Display found on the Samsung Galaxy S8 and S8+, with an aspect ratio of 18.5:9. The Multi Window function makes a return with some added features that’ll sure make multitasking much easier on the Note 8. This time round there’s a new feature called App Pair which lets you launch two apps together with a single tap on the screen. 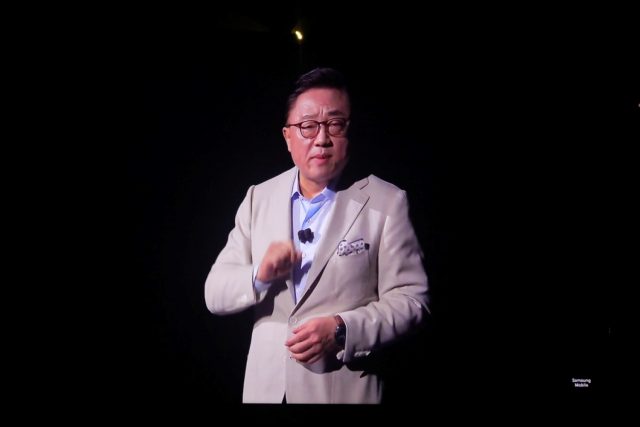 The S Pen has always been a signature accessory for the Note series and with each new model Samsung’s been trying to make the S Pen more than just a simple stylus for the phone. The new S Pen got bit of an upgrade compared to its past iterations, not only does it have a finer tip and improved pressure sensitivity, Samsung has implemented a slew of new features that’ll let users express themselves better than with normal stylus. 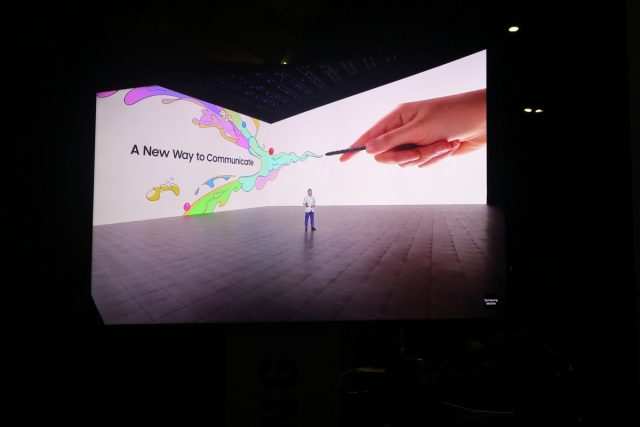 You can now animate your texts and doodles using the S Pen and send them as a GIF to a friend via Live Message. You can also write while the screen’s off! You can now write little memos on the Samsung Galaxy Note 8’s Always On Display when you take the S Pen out or pin notes on the screen (which you can edit directly!). Samsung has also improved the S Pen Translate feature with the ability to not only translate individual words but also whole sentences in up to 71 different languages. It can even covert units of measurement and foreign currency.

With the Note 8, Samsung has finally jumped on the dual rear camera bandwagon that most major smartphone brands and their mothers’ seem to be making recently. The Samsung Galaxy Note 8 possesses the first ever dual lens camera setup in Samsung smartphone with two 12MP cameras, one a wide angle lens and the other a telephoto lens with 2X optical zoom. Another thing to Note (geddit?) is that the Note 8 is also the first smartphone to have OIS (Optical Image Stabilisation) on both of its camera lenses.

Samsung also introduced a couple of new photo modes that takes advantage of the new device’s dual camera setup namely the Live Focus mode and a Dual Capture mode. Live Focus mode is similar to the iPhone 7 Plus’ Portrait mode but takes a step further by adding the ability to control the intensity of the bokeh effect after you’ve taken the shot. In Dual Capture mode the Note 8’s camera takes two pictures simultaneously using both camera lenses, one closeup shot from the device’s telephoto lens and a wide angle shot that features the subject and the surrounding background. 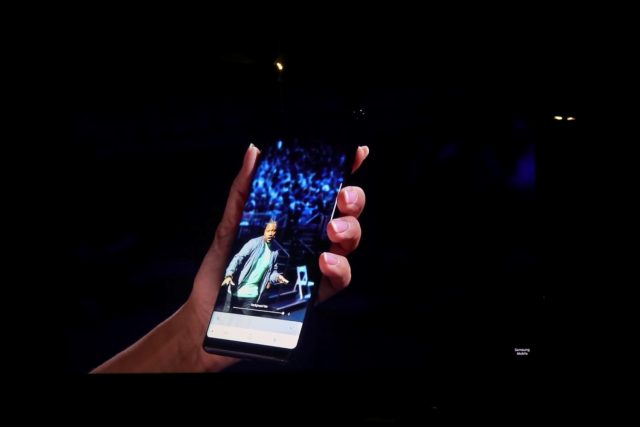 A demo of the Note 8’s Live Focus camera mode

Under the hood the Samsung Galaxy Note 8 packs a mean Exynos 8895 octa-core 10nm processor or Qualcomm MSM8998 Snapdragon 835 (depending on your location), paired with 6GB RAM and 64GB internal storage. It runs on Android Nougat 7.1.1 and is IP68 water and dust resistant and like the S8, the iris scanner makes a welcome return. A less than welcome return is the placement of the fingerprint sensor which, like the S8 is awkwardly positioned next to the rear camera near the top of the device.

Powering up this baby is a 3,300 mAh battery which supports fast charging either using a USB type-C cable or wirelessly. Samsung made huge steps to ensure that the Note 7’s battery incident won’t happen again with the Note 8’s battery having undergone Samsung’s 8-Point Battery Safety Check, which is the most rigorous in the industry. 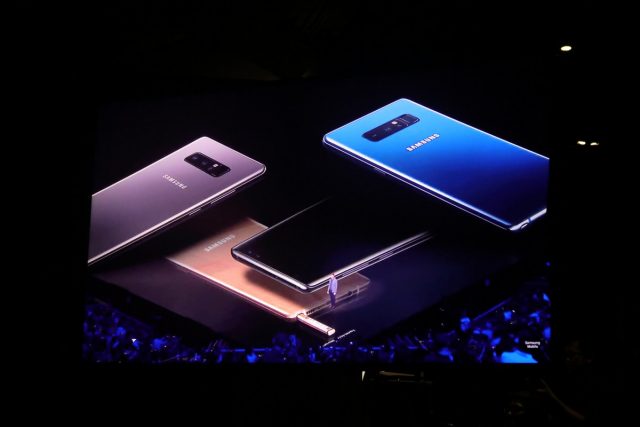 Check out the specs below.

The Samsung Galaxy Note 8 is expected to release sometime next month and Samsung Malaysia is opening up pre-orders for the device starting from 5th to 10th September this year. For more information regarding the pre-order package, head on over to their official website here. The price has yet to be announced by Samsung Malaysia but we’ll keep you updated as we get more information. Watch this space.

Pokdepinion: The Samsung Galaxy Note 8 is indeed a beautiful and state-of-the-art smartphone from Samsung. A definite upgrade on their Note 7 and even their newer S8. I don’t know how Samsung did it but the thing that struck me most was how comfortable the phone sits in my hand, even with the same Infinity Display found on the S8.

Their die hard fans aside, even with all the new bells and whistles and updated safety features Samsung has put on this device, will it really gain the consumers trust again after last year’s Note 7 disaster? Can the consumers look pass the whole exploding battery catastrophe and embrace the Note 8? I guess we can only wait and see how things go.

Huawei Nova 2 Plus is now here for RM1999; zoom dual camera setup
Next