Waiting For Dark Mode For WhatsApp? You’ll Be Getting More Than Just That 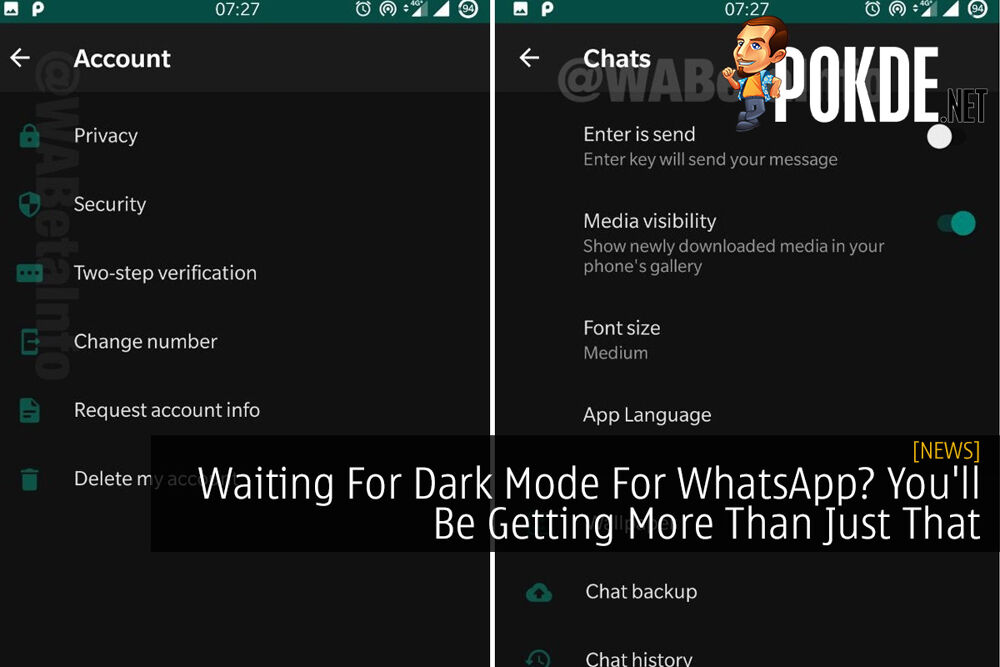 It has been circulating for quite some time now that WhatsApp will be bringing in Dark Mode support to both Android and iOS devices. Well there’s some great news if you’ve been waiting for the feature.

So what’s so special about dark mode you might ask? Smartphones will benefit by it as it will save battery consumption, especially for those that’s using OLED panels.

Dark mode news for the app has been going on for quite some now, where previously we’ve covered on how the chatting app would also feature a ‘self destruct’ option. So what’s taking so long for them to introduce it? Thanks to WABetaInfo, it seems that WhatsApp is developing not two, but possibly three different dark modes.

It is said that the first option will come in a grey tone for the background, with jet black used for menu items and the likes.

On the other hand, the second variant comes with a totally black colored background and a light grey for the menu items.

As for the third and final option, WABetaInfo has said that it could come with a dark navy blue setting, which was spotted in beta versions earlier.

A release date for the feature is yet to be confirmed but be sure to stay tuned to Pokde.net for more updates on it.

Pokdepinion: It’s a clear choice for me, I’d definitely choose the 2nd option.

TikTok Is Being Investigated By Authorities For Security Reasons
Next