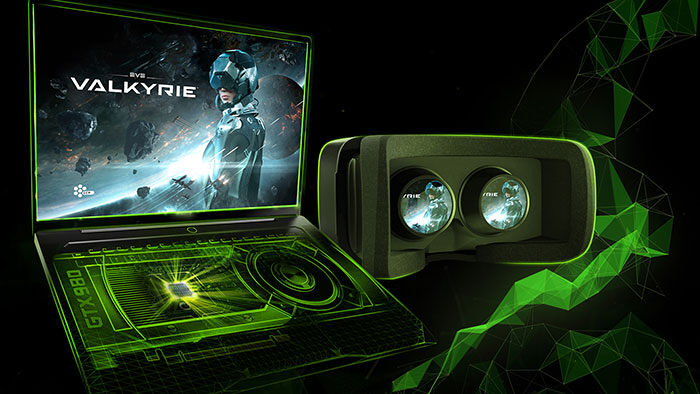 While the GTX 980M is currently the fastest mobile GPU, it still trails its desktop counterparts by quite a fair bit. NVIDIA fixes this by throwing the the full-fat GM204 silicon powering the GeForce GTX 980 desktop cards into high-performance gaming laptops to bridge the gap.

The laptops with the full GTX 980s — all 2048 CUDA cores enabled — are poised to make virtual reality a … reality in a laptop form-factor. In contrast, the currently available GTX 980Ms in notebooks are equipped with only 1536 CUDA cores. VR requires some serious grunt and the laptops with these desktop GPUs are meant to make both enjoying and creating VR on a laptop possible.

The laptops with these GPUs will meet and exceed the recommended requirements for the Oculus Rift. Besides VR, enthusiasts and gamers alike should also get a kick out of these super-powered laptops as supposedly most will come with G-SYNC technology and also overclockable GPUs and CPUs.

Pokdepinion: I think these powerhouses will come with a power brick the size of an actual brick and the tiny coolers (tiny when compared to their desktop counterparts) will also have to work very hard to keep the CPU and GPU cool.