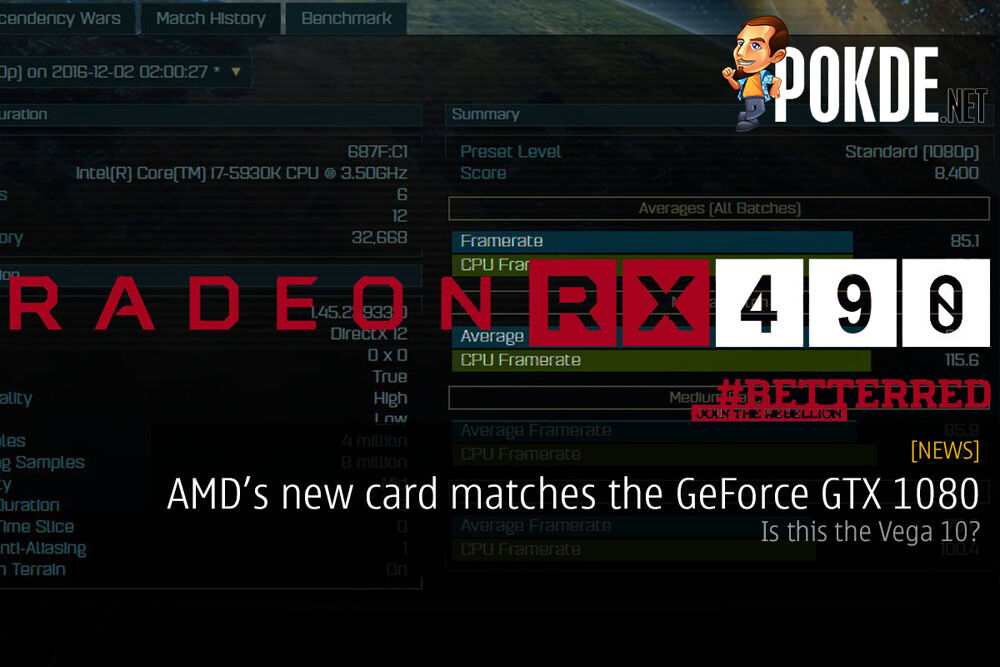 Remember the game Ashes of the Singularity? It had the R9 290X beating the GTX 980 Ti in its DirectX 12 benchmark, and now we have a new AMD GPU with scores that are somewhere around the GeForce GTX 1080’s. What does this mean? Does this mark the arrival of the AMD Vega architecture? We have seen benchmarks of the Radeon Pro 490 which bests the GTX 1070, could this be the same GPU? 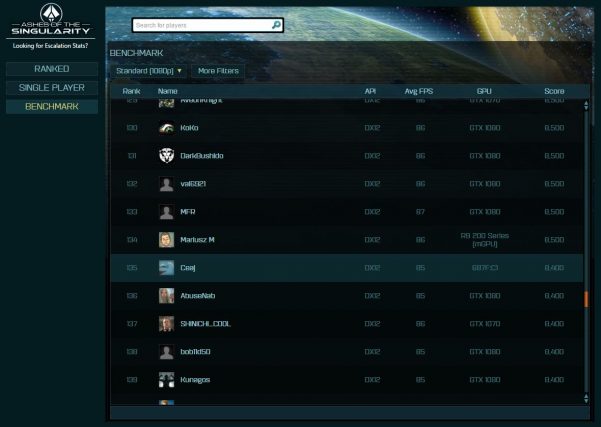 Player Ceaj using the 687F:C1 GPU has scored 8400 in the benchmarks, around what the GeForce GTX 1080 scores. Its appearance in the AotS benchmarks is also a good sign, as AotS detects multi-GPU configurations and would mark them with a mGPU tag. A single GPU which matches the GeForce GTX 1080 shows that the RX 490 which was rumored to feature two Polaris 10 GPUs on a single card is most probably a single GPU card from the Vega family. 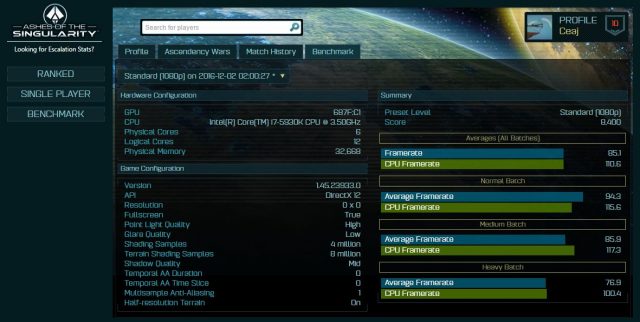 What makes this benchmark even more interesting is that the exact same user has benched this exact same GPU multiple times, but this is his/her highest score. Previous scores were abysmal so to speak, especially when compared against this score. 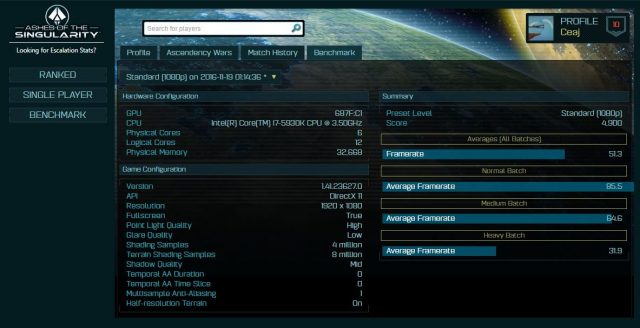 Less than a month ago, it scored a mere 4900 compared to the 8400 points it just scored. It probably means that AMD is tweaking the drivers for this card, or AMD is optimizing the GPUs clocks for better performance. Either way, more performance is always better, and we can’t wait to see higher scores from this mysterious 687F:C1 GPU, as it is still quite far below what better clocked GTX 1080s can do.

Pokdepinion: I have a strong feeling AMD will at least reveal an engineering sample of the AMD Vega GPU at the New Horizons demonstration…