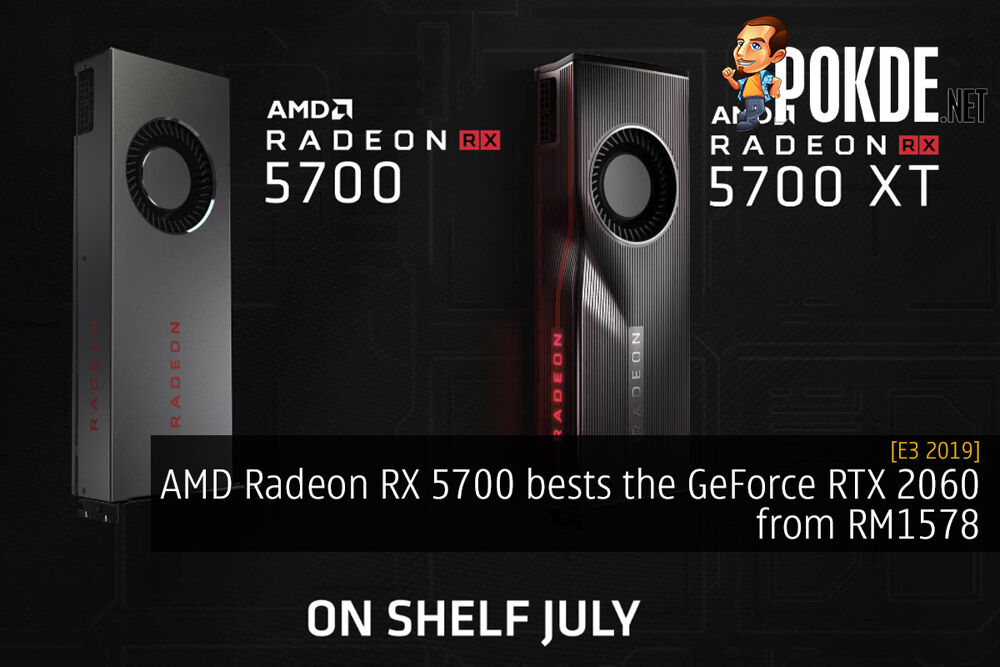 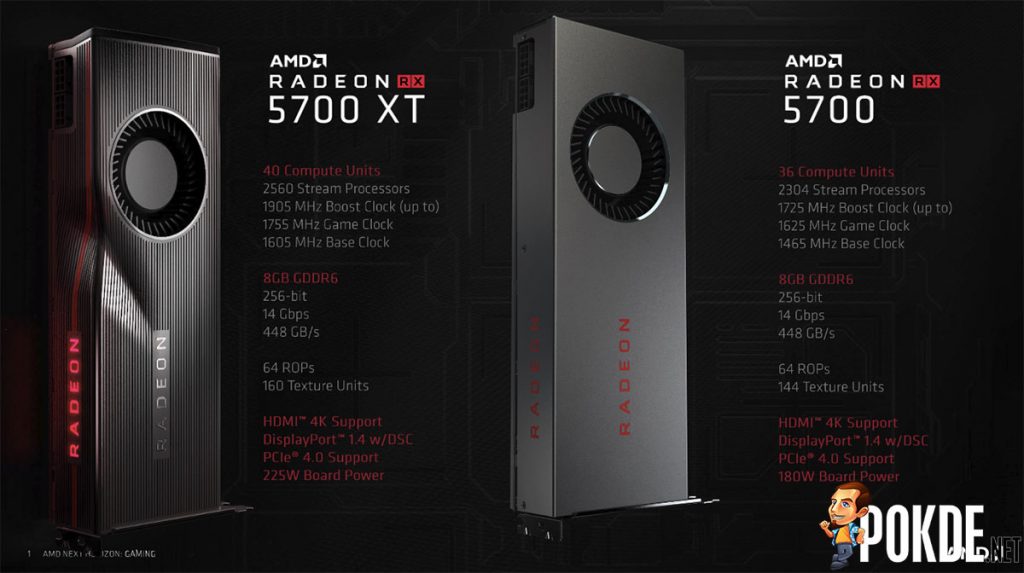 AMD’s latest cards are based on their new RDNA architecture, which is expected to replace their previous GCN architecture. RDNA promises 125% performance-per-clock and 150% performance-per-watt versus GCN, all while enabling new features like Radeon Image Sharpening, FidelityFX and Radeon Anti-Lag. Also, these cards are designed to take advantage of the 3rd Generation AMD Ryzen processors’ PCIe 4.0 support.

The card which AMD aims directly at the GeForce RTX 2070 is priced at $449 (~RM1870), which means it is positioned well below the launch pricing of its NVIDIA’s counterpart. NVIDIA should be countering with a pretty big price slash though, given that their cards are actually pretty old by now. 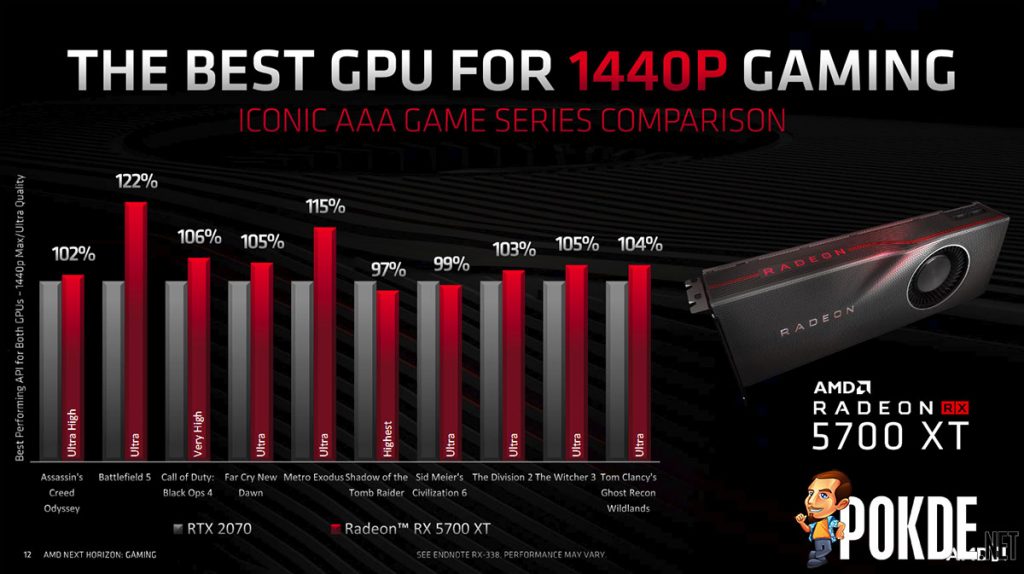 The slides leaked yesterday proved to be real, although we did make a mistake about the power connectors. The AMD Radeon RX 5700 XT will sport 8+6 pin power connectors, despite a TDP of only 225W. AMD won’t be repeating the mistake that was the AMD Radeon RX 480 this time. Still, it’s a bit more power hungry than NVIDIA’s GeForce RTX 2070, and doesn’t offer dedicated raytracing cores nor the Tensor cores for AI. 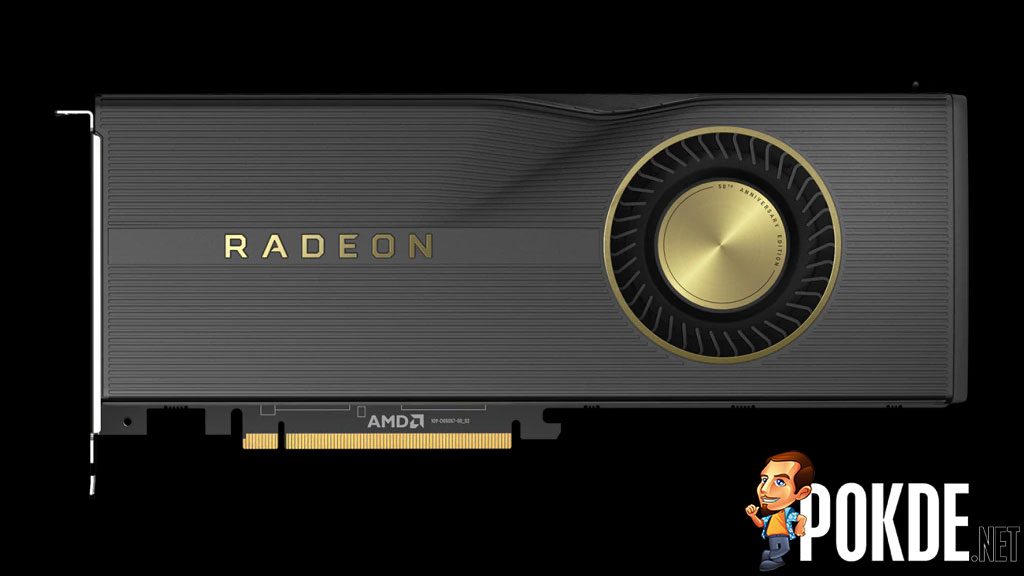 There’s also a Radeon RX 5700 XT 50th Anniversary Edition. The card offers 75 MHz higher clocks across the board, despite featuring what seems to be the same cooler except for new gold trim. That alone should hint at the overclocking headroom that the Radeon RX 5700 XT will have. For Lisa Su’s signature on the prettier gold-trimmed cooler, you will have to part with an additional $50 (~RM218).

The AMD Radeon RX 5700 features all the niceties that the AMD Radeon RX 5700 XT offers, but has its GPU cut down to 2304 stream processors. It also sports lesser clocks, but maintains the same memory configuration for whopping 448GB/s memory bandwidth. AMD pits the card against the GeForce RTX 2060, and results are looking pretty rosy. 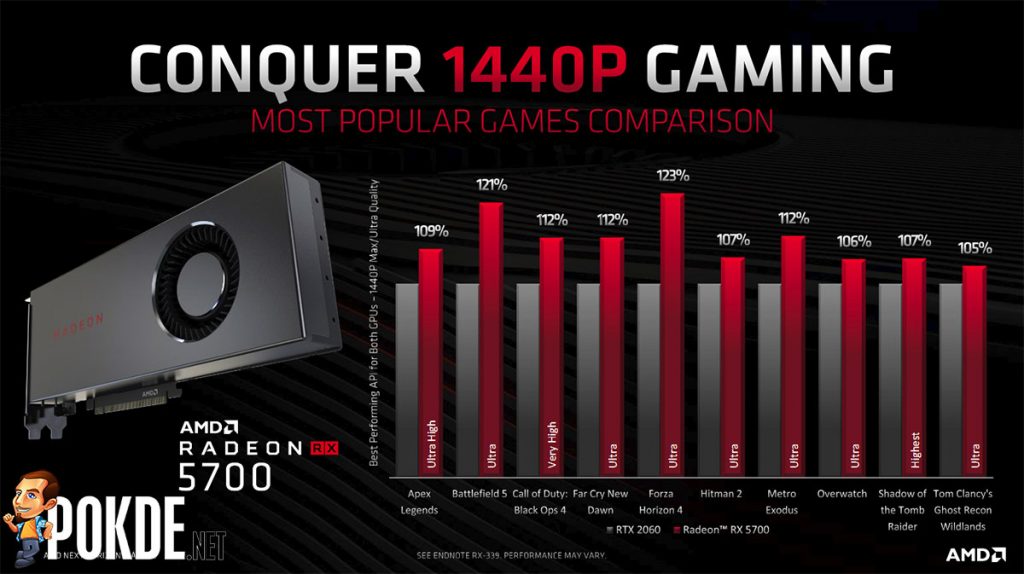 The AMD Radeon RX 5700 series cards will be available on 7th July, along with the upcoming AMD Ryzen 3000 series processors.

Pokdepinion: The AMD Radeon RX 5700 series are going to be worth considering if you don’t see yourself making use of raytracing. 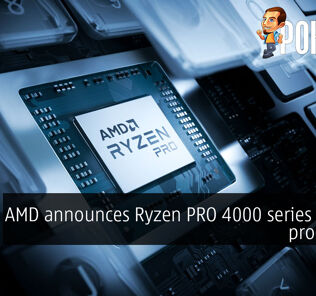