The latest GeForce Game Ready Driver brings up to 23% higher performance to the GeForce RTX cards! 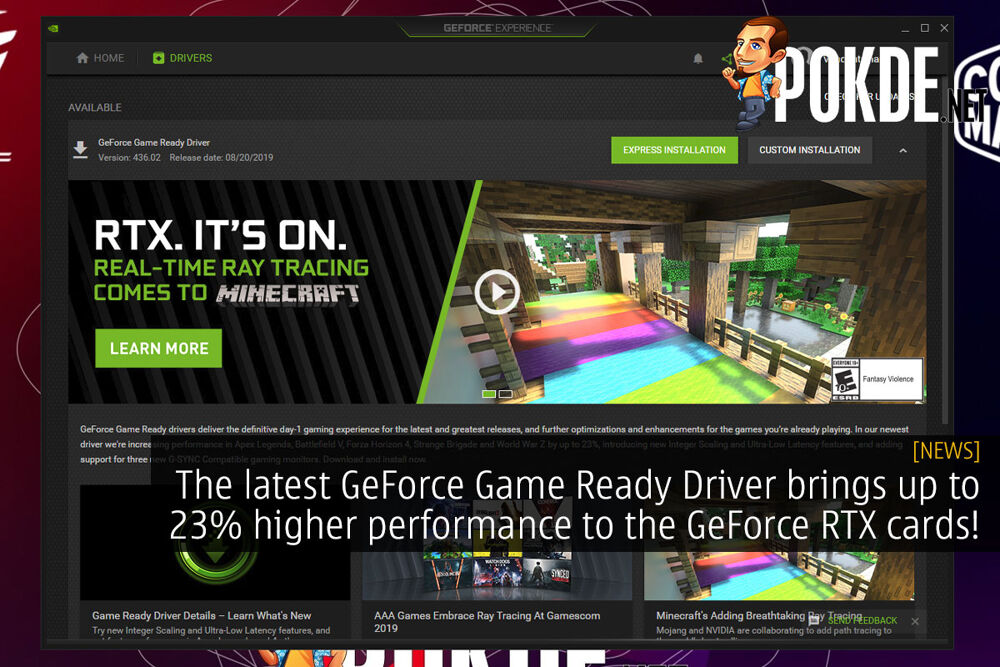 NVIDIA has just released a new Gamescom Game Ready Driver which packs some awesome new features and new optimizations for the latest games. And these optimizations aren’t that small, with NVIDIA promising up to 23% higher frame rates. 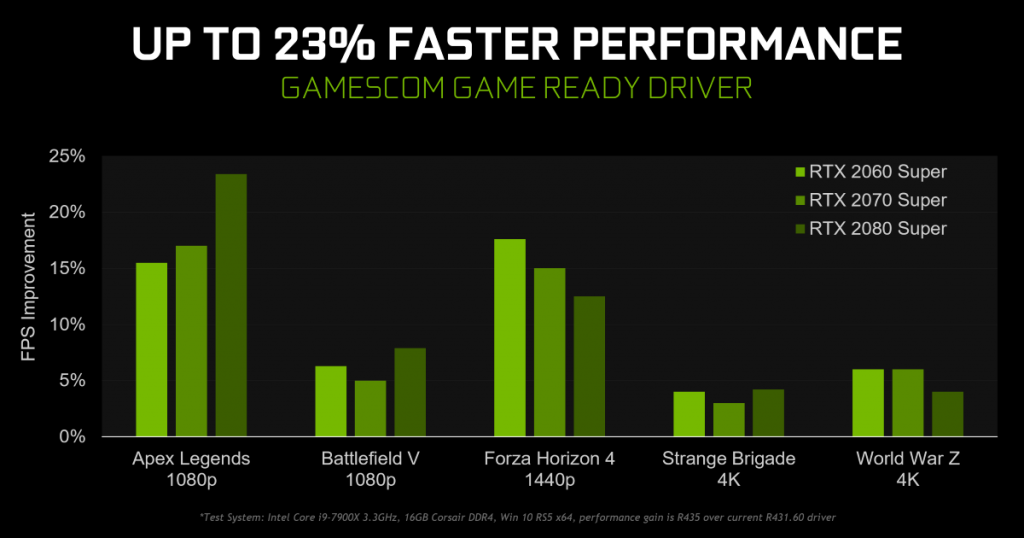 The performance gains are visible with the GeForce RTX 2080 SUPER, with the biggest gains seen in Apex Legends. The other games which received optimizations with the latest GeForce Game Ready Driver 436.02 are Battlefield V, Forza Horizon 4, Strange Brigade and World War Z. 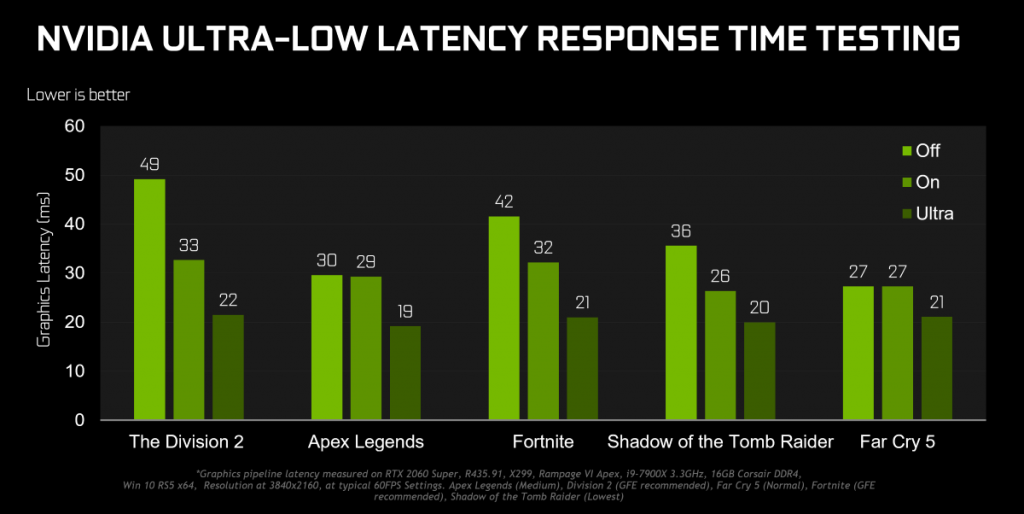 In addition to higher performance, the new drivers also offer a new Ultra-Low Latency Mode which can lower latency by more than half when enabled. NVIDIA claims that this mode gives you the most benefit when you are GPU bound, giving you the responsiveness of high-framerate gaming, even though you are unable to push the high framerates at your current graphic settings.

Three options are available when you go to the Low Latency Mode option in NVIDIA Control Panel:

The Low Latency Mode is now in beta with all NVIDIA GeForce GPUs supported by the current drivers supporting the feature, and can be experienced in DX9 and DX11 titles. In DX12 and Vulkan titles, the games themselves will decide when to queue the frame. 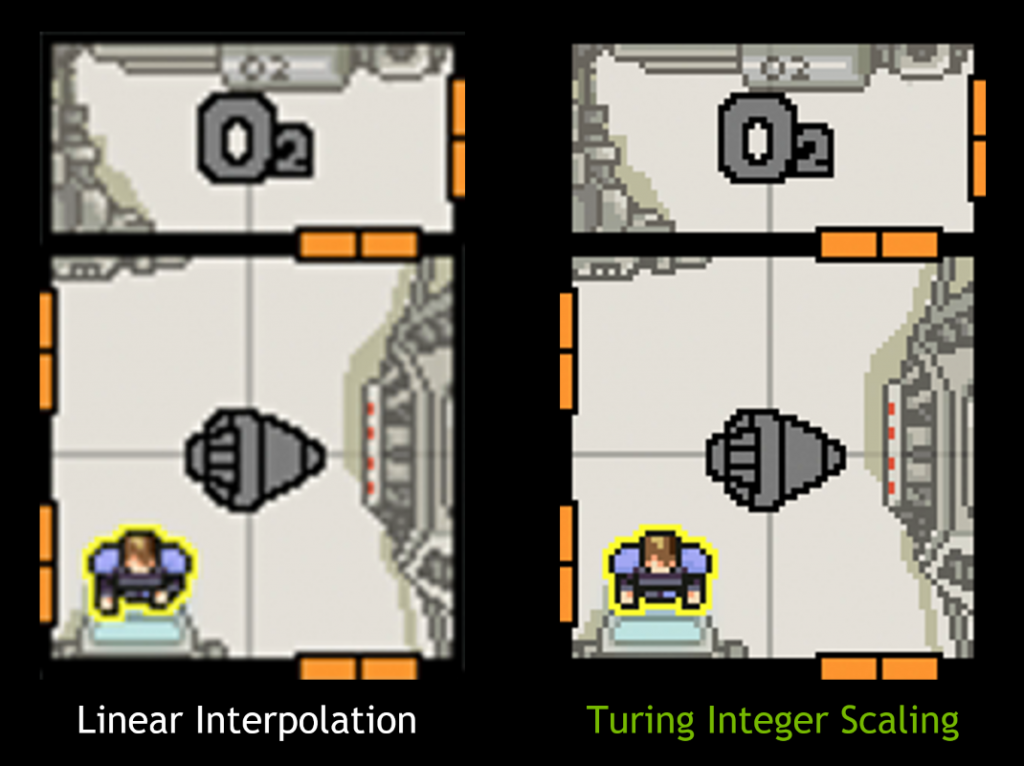 Another new feature is GPU Integer Scaling which will make pixel art games sharper on high resolution displays. This new feature will be offered on all Turing GPUs. Gamers who enjoy titles like Faster than Light should definitely download the latest drivers to enjoy a sharper experience in your title.

For the non-gamers, the 436.02 Game Ready Driver will also bring 30-bit color, which will benefit users with high end displays. The new color support will be enabled on GeForce and TITAN graphics cards, with software like Adobe Photoshop and Adobe Premiere Pro capable of taking advantage. This feature was first introduced in the Studio Driver channel before now being brought into the Game Ready Drivers.

Last but not least, they have added another three G-SYNC Compatible monitors to the list, with the ASUS VG27A, Acer CP3271 and XB273K GP joining the fray.

Make sure to download the GeForce Game Ready Driver 436.02 as soon as you can!

Pokdepinion: I know someone who will be very happy to see the Integer Scaling and also the 30-bit color… 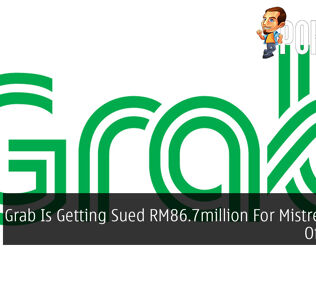 Grab Is Getting Sued RM86.7million For Mistreatment Of Drivers
Read More
1690 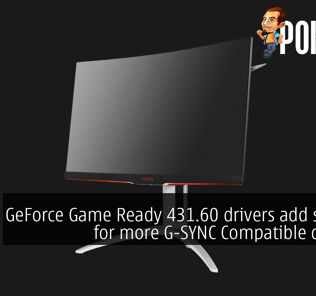 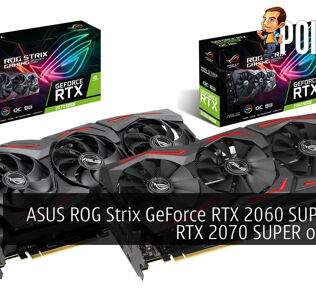 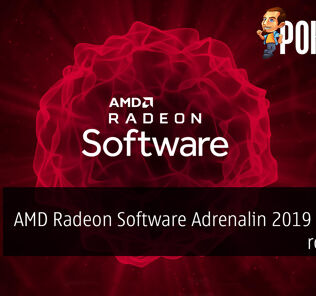 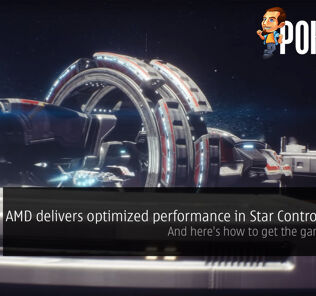 AMD delivers optimized performance in Star Control: Origins — and here’s how to get the game for free!
Read More
468 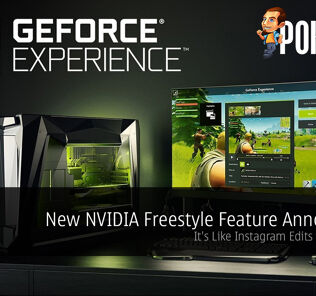 Celebrate This National Day With Ber-Merdeka With Lenovo — Offers Deals For S...
Next