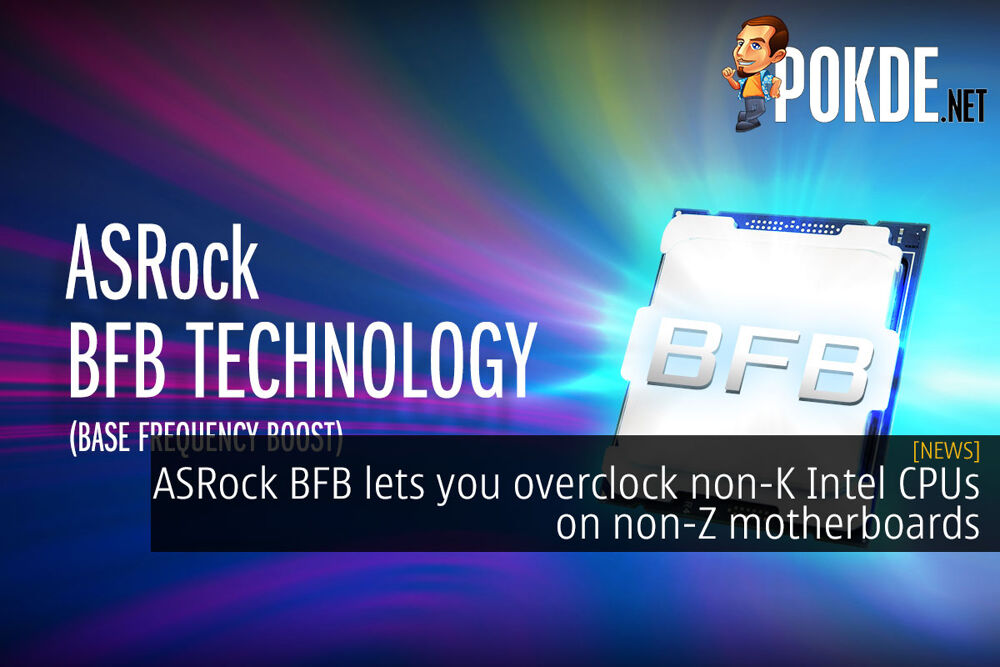 Overclocking on Intel’s platform has been limited to unlocked K-SKUs and Intel Z-series motherboards since the 2nd Gen Intel Core processors. With that said, ASRock has repeatedly found loopholes to enable overclocking the non-K-SKUs, and this time they are even offering it on their B-series Intel motherboards. ASRock calls this their Base Frequency Boost (BFB) technology.

From what we can understand from the rather sparse information, the ASRock BFB feature will be increasing the power limits of the locked processors, allowing you to get up to a 1.1 GHz bump in clocks. All Intel processors sport a power limit that forces the clocks down to conform with the TDP limits. That limit might be removed with ASRock BFB, to allow the CPU to boost indefinitely at the higher clock speeds, as long as your cooling system can manage it. 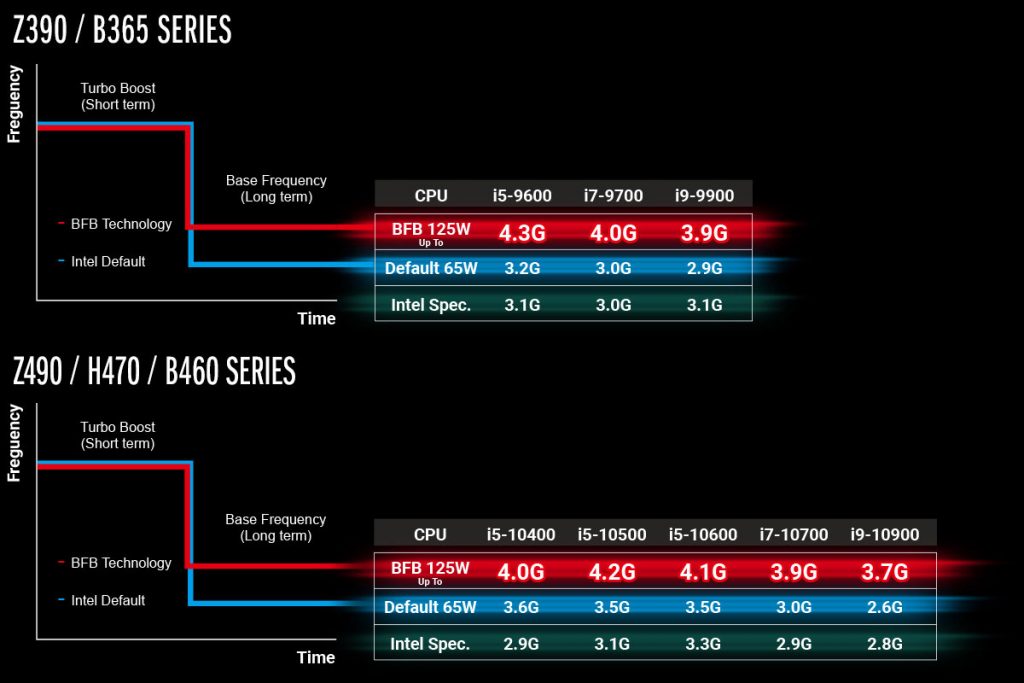 Some of the listed motherboards come with a BIOS update listed to support the ASRock Base Frequency Boost feature. This feature should be quite interesting for gamers who want to get more performance without shelling out for a K-SKU processor. The listed ASRock motherboards should be a pretty good choice for those who still want to stick to Intel yet want to enjoy a bit more performance from their locked processors.

AMD has allowed overclocking on the entire Ryzen product stack, as well as on the X-series and B-series motherboards, so ASRock’s Base Frequency Boost should allow Intel’s platform to compete on similar footing, especially since there are no unlocked 10th Gen Intel Core i3 parts to compete with AMD’s Ryzen 3 3100 and Ryzen 3 3300X now. 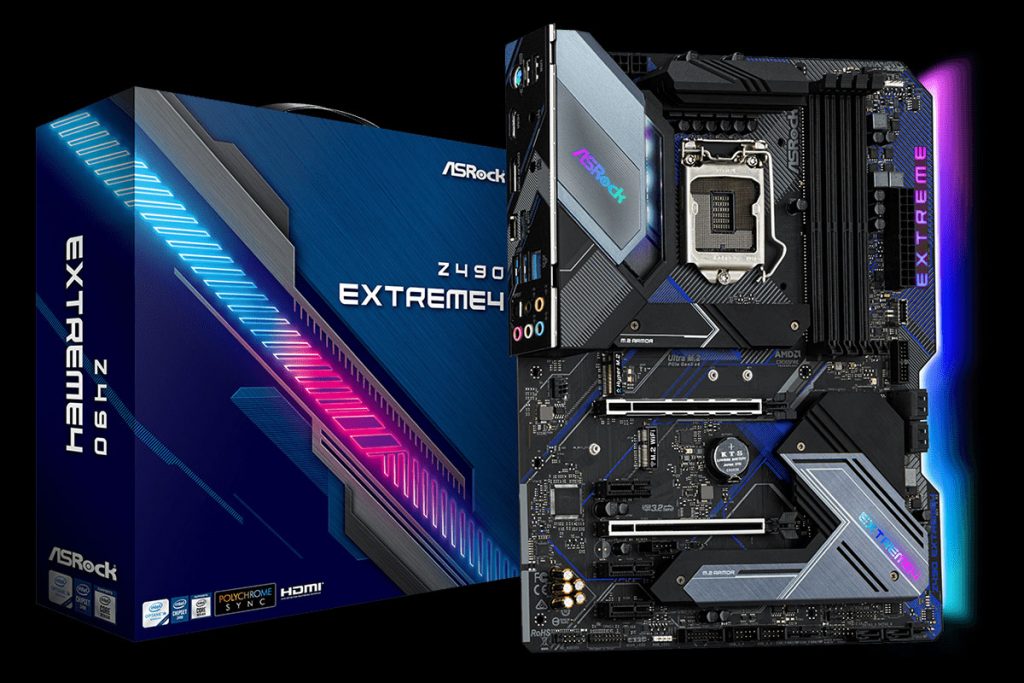 Usually, these OEM-specific features will be frowned upon by Intel, although I am not so sure if Intel will take action against this. I mean, it does give Intel a hand in competing against AMD’s offerings…

Pokdepinion: ASRock is really brave when it comes to defying Intel, but I do wonder why isn’t this feature added to their flagship boards like the Taichi too. 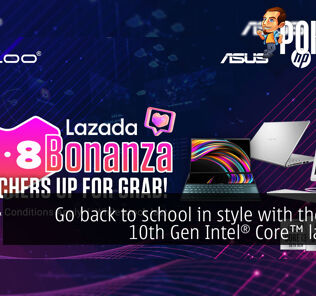 Go back to school in style with the latest 10th Gen Intel Core laptops!
Read More
2338 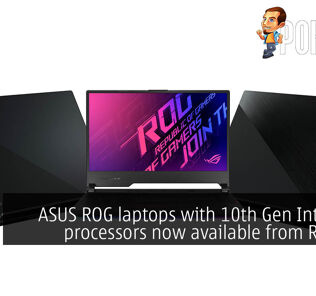 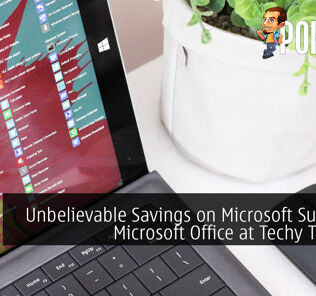 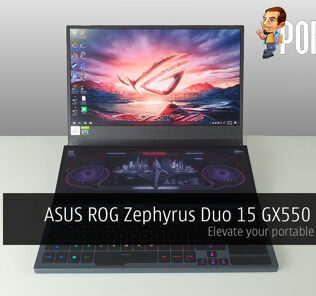 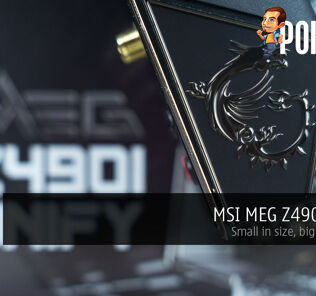 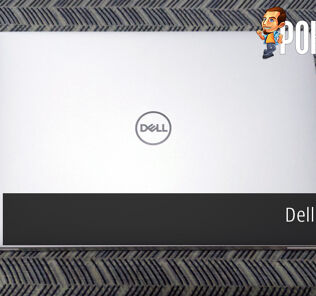 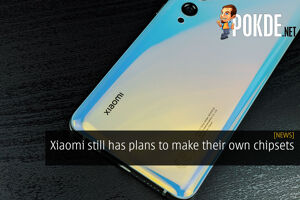 Xiaomi still has plans to make their own chipsets
Here’s How You Can Win OPPO Reno4, Enco W31 Plus The Chance To Meet Eric Chou
ASUS ZenScreen MB16AMT VS ZenScreen MB16AC – Which One to Go For?
New HP Envy Laptops Introduced From RM3,799
Stay connected even if someone cut your fiber cable
Latest Reviews
Read More
988