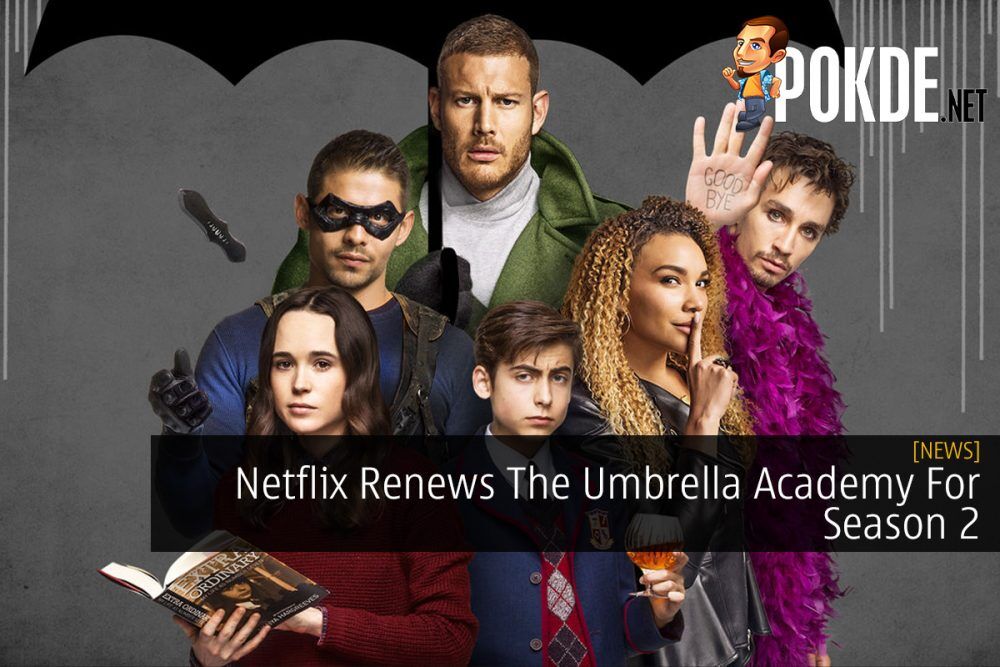 Fan of The Umbrella Academy on Netflix? You’ll be glad to know that Netflix has renewed the series for a second season. The cast set will reprise their role, which includes Ellen Page, Tom Hopper, David Castañeda, Emmy Raver-Lampman, Robert Sheehan, Aidan Gallagher, and Justin Min.

If this is your first time hearing about The Umbrella Academy, well it starts off in 1989, where 43 infants are inexplicably born to random, unconnected women who showed no sign of pregnancy the day before. Seven are adopted by a billionaire who creates The Umbrella Academy and prepares his “children” to save the world. The six surviving members reunite upon learning the death of their father and must work together to solve a mystery surrounding his death. But the estranged family begins to come apart due to their divergent personalities and abilities, not to mention the imminent threat of a global apocalypse.

The new season of The Umbrella Academy will include 10 one-hour episodes and will be produced by Universal Content Productions for Netflix. Production will begin this summer.

Pokdepinion: That took them some time to announce season 2! I pretty much enjoyed the story. At first I was skeptical about it, but as it went deeper, I was totally sucked in. If you are looking to find something interesting to watch, you can definitely have a go at it.

Take the cinema with you with the Samsung Galaxy S10!
Latest Video
Read More
1165