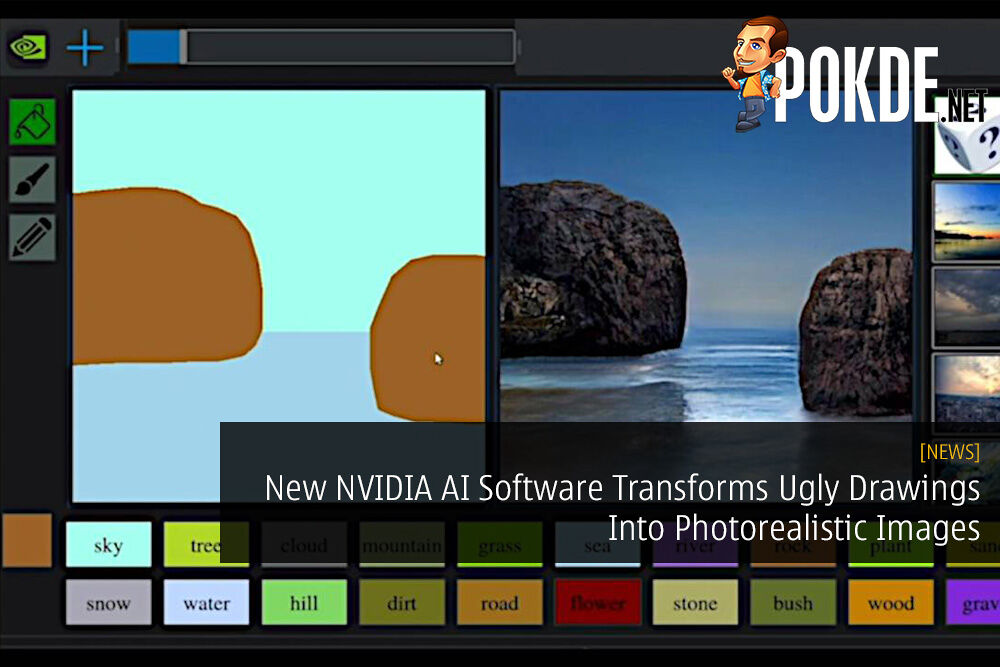 Have you ever had beautiful image in your head but can’t put that to paper or even digital illustration software because you lack the skills to draw / paint / create such a magnificent visual? I know I have, and this may no longer be the case soon as recent NVIDIA AI developments have reached a huge milestone.

Using an NVIDIA AI-powered software called GauGAN, you can turn ugly illustrations into photorealistic images which you can freely and easily modify to your liking. Named after the French post-Impressionist painter Paul Gauguin, the GauGAN software utilizes generative adversarial networks (GANs) to transform even the worst of drawings into a breathtaking visual.

It is said that the deep learning model used for this has been trained with over a million images as a “smart paintbrush”. The neural network is capable of filling in details, colours, texture, reflection, and shadows based on the images that it has learned from. GauGAN can be broken down into three different parts; pen, pencil, and paint bucket. There are a number of elements such as water, rock, and sand listed at the bottom of the software. Selecting rock with the use of the paintbrush will easily allow you to create realistic rocks on the image itself. 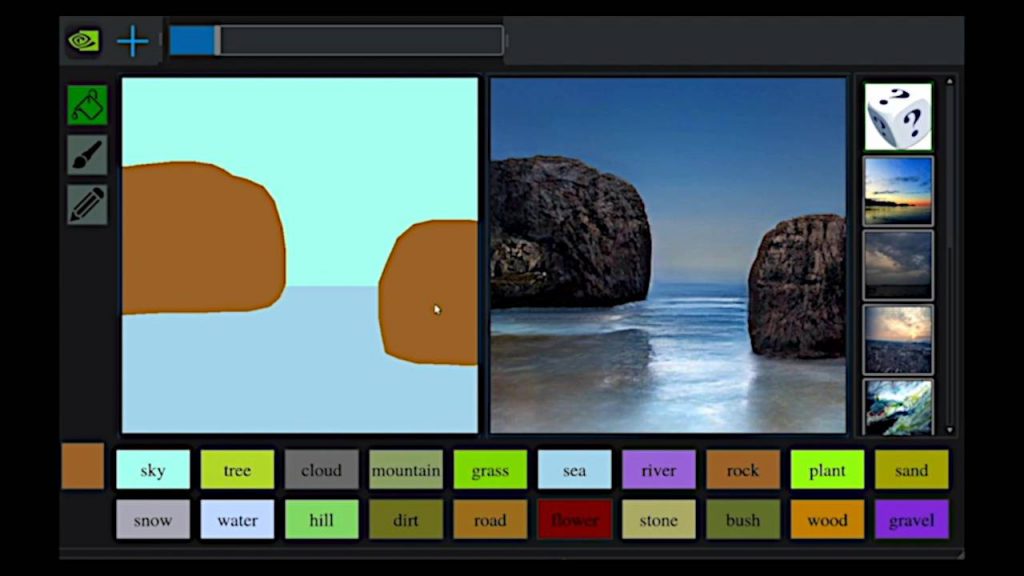 The interesting part here is that it doesn’t just create these photorealistic visuals on its own. The NVIDIA AI is smart enough to even create shadows and reflections that will be casted to other elements of your creation. You can easily swap an element to another which will lead to more interesting realistic visuals. The idea here is to create a software that is simple enough and beneficial for creative professionals. This includes the likes of architects, game designers, illustrators, and more.

This technology is not just stitching together pieces of other images, or cutting and pasting textures. It’s actually synthesizing new images, very similar to how an artist would draw something.

At the moment, they’re only showing off a demo of this NVIDIA AI / GauGAN software so there is a limited amount of elements present. Some of the more complex elements may require more time to be able to properly implement. As such, it may be a while before we can make full use of this, but it is a very interesting development in the world of deep learning and artificial intelligence.

If you want to learn more about GauGAN and its research, click right here.

Pokdepinion: Ah, something that can make me feel like Picasso despite lacking the motor skills for it. Awesome!

Aiman Maulana
Jack of all trades, master of none, but oftentimes better than a master of one. YouTuber, video editor, tech head, and a wizard of gaming. What's up? :)
Pokde Recommends
AIAppartificial intelligenceCreativecreativitydevelopmentGeForceMalaysiaDesktop ApplicationNewsSoftwareSystemWeb Application
MORE
Read More
1352 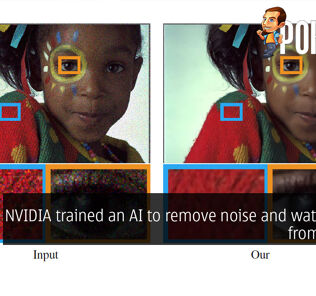 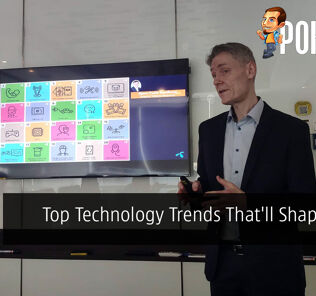