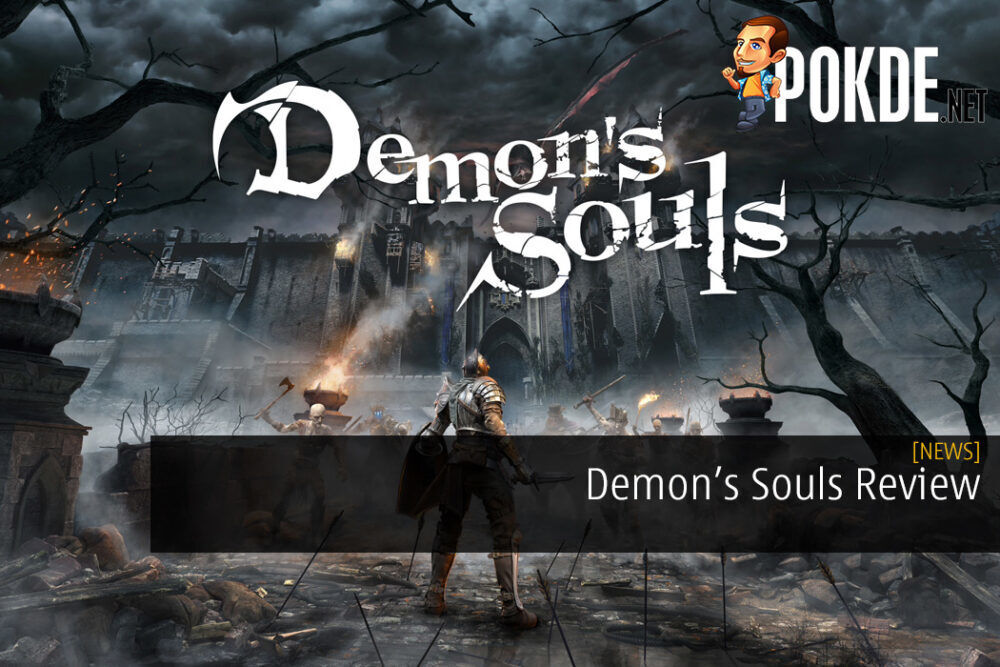 Entirely rebuilt from the ground up, this remake invites you to experience the unsettling story and ruthless combat of Demon’s Souls.

If you love the Souls series, the Demon's Souls remake for the PS5 is definitely a good choice to have.

What is Demon’s Souls About?

Demon’s Souls is an action RPG set in the kingdom of Boletaria which was attacked by the “Old One” for their abuse of the Soul Arts. As a result, the world was filed with the “Deep Fog” which spawned soul-eating demons. Eventually, the mystical being went into a slumber, that is until King Allant restored the Soul Arts. The kingdom is now filled with demons, and humans who lost their souls transformed into vicious monsters.

Players take on the role of an adventurer who enters the Deep Fog that plagues Boletaria. Unfortunately, the adventurer dies early on in the adventure but wakes up in The Nexus, a form of limbo in the afterlife. After speaking with the Maiden in Black and other characters, the adventurer is now tied to the Nexus until the Old One falls into slumber once more. With no choice in the matter, players will have to return to the living world, kill all the powerful demons that control various areas of Boletaria, and face off against an unlikely adversary to save the kingdom. 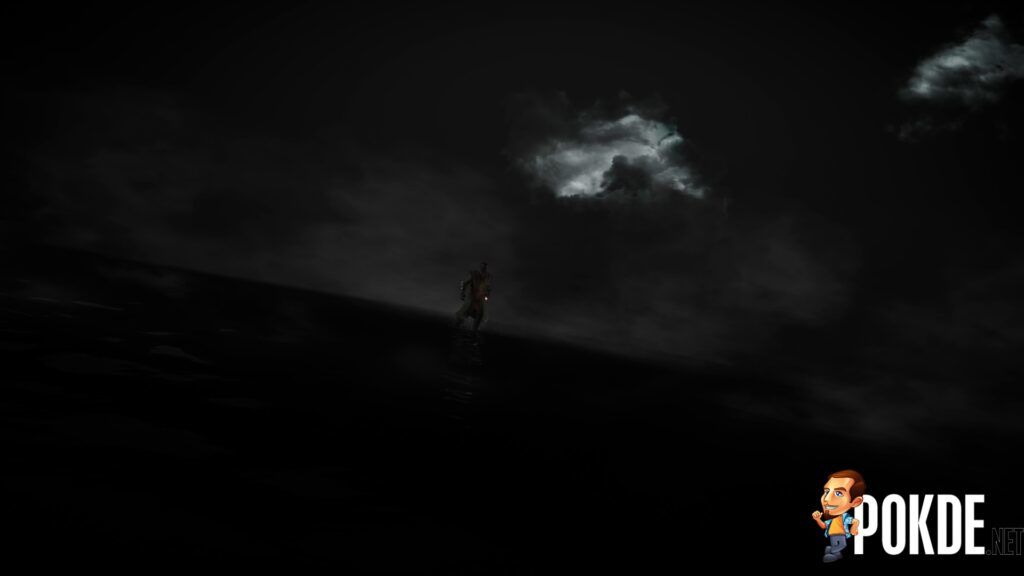 For those of you who aren’t aware, Demon’s Souls is a remake of the game with the same name that was first released on the PlayStation 3. It is a launch title for the PlayStation 5 and it has massive visual upgrades along with some new content. As far as the story goes however, it remains unchanged from the original game. Essentially, it has been fine-tuned to better suit the modern gaming environment. 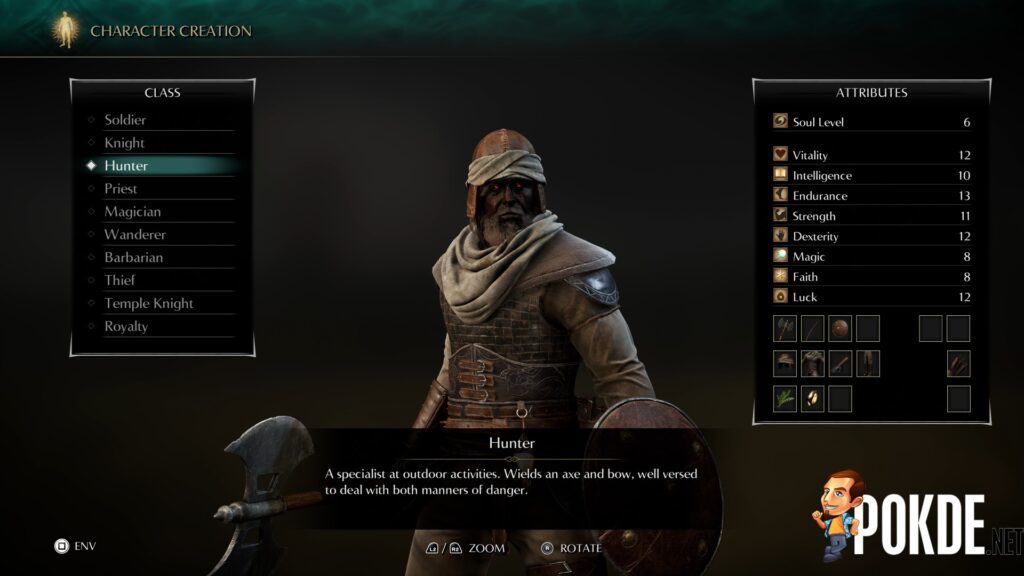 When you first start out, you will be taken to the character creation screen. Here, you can customize how your adventurer appears from their race to their body build. There’s quite a bit of options here so if you’re the type who likes to tailor your experience as much as possible, you’re going to have a blast with this. However, if you’re lazy to do that and would like to get started as soon as possible, there’s nothing wrong with sticking to the default settings. Afterwards, you can choose from 10 different character classes: 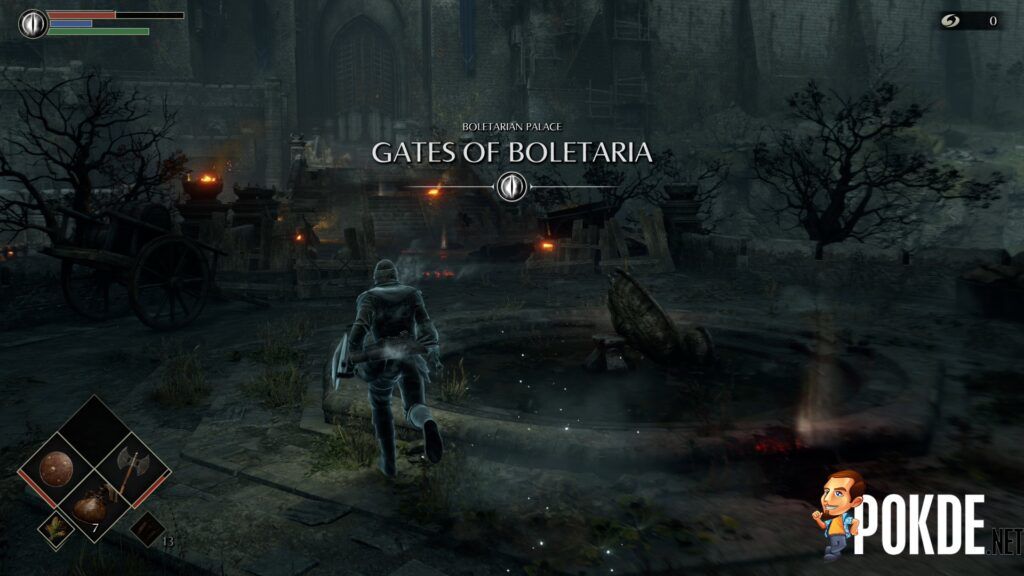 As for which class to go for, that would be dependent on whether you want to have a bigger focus on ranged or melee attacks. With that being said however, the most important part you should consider is how you want to start off with your character and what type of build you are going for. The reason for this is that your character growth isn’t limited to your class, so you can actually grow the character essentially any way you want. For example, having a battle mage later on in the game isn’t far-fetched.

If you want a more a unique experience, Royalty is a good way to go with their Soul Arrow which can one shot enemies early in the game. Furthermore, the included Fragrant Ring will help charge your MP so there’s less worries about being helpless. Alternatively, the Hunter class works great too with bow and arrow for ranged and melee combat still a viable choice. If you want a more straightforward experience however, go for the Soldier or Barbarian class and just bash your way into the game as these character have the highest strengths and endurance points, meaning you can easily dish out damage and take some as well.

As Difficult As Ever 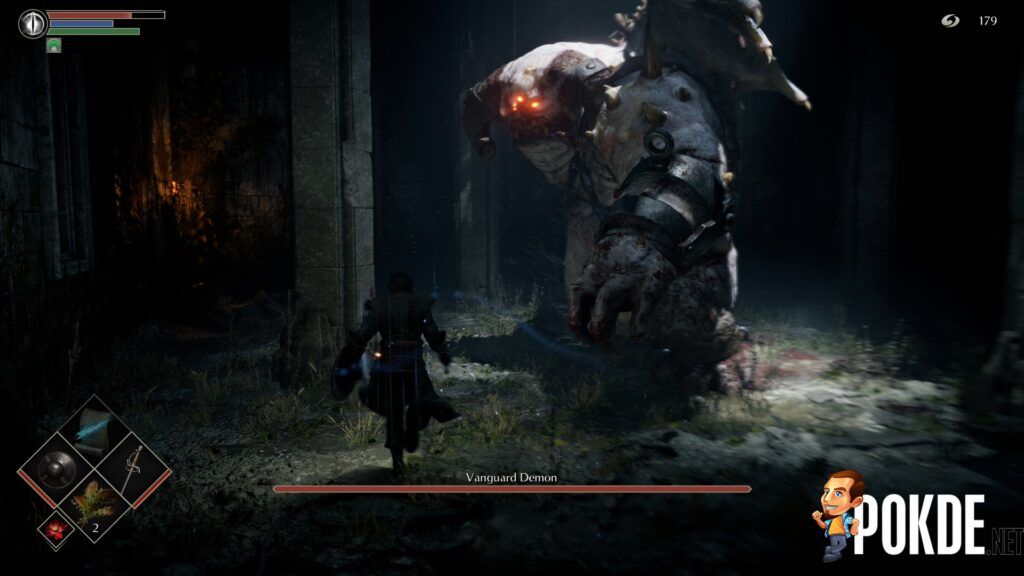 When you finally start off in the game, you will be in a castle area learning the ropes. You will be taught the basic actions that can vary depending on your character class. You will be given instructions on how to attack, move, dodge, and interact with the environment. Along with that, you will also have enemies in a rather controlled environment so you can learn with ease. Eventually, you reach the first boss battle and inevitably get killed due to how difficult it is with your current level and equipment.

After going through the scene at The Nexus, that’s when the game truly starts out. You start to learn that it functions as a hub world of sorts, letting you traverse to different parts of the kingdom of Boletaria, power up your character, and purchase items. As such, you will frequently visit this place throughout the course of the game. It can seem a little confusing at first but simply take your time to explore when you first reach there and you will remember it to the end of the game. 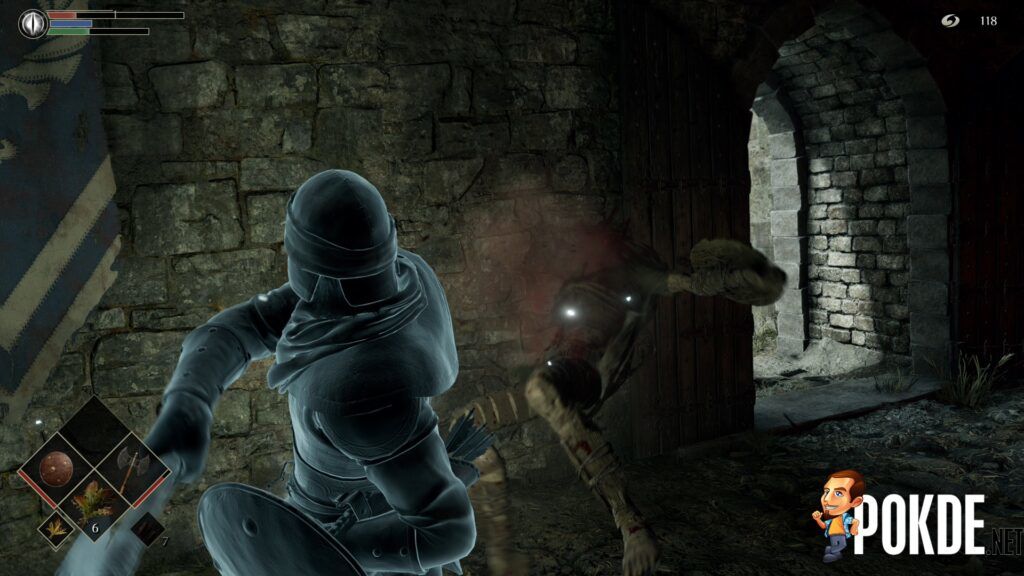 Like the typical Souls RPG, you can freely walk around, run, parry, dodge, and attack. However, most of these actions are dependent on your Stamina, which will deplete as you execute more actions. Having it drop to zero will either result in failure to do specific actions or it will be done in a rather sluggish manner. This is critical as a small mistake could cost your life.

With the exception of early parts of the game, enemies can get rather ruthless. Furthermore, the amount of damage they can dish out easily gets overwhelming. This adds up to the difficulty, especially when you’re facing multiple enemies at once. As frustrating as it may sound, it’s part of the game’s appeal as the challenge can be exhilarating. If you don’t have the aptitude or this kind of game, it’s just a matter of trial and error until you get it right. 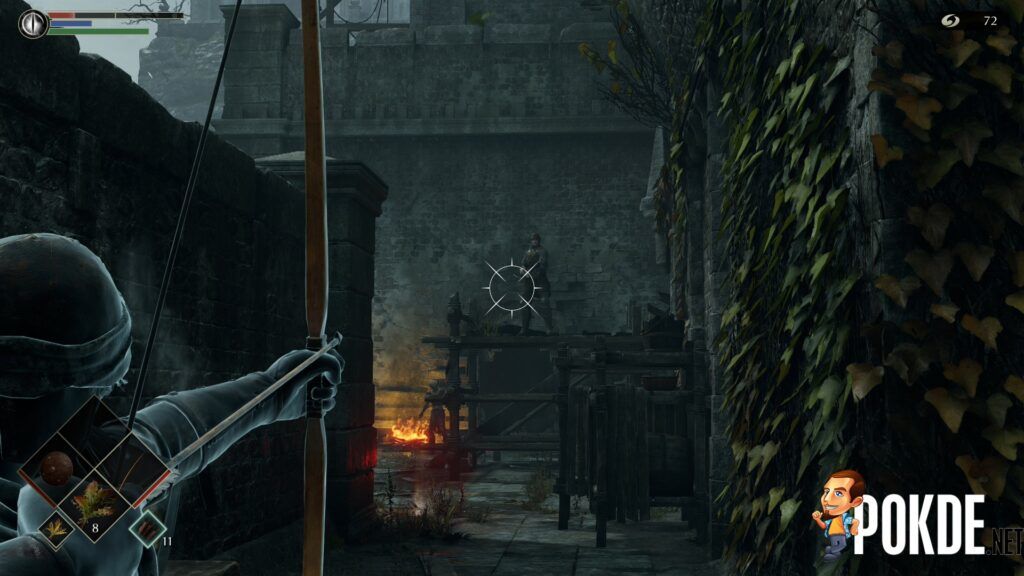 Just as the franchise is notorious for, Demon’s Souls still remains to be unforgiving in terms of difficulty. Like the original game, there is no option to change difficulty so you’re stuck with the game as is whether you like it or not. However, it’s nowhere near impossible and it’s just a matter of patience and understanding enemy patterns. Even a single moment of impatience could lead to your downfall, but the game will let you know that first-hand if you weren’t aware of it already.

The game has seen a massive visual upgrade over the original game, which I personally feel is fitting given that it’s a PS5 launch title. It’s definitely not the best one to showcase the next gen console’s true power but it’s certainly a great start. With that being said however, there are some camera angle issues still present in the game so as you pan the camera around to get a better view, there are times when you’ll be ambushed. At this point, I’m keen on believing that the developers intended it to be this way to add another layer of challenge since it’s present in virtually every Souls game released today.

Looking for an action RPG that’s a lot more forgiving in terms of difficulty? Check out our review of Assassin’s Creed Valhalla by clicking right here. 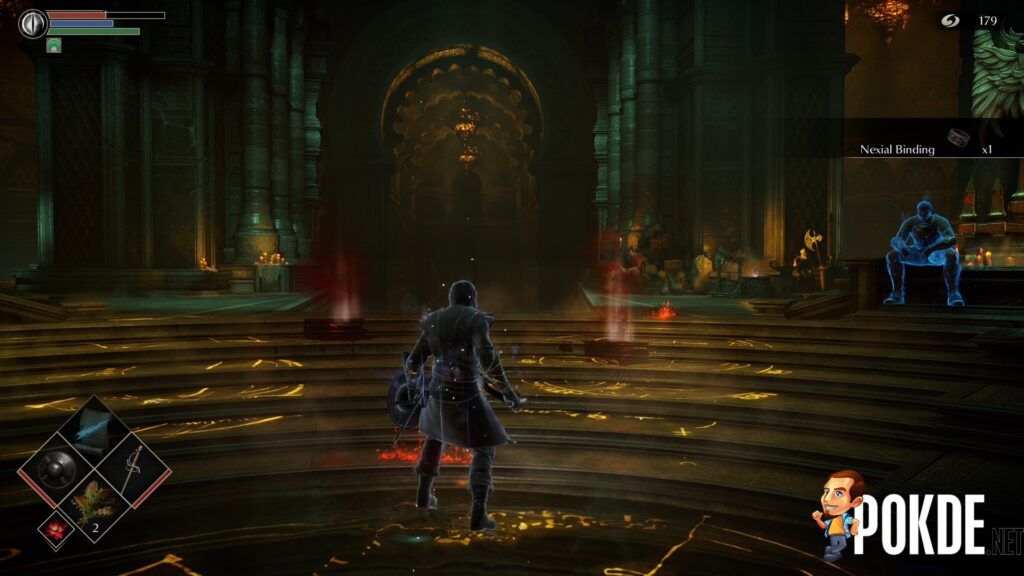 However, it’s definitely not a game for the impatient, it’s the priciest PS5 game yet at RM299, and there isn’t much new with the game. If that’s perfectly fine with you, then I’m sure you will be more than happy with the game. At the end of our Demon’s Souls review, I award this game with our Silver Pokdeward.

Big thanks to PlayStation Asia for sending us the review code for this game.

Aiman Maulana
Jack of all trades, master of none, but oftentimes better than a master of one. YouTuber, video editor, tech head, and a wizard of gaming. What's up? :)
Pokde Recommends
ActionBandai NamcoconsoleDark SoulsDemon's SoulsFromSoftwareGamingMalaysiaGamingPS5ReviewSony
MORE
Read More
1314

List Of Xiaomi Smartphones To Get MIUI 12.5 Update
Next