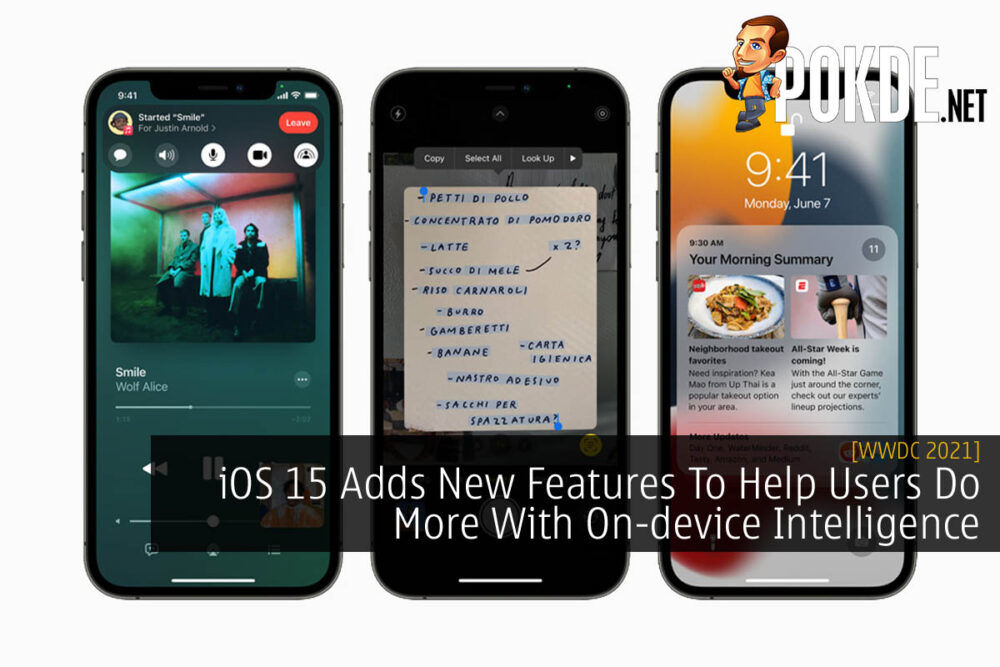 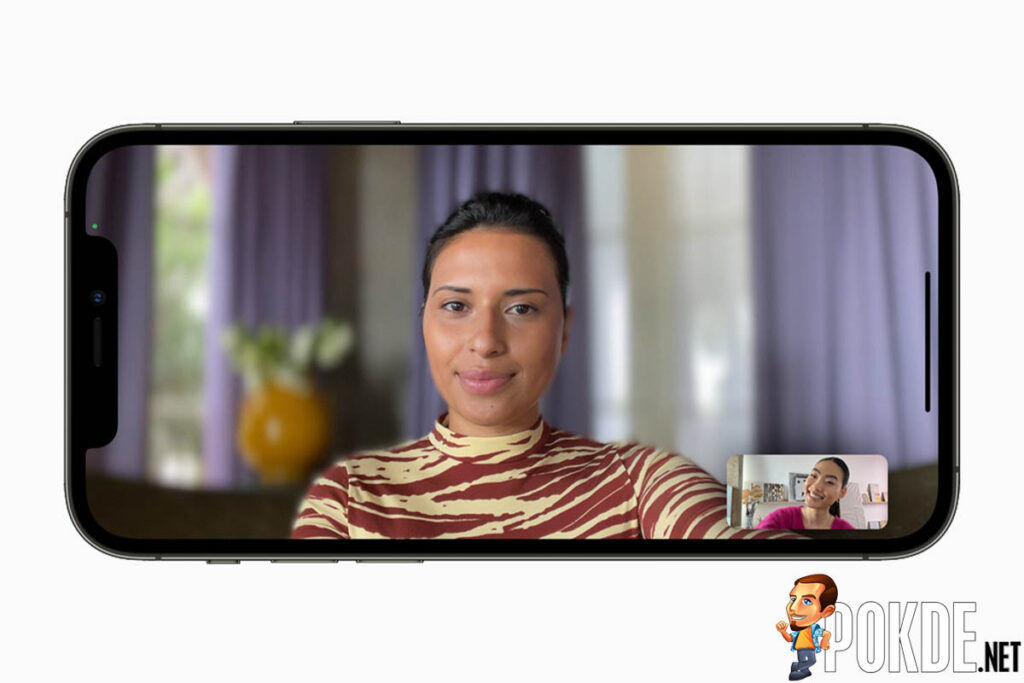 FaceTime calls also extend beyond Apple devices with the ability to create a link from iPhone, iPad, or Mac, and share it through Messages, Calendar, Mail, or third-party apps, so anyone can join a FaceTime call from their web browser on Android and Windows devices. 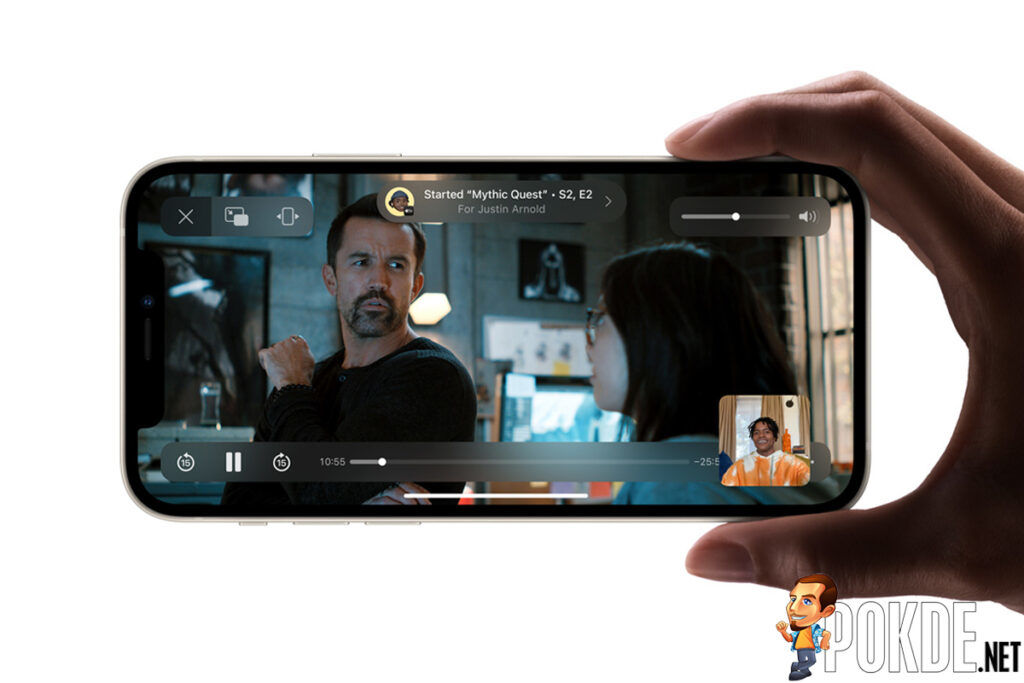 Additionally, users can now share experiences with SharePlay while connecting with friends on FaceTime. This enables users to do other things like listening to songs together with Apple Music, watching a TV show or movie in sync, or sharing their screen to view apps together. SharePlay works across iPhone, iPad, and Mac, and offers shared playback controls with anyone in the same session.

SharePlay even extends to Apple TV, so users can watch shows or movies on a big screen while connecting over FaceTime, and SharePlay will keep everyone’s playback in sync. Apple says that third-party apps like Disney+, ESPN+, HBO Max, Hulu, MasterClass, Paramount+, Pluto TV, TikTok, Twitch, and many others will integrate this feature soon. 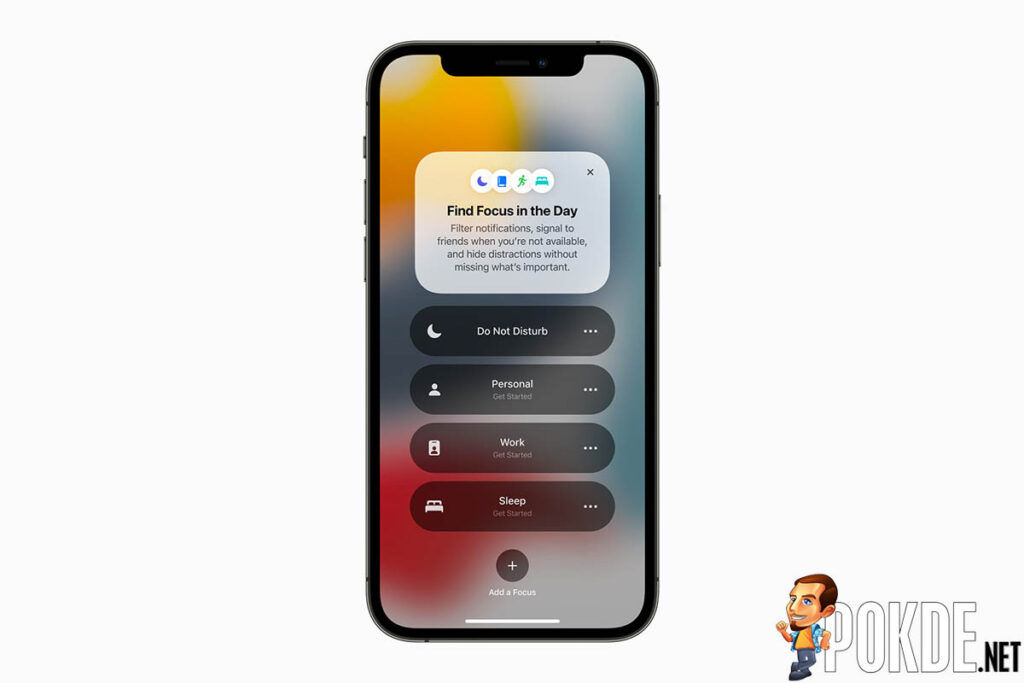 Furthermore, iOS 15 also introduces Focus, a new feature that uses on-device intelligence to suggest which people and apps are allowed to notify them which helps users focus and reduce distraction. Focus suggestions are based on the user’s context, such as whether they’re at work or getting ready for bed, and once Focus is set on one Apple device, it’s applied to all of their other Apple devices. 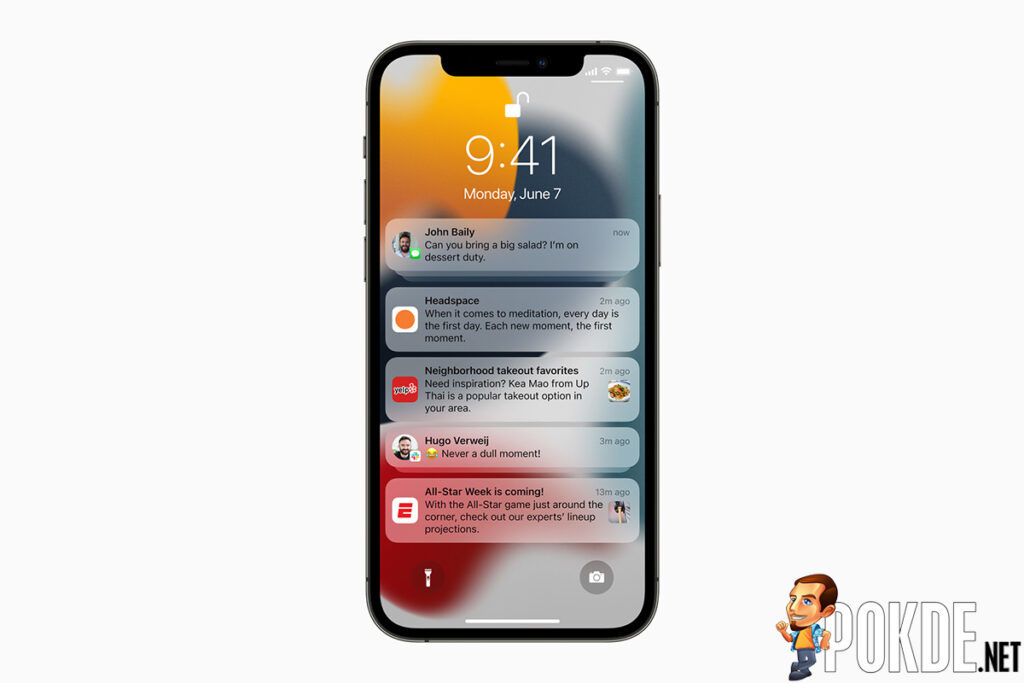 Notifications on iOS 15 have also been redesigned to include contact photos for people and larger icons for apps. Notifications are now arranged based on priority based on the user’s interactions with apps, with urgent messages rising to the top.

Live Text recognises text in a photo and allows users to take action using on-device intelligence. The Camera app can now instantly recognise and copy text in the moment, like the Wi-Fi password shown at a local coffee shop, thanks to the Apple Neural Engine. Users can discover more about popular art and places across the world, as well as plants and flowers found in nature, pet breeds, and even books, using Visual Look Up.

In addition to this, Spotlight in iOS 15 now offers web image search and all-new rich results for actors, musicians, TV shows, and movies. Enhanced results for contacts show recent conversations, shared photos, and even their location if shared through Find My. Photos includes the biggest update ever to Memories, with a fresh new look, an interactive interface, and integration with Apple Music, which uses on-device intelligence to personalise song suggestions. 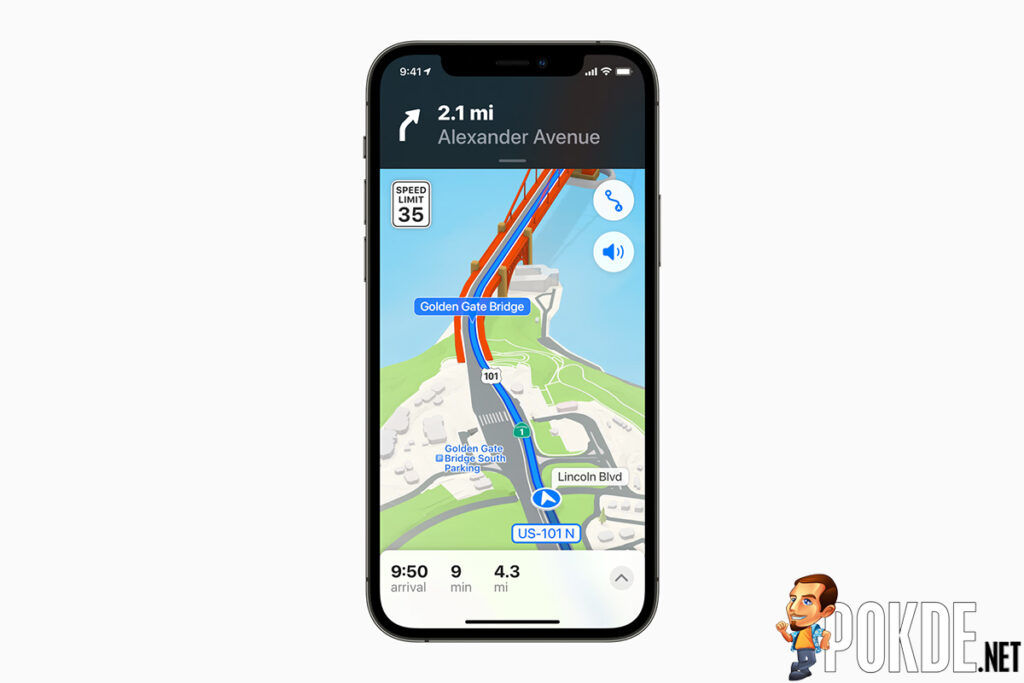 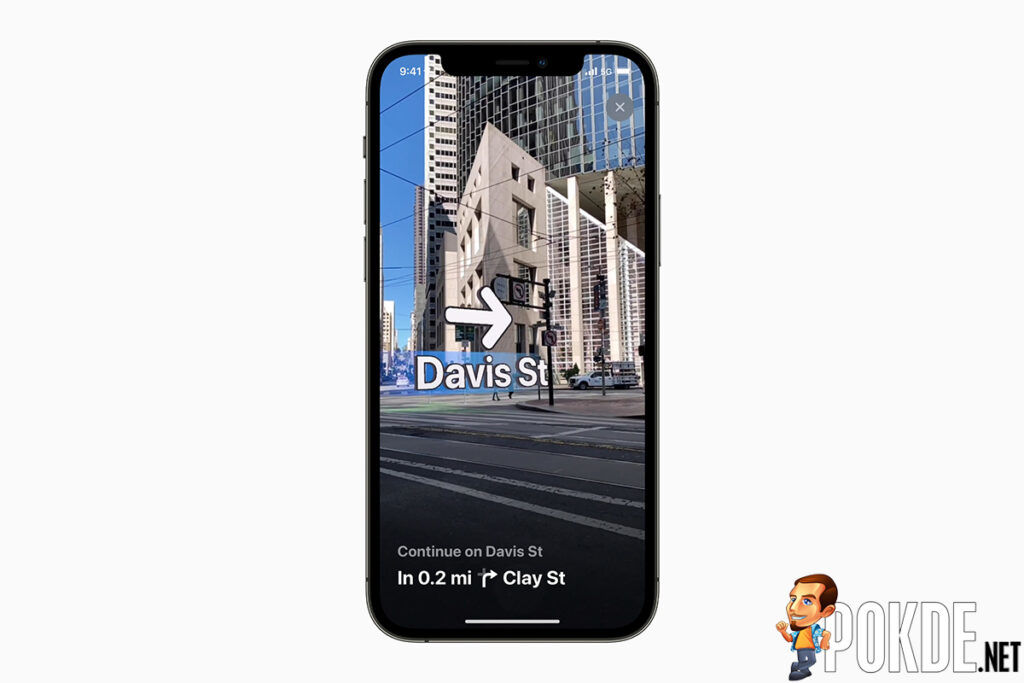 Maps will automatically follow a set transit route, alerting users when it’s almost time to disembark, and riders can even watch their progress on their Apple Watch. Users can just hold up their iPhone to have Maps create a very precise position and offer precise walking directions in augmented reality with iOS 15.

Other features and enhancements coming with the new iOS 15 update includes:

iOS 15 is now available to Apple Developer Program members here starting today, while the public beta version will be available next month here. For more information on what’s coming with iOS 15, check out the official website here.

Pokdepinion: Quite a lot of things introduced with iOS 15. Looks good on paper but I wonder how it will perform when it finally releases.

You Can Now Create Your Own WhatsApp Stickers!
Read More
585