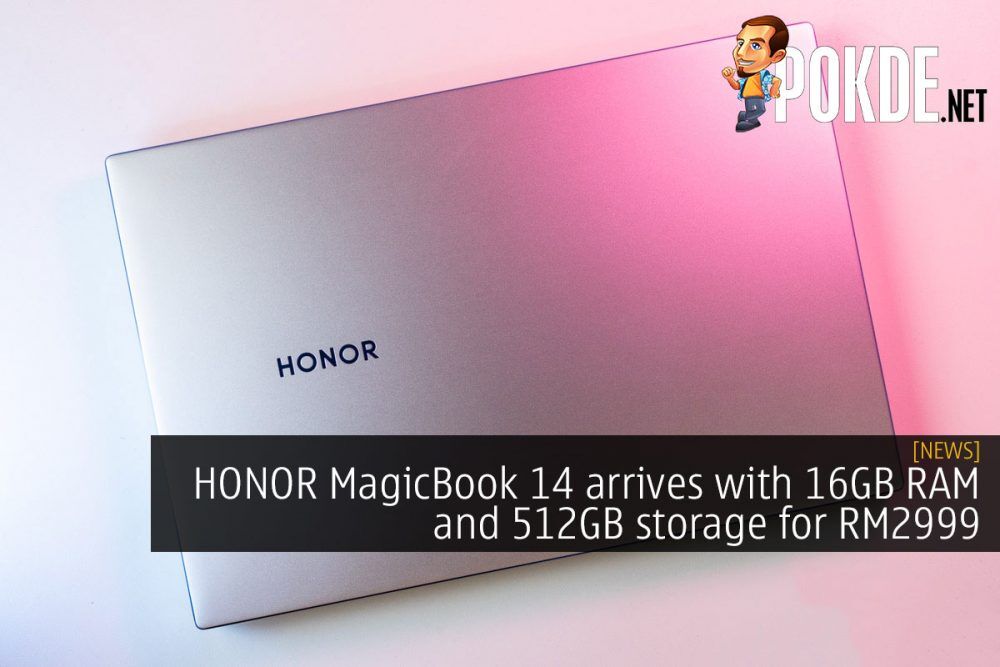 The current crop of AMD laptops are somewhat limiting with just 8GB RAM under the hood, and are often non-upgradeable. Well, if you have a need for RAM, HONOR is ready to solve that issue for you with the latest variant of the HONOR MagicBook 14 with 16GB of sweet DDR4 memory. 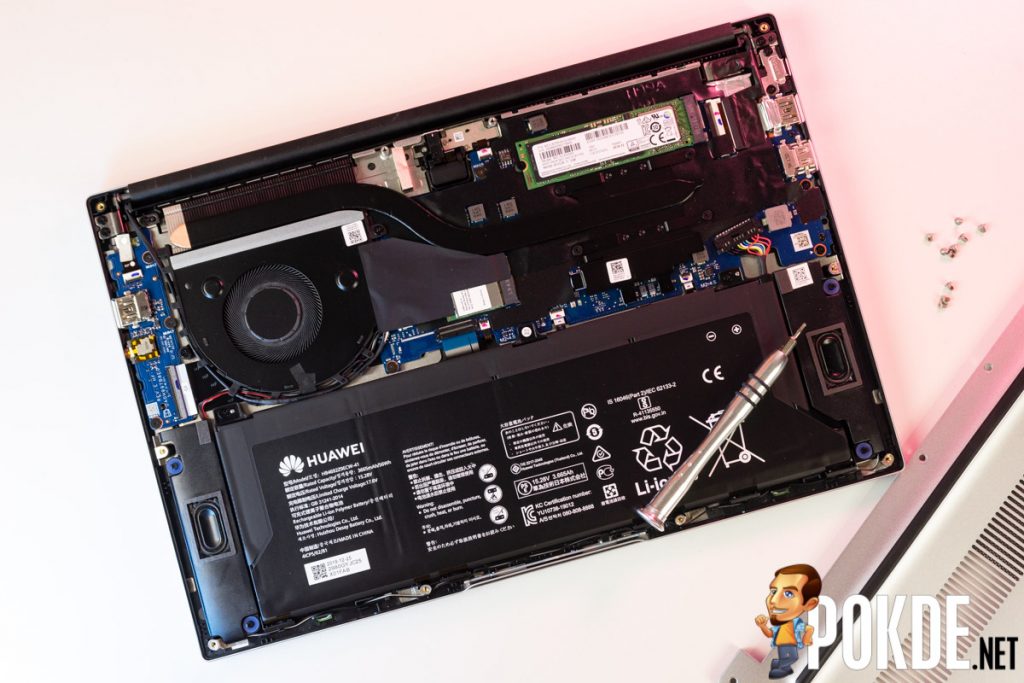 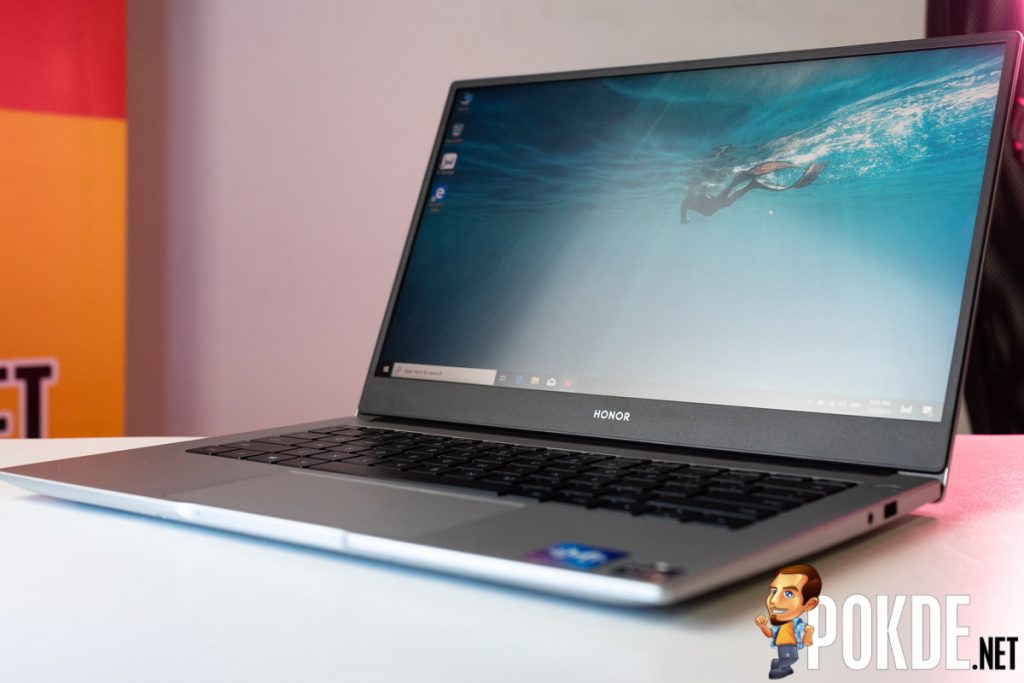 What’s not so interesting is that HONOR will also be charging quite significantly more for the HONOR MagicBook 14 with 16GB RAM. Priced at RM2999, it is probably a bit steeper than what most would want to pay for a laptop based on an AMD Picasso APU, especially when HONOR has already announced the HONOR MagicBook 14, 15 and MagicBook Pro with Ryzen 4000 processors in China last week.

But all’s not lost yet… HONOR will be offering pre-order freebies worth a total of RM817, so the value proposition is still quite impressive with the HONOR MagicBook 14. I mean, you don’t often get laptops that come with a free smartwatch like the HONOR Watch Magic, do you? 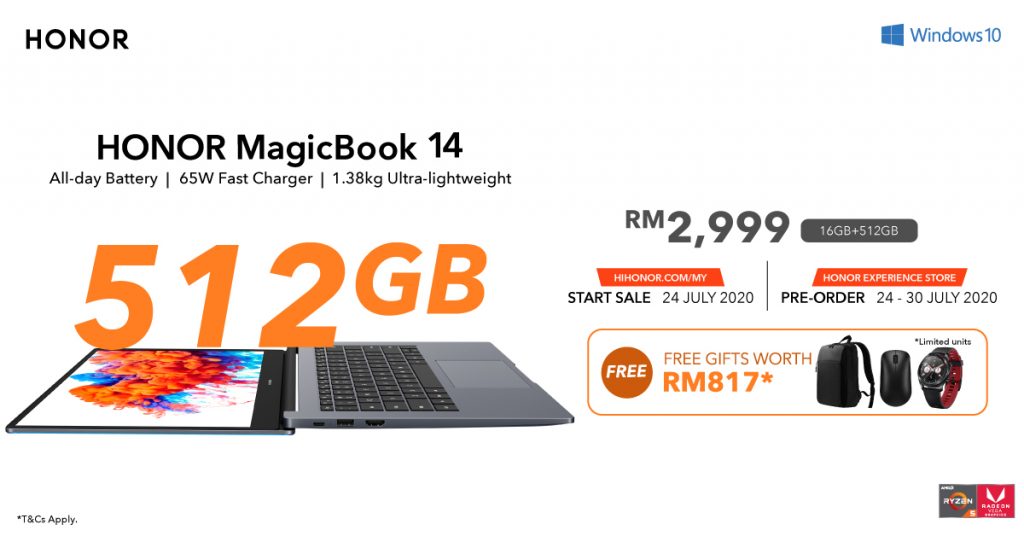 The HONOR MagicBook 14 with 16GB RAM will be available for pre-orders starting this 24th July on Hihonor, HONOR’s stores on Shopee and Lazada as well as at HONOR Experience Stores (HES) and partner stores.

Pokdepinion: The 16GB RAM does seem pretty enticing, but you won’t really need that much RAM with the display on the HONOR MagicBook 14 limiting any content creation you have in mind… 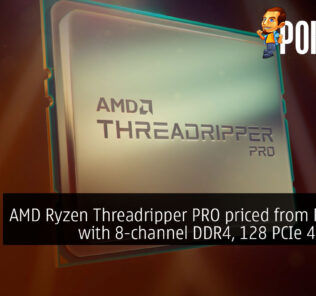 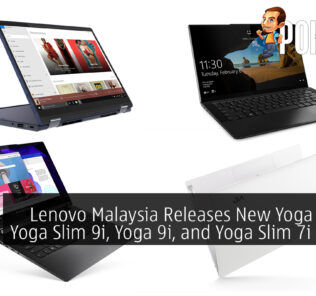