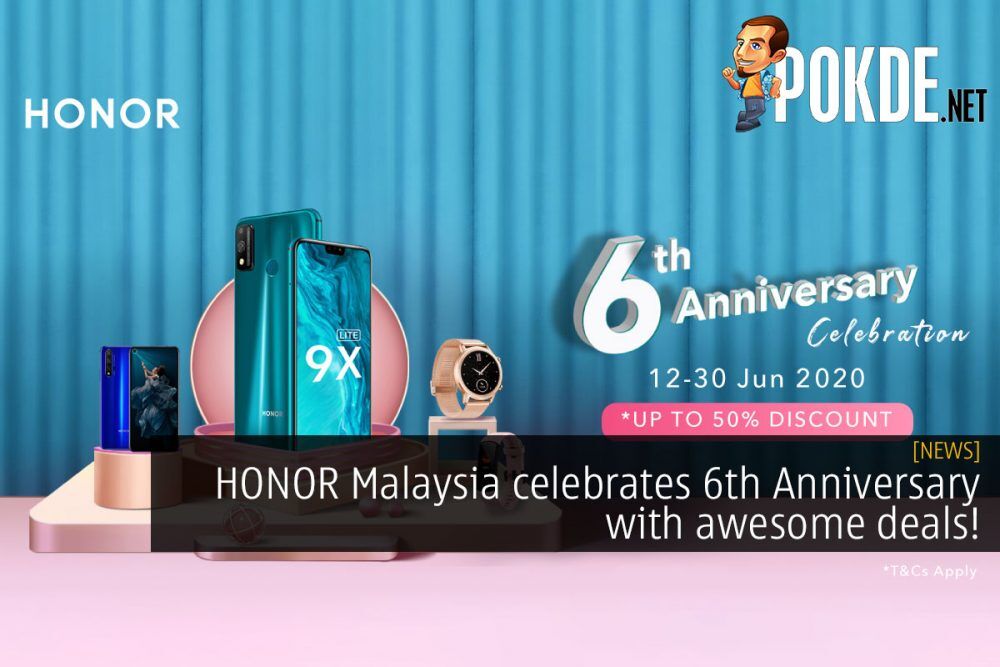 HONOR Malaysia will be turning six this year, and to celebrate it, they are giving out pretty nice discounts on their products. From 12th June until 30th June, there are some awesome deals on their products to thank fans for the support over the years. HONOR’s 6th Anniversary Deals will be available both online on Hihonor as well as offline at HONOR Experience Stores and partner stores. 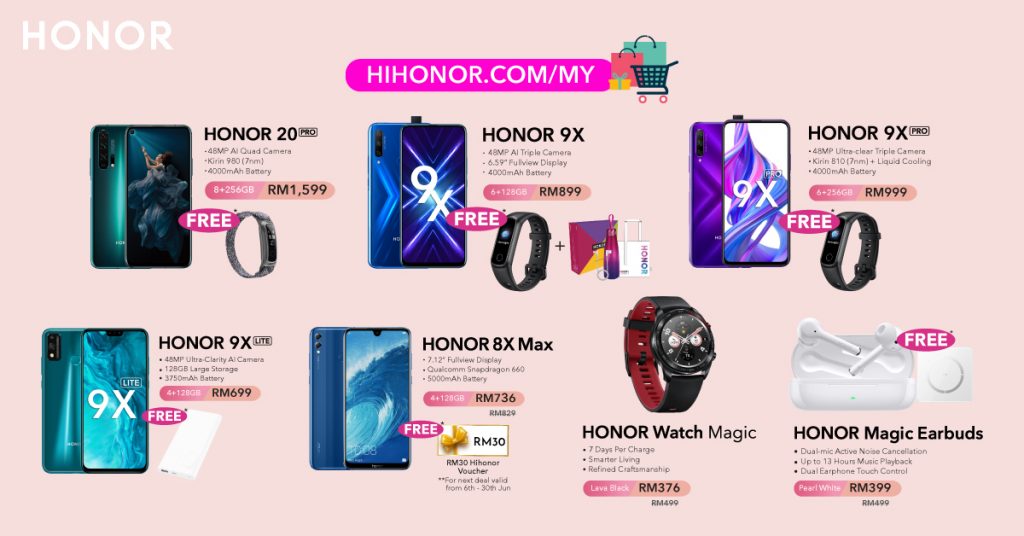 From 16th to 30th June, HONOR will be offering discounts and freebies on most of their products, including the popular HONOR 20 and HONOR 9X series. You can check out the following promotions on their products:

For those of you who want to dive into the HONOR ecosystem, HONOR is also offering bundles for you to get multiple HONOR devices at a more affordable price tag.

And of course, as customary, there will be daily flash deals on a number of their products including the HONOR 20 Pro. The flash deals will be revealed at 12pm daily, so make sure to check in to Hihonor everyday.

HONOR fans can win more freebies through Hihonor’s Spin & Win game. Stand a chance to win HONOR FlyPods Lite, HONOR Powerbank and Vouchers worth up to RM100. Registered users on Hihonor can also grab vouchers up to RM606 to use on their next purchase. Submitting reviews on your new HONOR Magic Earbuds, HONOR Scale 2 or HONOR 9X Lite can also net you a chance to win HONOR Band 4 Running. Even commenting on an existing review will put you in the running to win an HONOR Band 4 Running too!

From today until 15th June, you can head on over to Hihonor to win a RM80 voucher to be used on an HONOR MagicWatch 2 46mm (Black), a RM70 voucher for the HONOR Powerbank or a Free Shipping Voucher, simply by subscribing to HONOR’s newsletter. 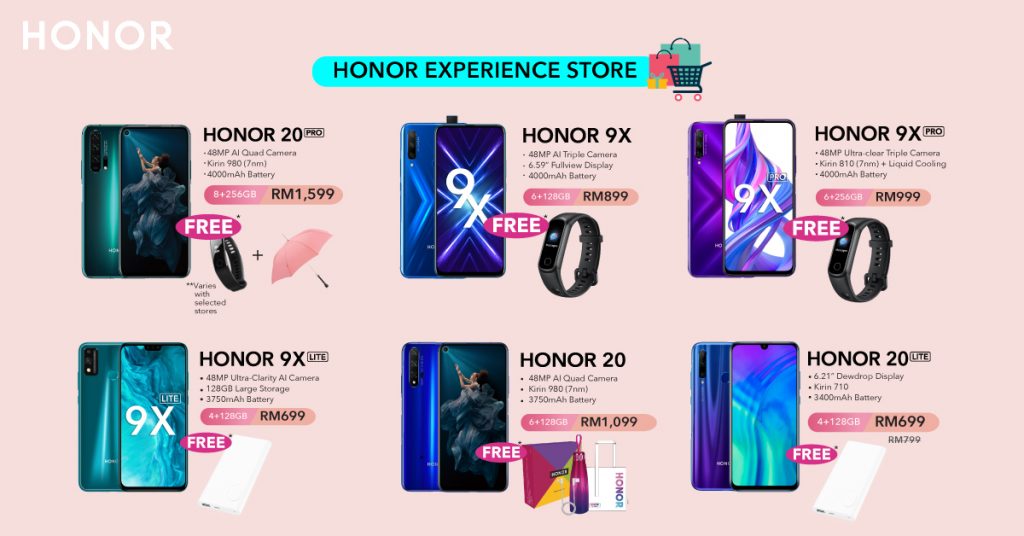 If you can’t wait for the deals on Hihonor, you can also head on over to HONOR’s physical outlets, with freebies for the latest HONOR smartphones.

Pokdepinion: I hope I can snag one of those HONOR 20 Pro’s in the flash deal…

Computex 2020 is cancelled — Computex 2021 to follow regular schedule
Next