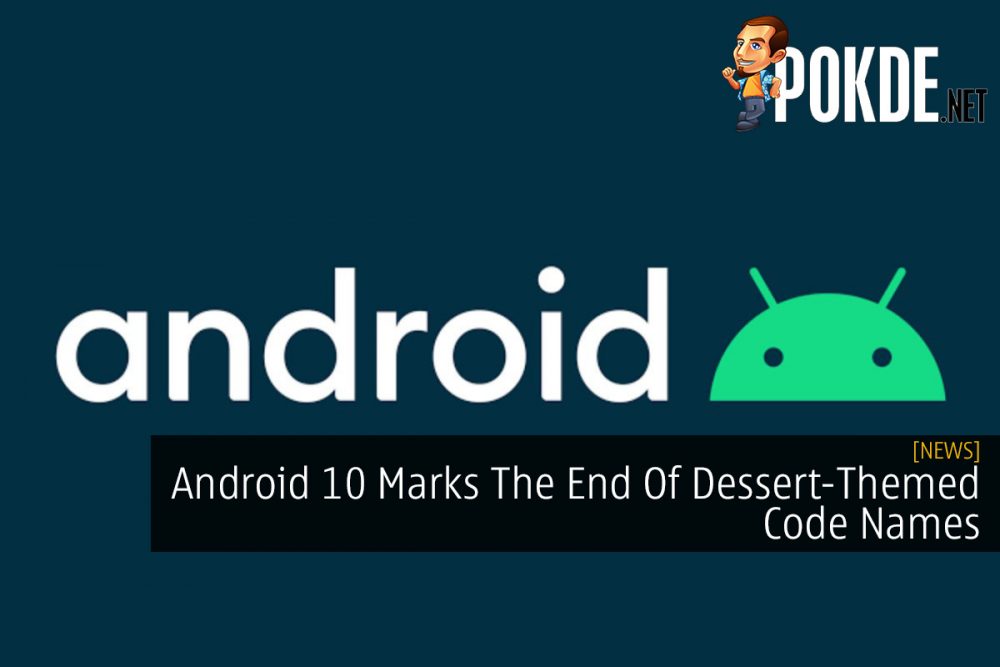 Google has finally lift the lids on the newest Android 10, the official name for the upcoming version of Android OS. It seems that with the decision, the era of naming updates after desserts is sadly over.

Previously referred to as ‘Android Q’, the news is sure to be a let down for long time Android smartphone users all around. In an interview with Android Authority, Google’s lead for brand and creative for Android, Sydney Thomashow has revealed the reason behind the decision. It seems that they want the Android brand to be more “inclusive and recognizable to a worldwide audience”.

He added “As we mentioned in our Android rebranding feature, names like KitKat and Nougat are not known in many markets in the world. So, the decision was made to ditch the sweet treats and use version numbers instead”.

Android 1.0 was released back in 2008 and the first official Android version that came with a dessert name was Android 1.5, which was called Cupcake in 2009. Subsequent version have then been getting a name in alphabetical order and went on until Android 9 Pie came out.

Pokdepinion: I know it’s not a big of a deal but still, it would’ve been nice to see they made it all the way to ‘Z’. What was your first Android ‘dessert’? Let us know in the comments below.