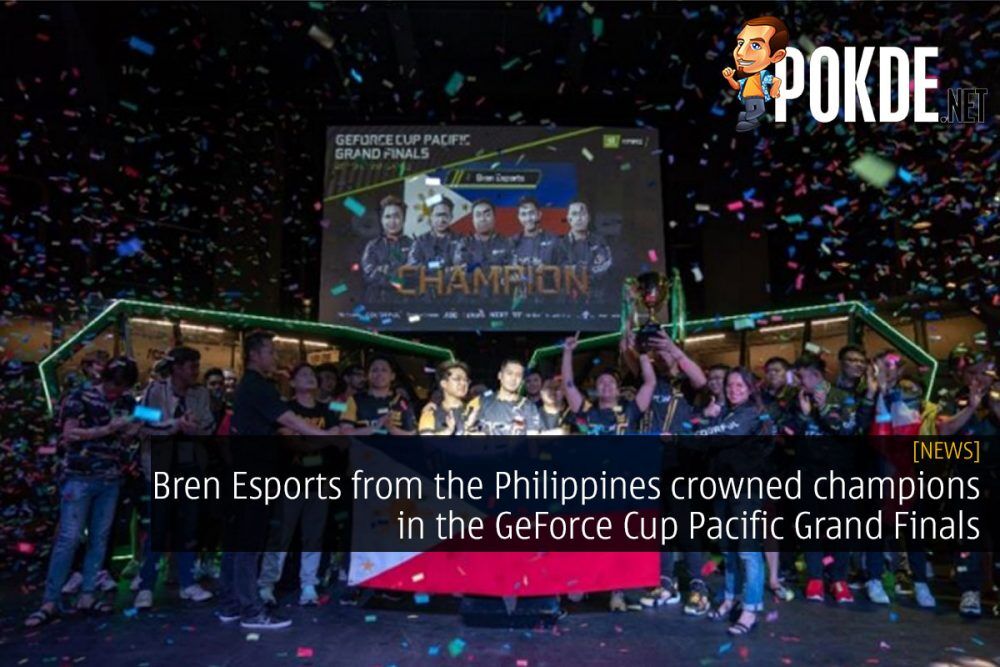 The GeForce Cup Pacific Grand Finals kicked off in October 2019 with over 1900 teams from 13 countries competing to prove themselves in CS:GO. From all the teams, 10 teams made it to the grand finals, and Bren Esports from the Philippines emerged victorious on 12th January, bringing home $8000 (~RM32 576).

The GeForce Cup Pacific is sponsored by Colorful and supported by AOC, Kingston, NZXT and Thermaltake. We also got the opportunity to interview NVIDIA’s iCafe Program Manager, Alex Liao. Check out our interview video below!

Pokdepinion: I haven’t played in a GeForce-certified iCafe yet… Maybe I should try one soon. Maybe I will discover some hidden esports talent in myself?

Teenager Turned Down $8 Million Offer To Play CS:GO With His Friends Instead
Read More
11044