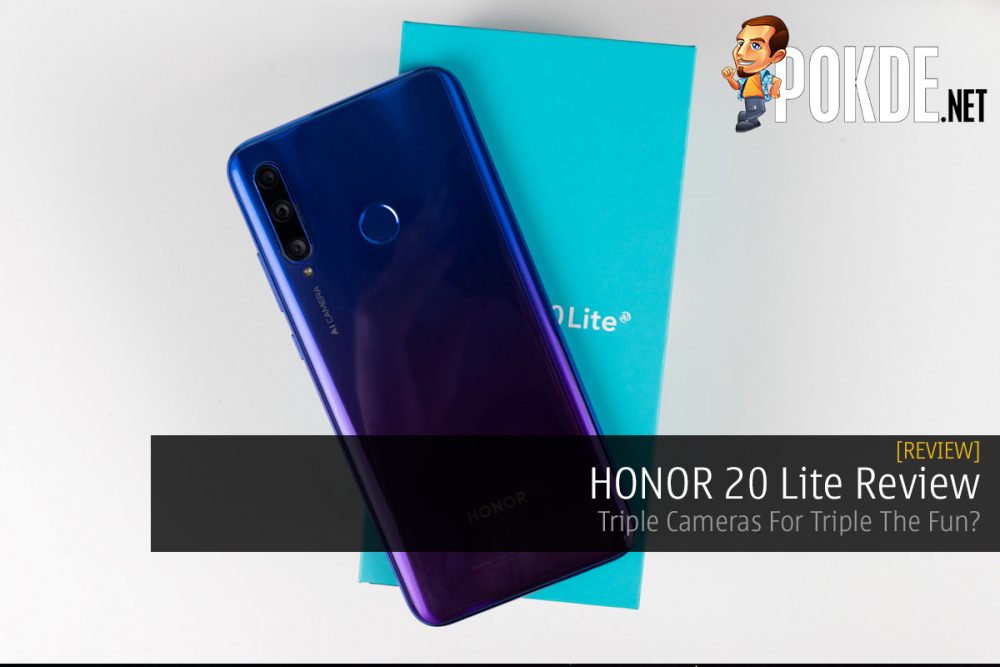 HONOR's first ever smartphone to come with a triple rear camera setup that offers a wide-angle lens in the combo. Will it offer better shots with more cameras?

An upgraded version of the HONOR 10 Lite with smoother user experience but still lacking in the cameras department.

Representing itself as HONOR’s first smartphone to sport the triple rear cameras, we take a look at the brand new HONOR 20 Lite. Here’s a quick fact; the HONOR 20 Lite is actually called the HONOR 10i in China, where they are exactly the same device. Thanks to the triple camera setup, their tagline for it is ‘Triple The Fun’. Does packing more lenses in a smartphone means better performance? Without wasting any more time, let’s find out shall we? 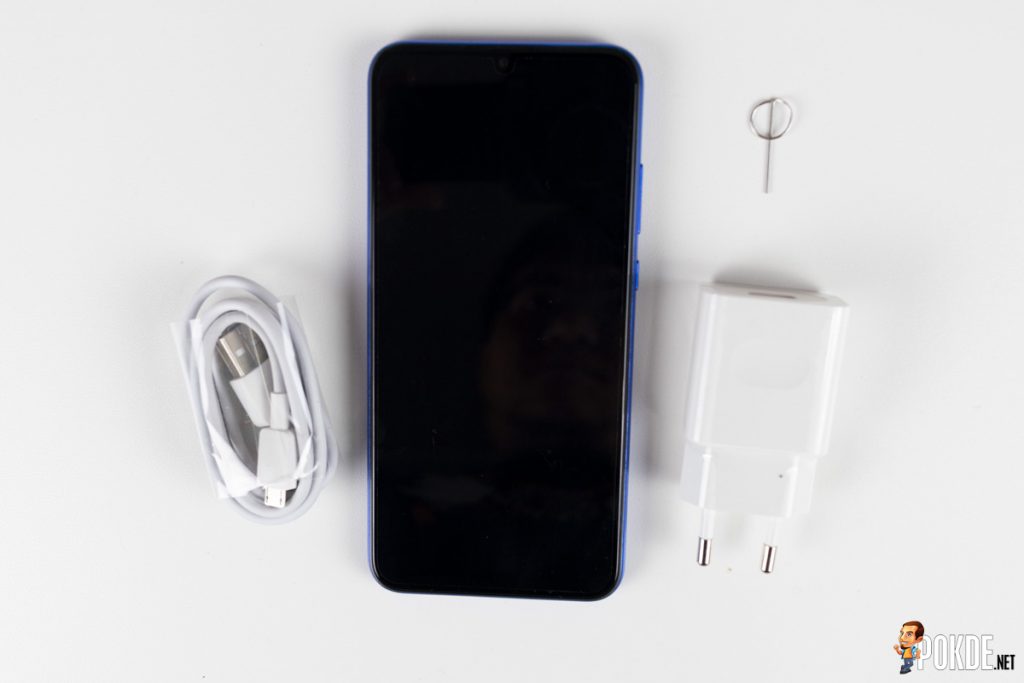 We’ve gotten our hands on the pre-release version of the HONOR 20 Lite, which misses out on a TPU case. Worry not, it will come included with retail units. Inside, you’ll get the smartphone itself, the charger, as well as a microUSB cable. 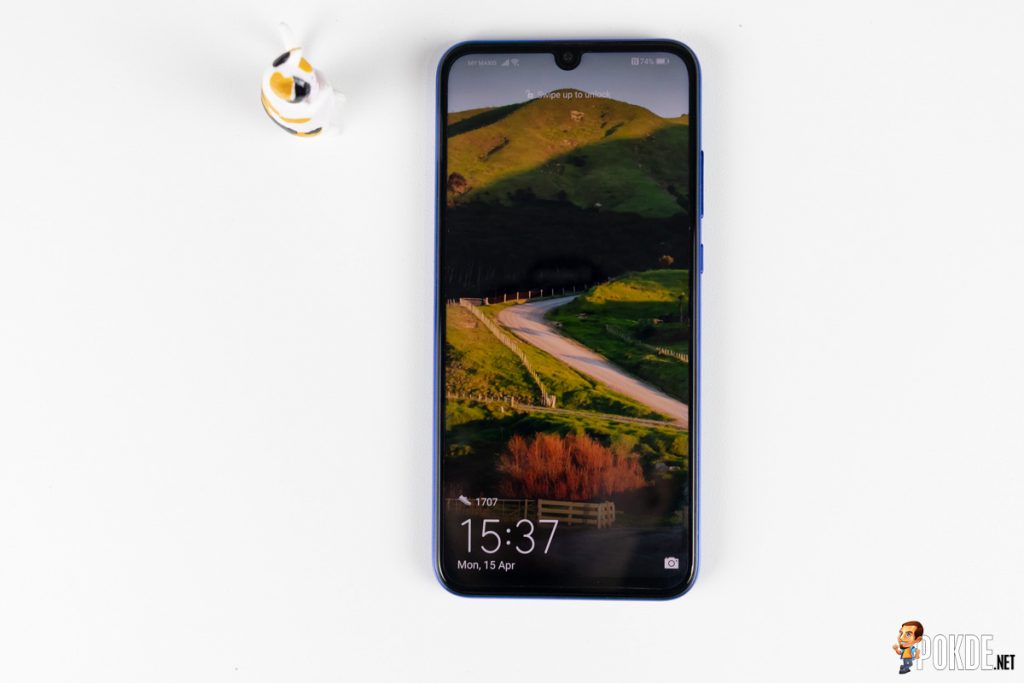 On the front, you get a clear view of the HONOR 20 Lite waterdrop notch, which houses the phone’s selfie camera. 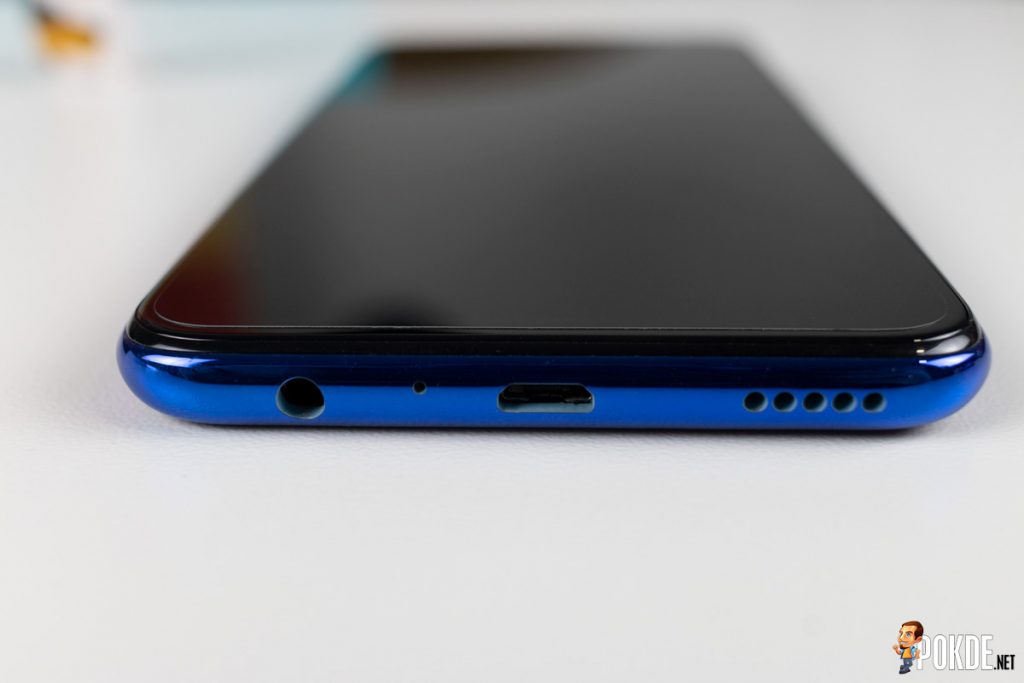 Over at the bottom part of the smartphone, you have the 3.5mm audio jack, the smartphone’s microphone hole, a microUSB port, and a speaker grille. 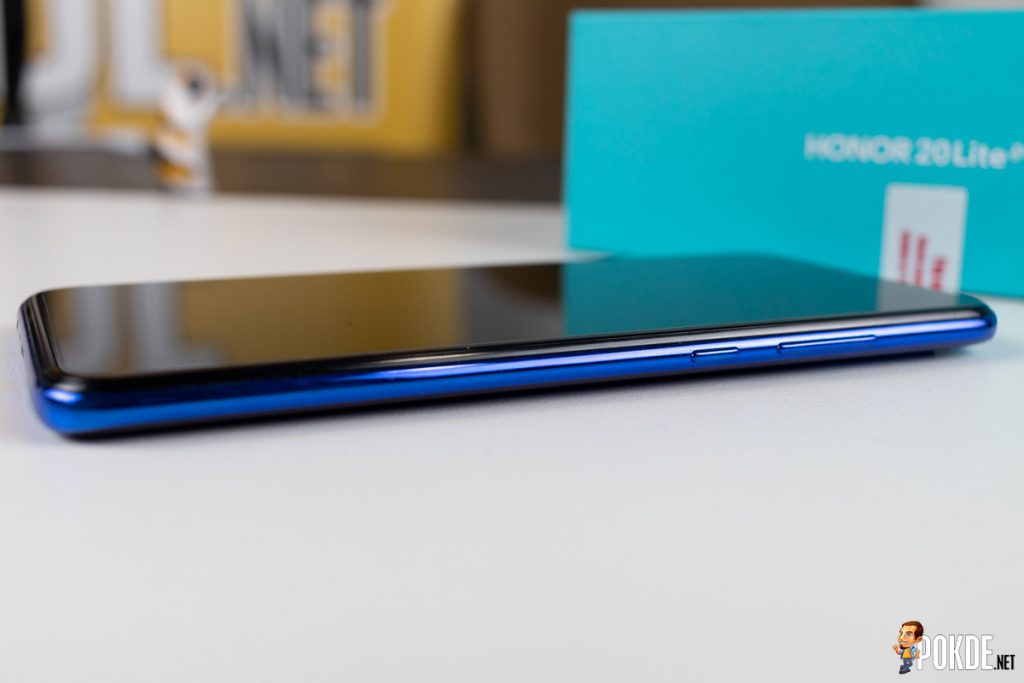 Over to the right, you’ve got the power button and the volume rockers. I like the fact that they’ve decided to cover all four sides of the phone with a nice touch of blue. On the opposite side, it’s completely empty. 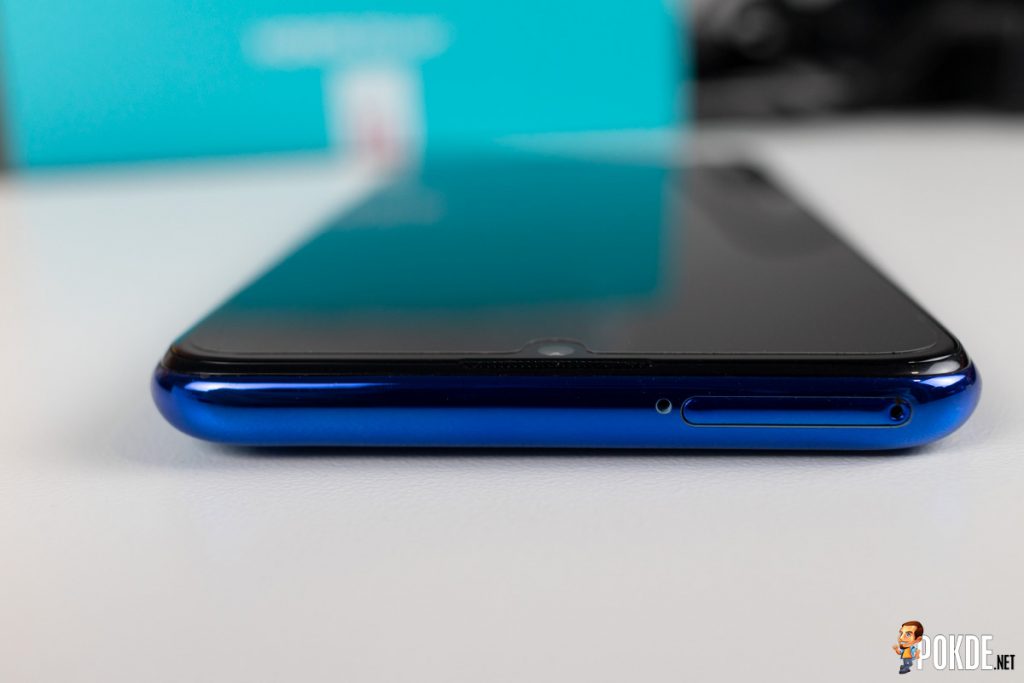 Instead of putting the SIM / microSD tray on the left like most phones, HONOR decided to place it on the top part of the smartphone. 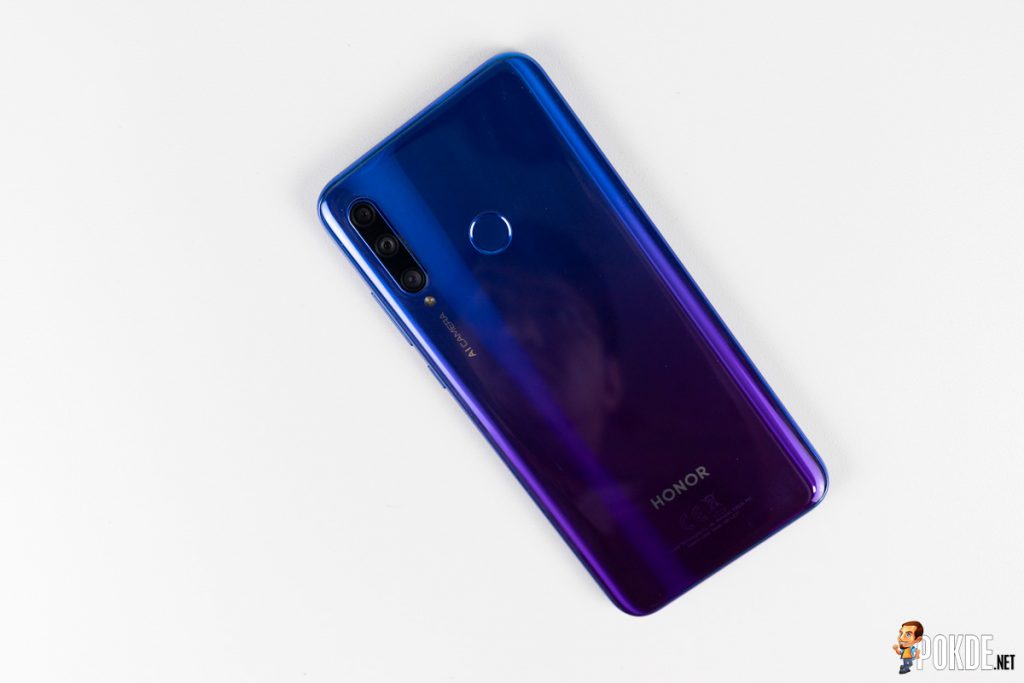 The review unit that we got in our hands is the Phantom Blue version of the HONOR 20 Lite. As you can see, the back has a mixture of blue and purple, with the latter filling more on the bottom. On the back, you can find the triple camera setup, which is accompanied by an LED flash, as well as the HONOR branding towards the bottom of the smartphone. 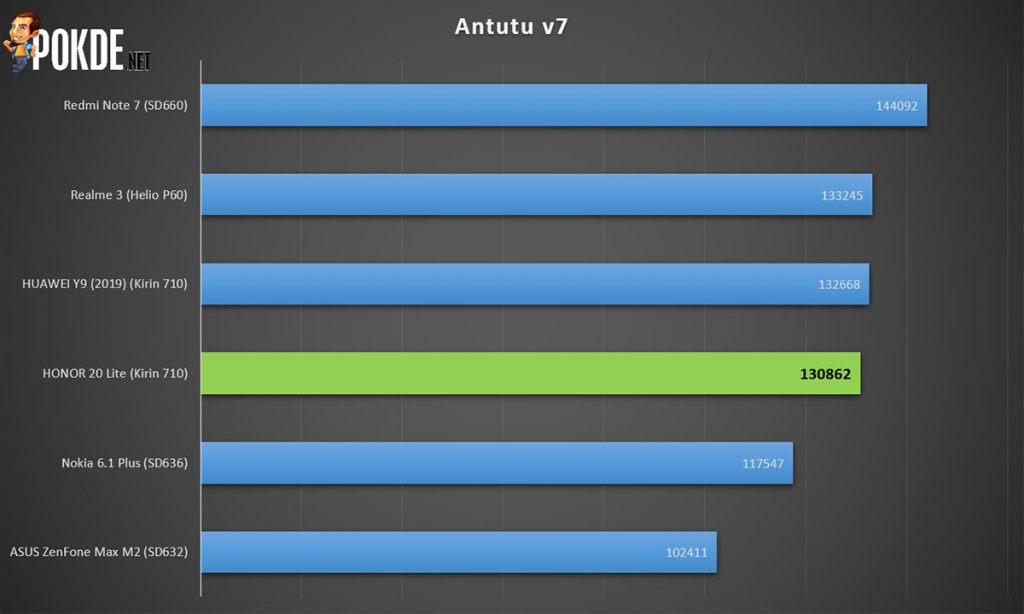 The HONOR 20 Lite comes a bit short of the HUAWEI Y9 (2019), which uses the same Kirin 710 chipset. It’s still essentially the same, so we can expect essentially identical performance at least where this benchmark is concerned. It’s roughly on par with the Helio P60 but is noticeably weaker than the Snapdragon 660 in the Redmi Note 7. 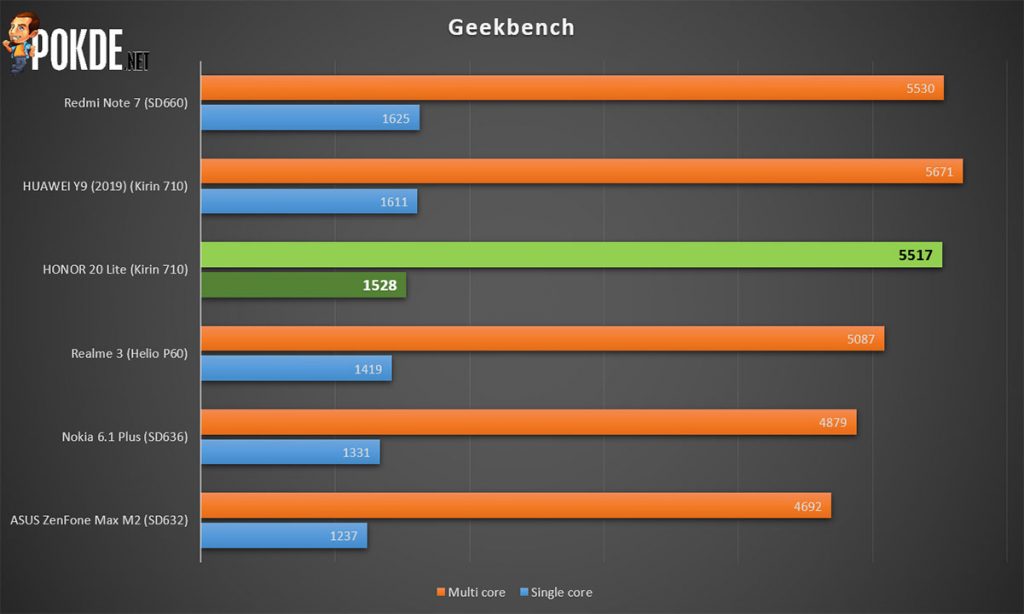 CPU performance for the HONOR 20 Lite scored as expected at the mid range for both multi core and single core tests in Geekbench. It’s worth noting that once again, it is lower than the similarly powered HUAWEI Y9, but not by much. 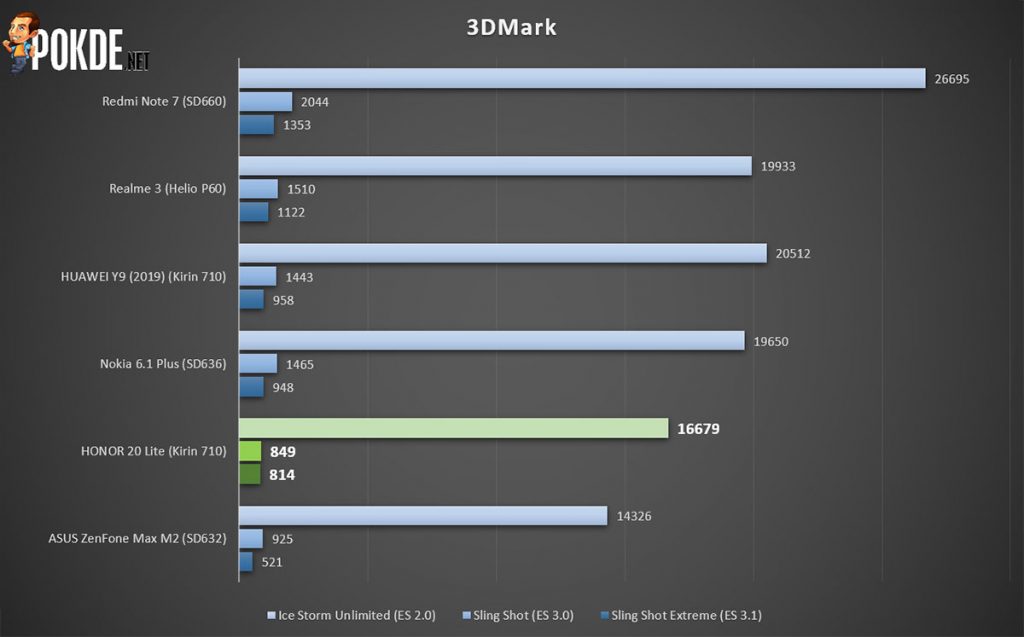 In terms of GPU performance, it scored rather low, especially in Sling Shot Extreme (ES 3.1). It doesn’t necessarily mean that it’s weak in games however, just that there are other devices in the midrange spectrum that can perform better. 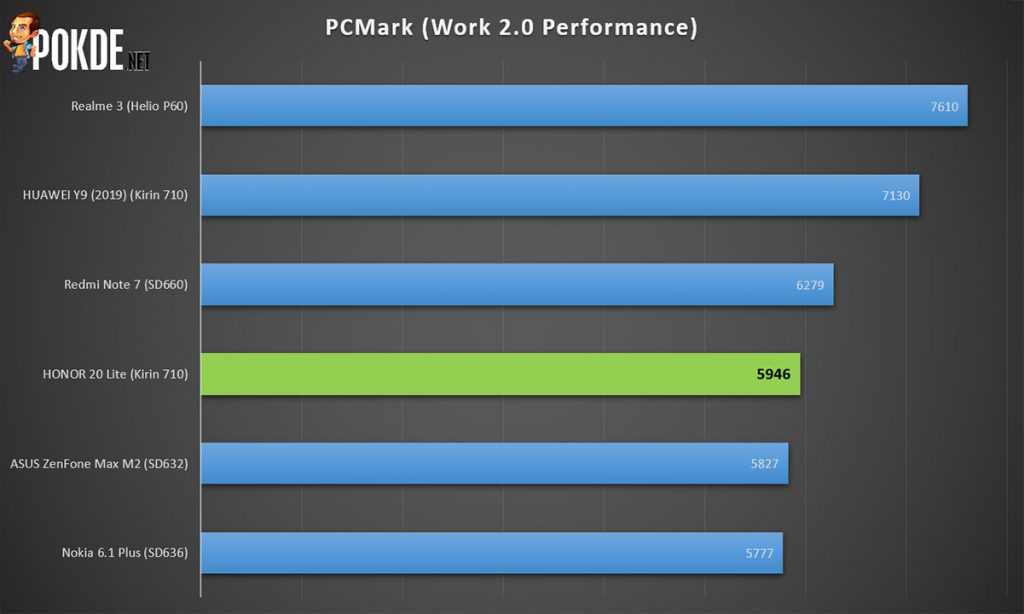 In this particular case, we were quite surprised to find that the difference in scores between the HONOR 20 Lite and the HUAWEI Y9 (2019) is quite noticeable. Either way, it does show that the Kirin 710 lags behind the Helio P60 by some amount. 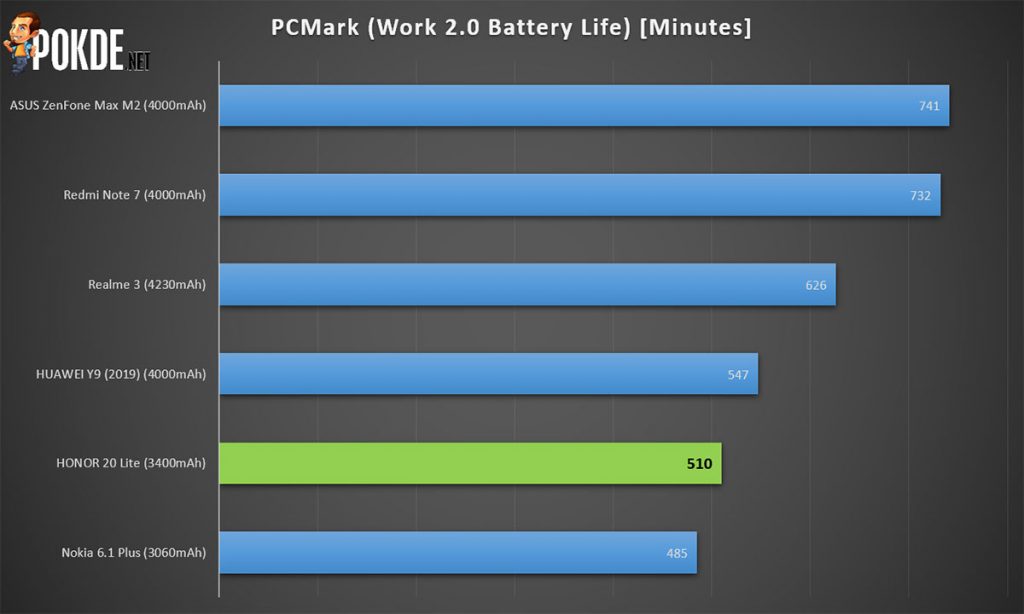 Coming to the battery test, the phone lasted 8 hours and 30 minutes on PCMark’s Work 2.0. It’s not something to celebrate about but considering the fact that it’s not far off from what the HUAWEI Y9 (2019) scored, it’s actually not bad. 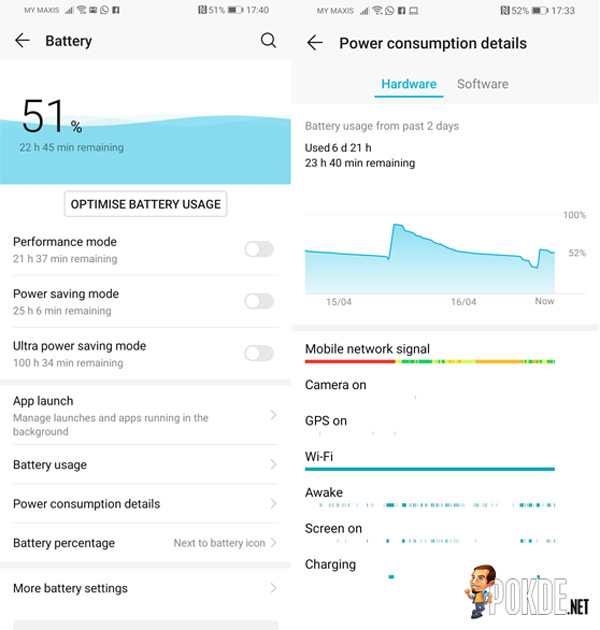 Turning to my personal battery usage of the HONOR 20 Lite, well here it is. I’ve used the phone for heavy messaging (Whatsapp and Facebook Messenger) as well as some light social media scrolling on Instagram and Facebook. It usually takes me around a day and a half before I find myself needing to charge the phone. If you are a person that games a lot or likes to binge on videos, you’ll have to charge the smartphone more often. 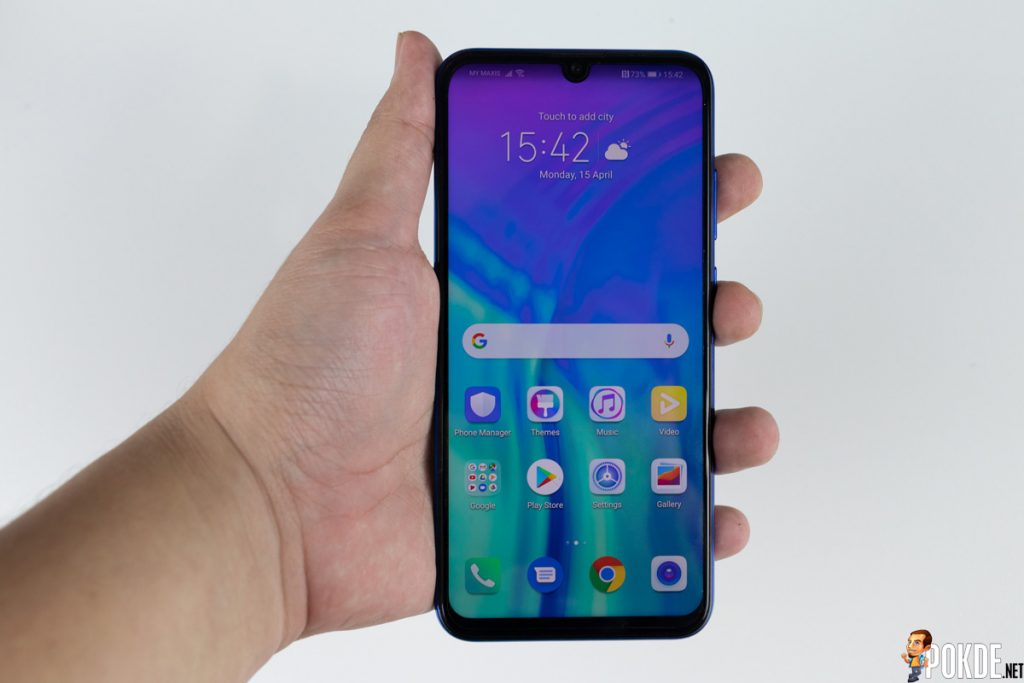 I’m not really a fan of the waterdrop / dewdrop notches on smartphones as they take the space away for LED notifications, which is really hand for me most of the time. In terms of the feel of the smartphone, it was decent. It didn’t feel too big or too small, it’s a nice fit and feels comfortable on my hands.

As for charging the smartphone, I managed to get 21% of juice from a 30-minute charging period, which is pretty much average seeing that it only uses a 10W charger. So the next time you’re planning on leaving your house but your phone’s battery is low, be prepared to save some time to charge it or bring a powerbank around.

In terms of fluidity, I didn’t encounter any lags or stuttering when I was using the phone. It even feels smoother compared to the HONOR 10 Lite that we’ve reviewed previously, which uses the same chipset.

I think it’s time for HONOR and HUAWEI to step up their UI game on EMUI. It’s not exactly bad, but it looks and feels outdated at this point. In terms of appearance, it shares quite the resemblance to the EMUI 5, which is was introduced back in 2016. Hopefully, they’ll bring in a fresher look for EMUI soon. 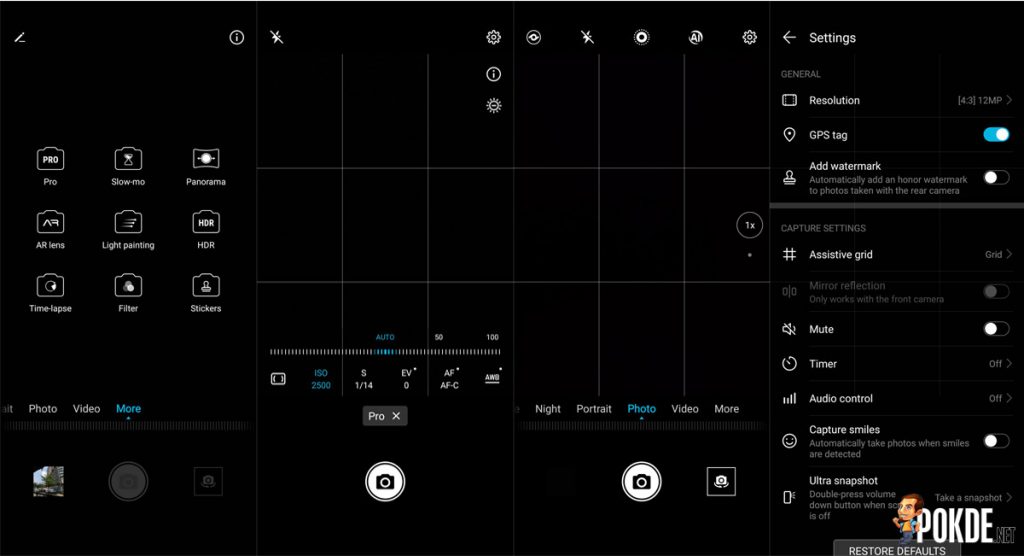 As for the camera UI, it’s pretty much the same as any HONOR smartphones in the market. You’ve got a couple of modes to play with. This includes the likes of Pro, AR lens, Panorama, HDR, Night, and Portrait to name a few. Being the first HONOR smartphone to come with a wide-angle lens, you can simply press the dot beside the 1x circle to utilize it.

Overall image quality is decent but the wide-angle lens leaves me wanting more from the HONOR 20 Lite. Images seem quite soft and the detail is lacking when you take a closer look. As is the case with most mid-range smartphones in the market, the HONOR 20 Lite also struggles in low light photography. The Night mode does help a little bit and it certainly is better than nothing. As for the selfie camera, I was quite pleased with it. Mind you, I am not a person who loves to take selfies so it may seem a little awkward. You can check out the full resolution camera samples here on Flickr.

Truth be told, there are better offerings from HONOR, such as the HONOR 8X, but it does come with the perk of being the very first smartphone from them to sport a wide-angle camera. Moreover, it is also one of the most affordable smartphones in the market to sport the feature, at just RM949. With that in mind, I award the HONOR 20 Lite with our Bronze Pokdeward.

We would like to thank HONOR Malaysia for providing the HONOR 20 Lite that was used in this review. 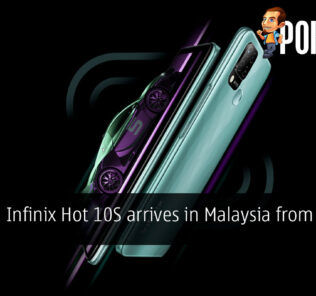 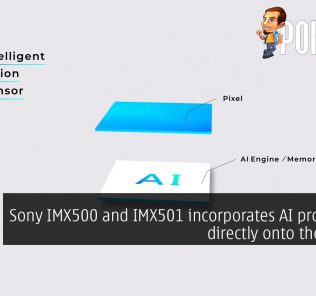 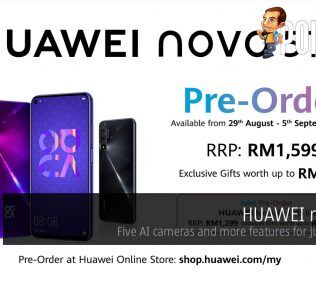 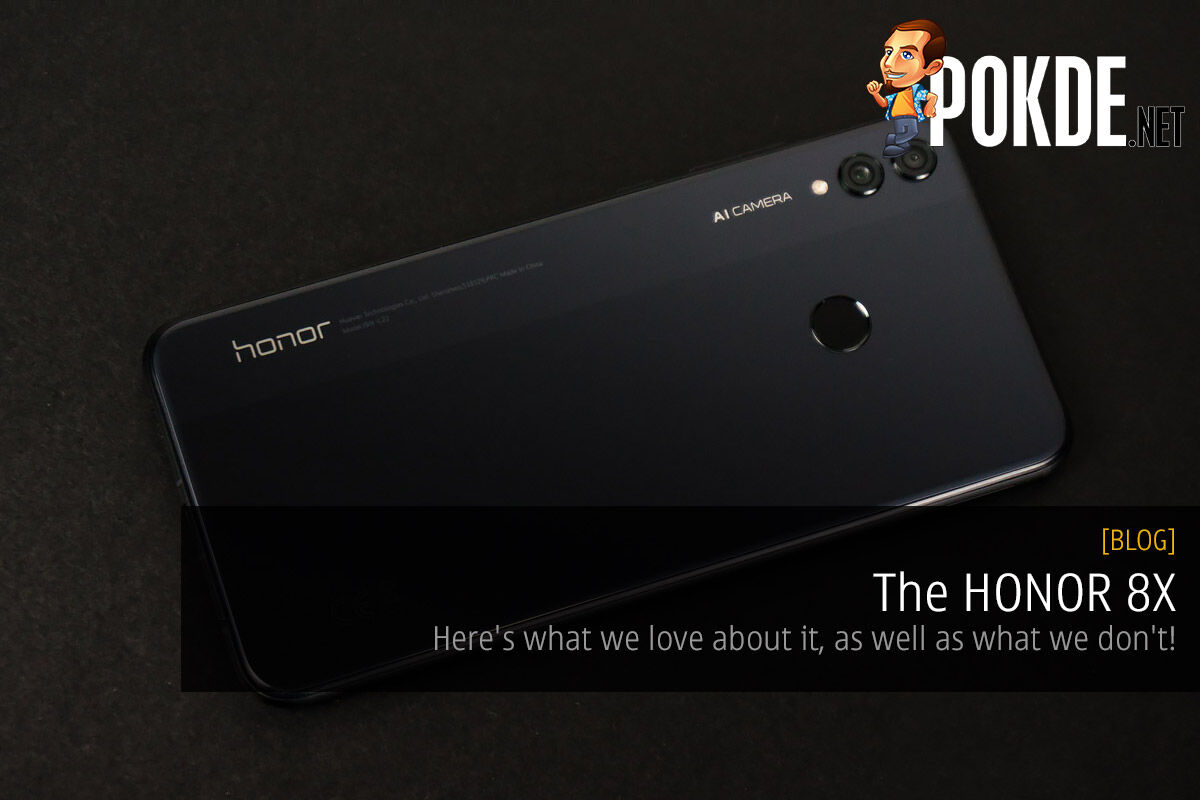