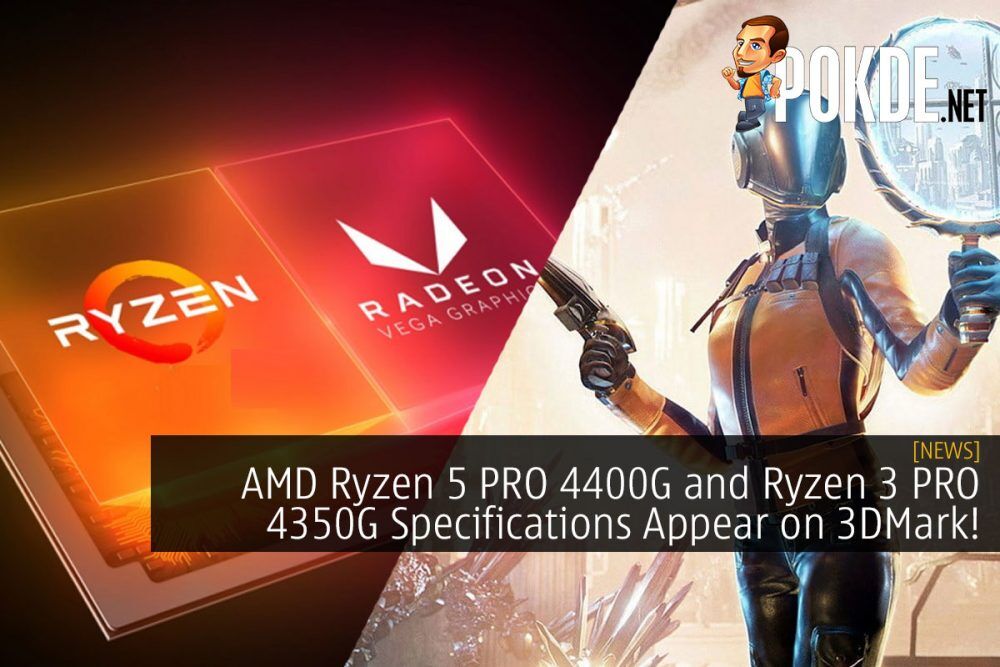 The Renoir-based desktop processors are quite hotly anticipated, as they bring quite a huge leap in terms of performance from the last generation of Picasso-based APUs. And just recently, the AMD Ryzen 5 PRO 4400G and Ryzen 3 PRO 4350G have appeared on 3DMark to flex their specifications.

As you might expect, both the CPUs will sport the AMD Zen 2 CPU architecture, combined with the Radeon Vega GPU architecture. The mobile version is already available and has proven their worth in a number of laptops including the ROG Zephyrus G14 and Acer Swift 3. Desktop users can expect to see the AMD Ryzen 4000 APUs pretty soon too, probably along with the AMD Ryzen 4000 CPUs, which are based on Zen 3. Yes, the naming is very confusing. 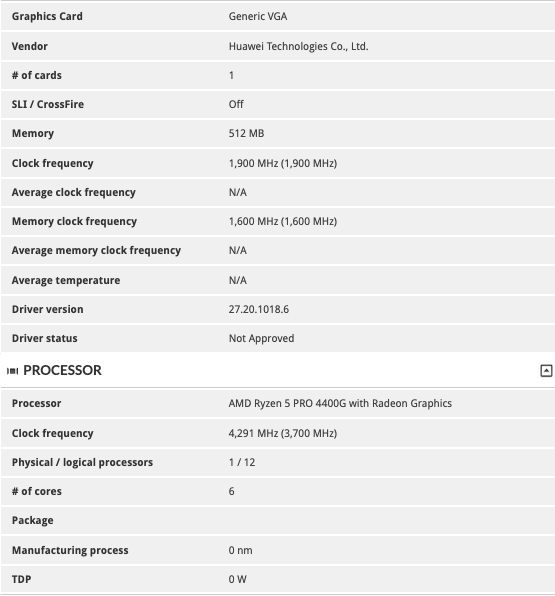 From the looks of it, the AMD Ryzen 5 PRO 4400G shares a lot in common with the Ryzen 5 4600H for mobile. The CPU and GPU is clocked higher, but then again the better thermal headroom of desktops should allow for higher clocks.

@_rogame managed to glean a lot more details from the Ryzen 3 PRO 4350G on 3DMark, even obtaining the benchmark scores of the GPU. The following are the scores that the AMD Ryzen 5 4350G managed to achieve. However it is worth noting that the Renoir APUs officially support up to 3200 MHz memory, and AMD’s APUs do scale well with memory clocks. The scores you see here might be higher than the scores one can obtain with 3200 MHz memory.

I do believe that AMD might target the enterprise segment with the Ryzen PRO 4000 processors first, considering that those PCs will benefit more from not needing a dGPU to perform GPU-related tasks. That segment is also more profitable, which would benefit AMD more than the competitive gamer segment. On top of that, AMD already has a pretty strong grip on the gamer market, where their current crop of Ryzen 3000 series processors can easily hold down the fort for now.

Pokdepinion: I wonder when will they arrive… Might use one of them to replace an old GTX 460 build I have at home.

Aiphos Hoo
I love entry range product, i make it a point to squeeze every single performance out of my hardware which is also how my first ever CPU died XD! LOW SPEC GAMING FOREVER!
Pokde Recommends
3DMark7nmAM4AMDAMD Ryzen PRO 4000apuHUAWEIprocessorCPUNewsPCSystem
MORE
Read More
2119