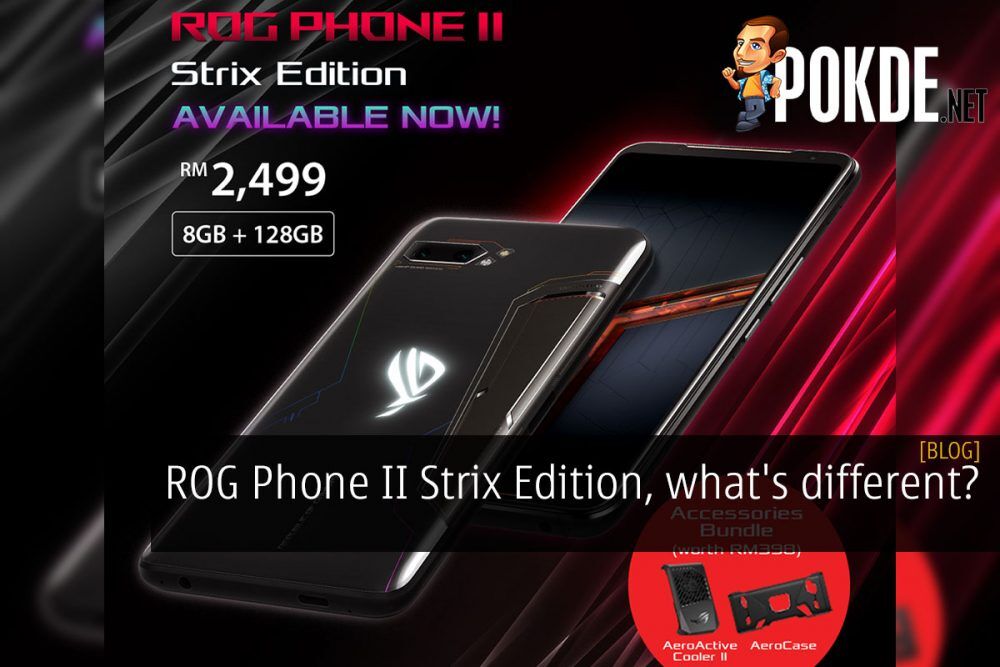 The difference between the ROG Phone II Strix Edition and ROG Phone II Elite and Ultimate Editions go deeper than just the RAM and storage. Here’s the full breakdown of the specifications:

Which one should you get?

I would fully recommend the ROG Phone II Strix Edition, simply because its the best bang for your buck. As we enter 2020, the Snapdragon 865 smartphones will definitely blow the ROG Phone II’s Snapdragon 855+ out of the water, so there really is no point in getting a huge storage variant for it for “future proofing” sake. Also, there aren’t any mobile games that can even make full use of the 8GB RAM in the ROG Phone II Strix Edition, much less the 12GB RAM in the more premium editions.