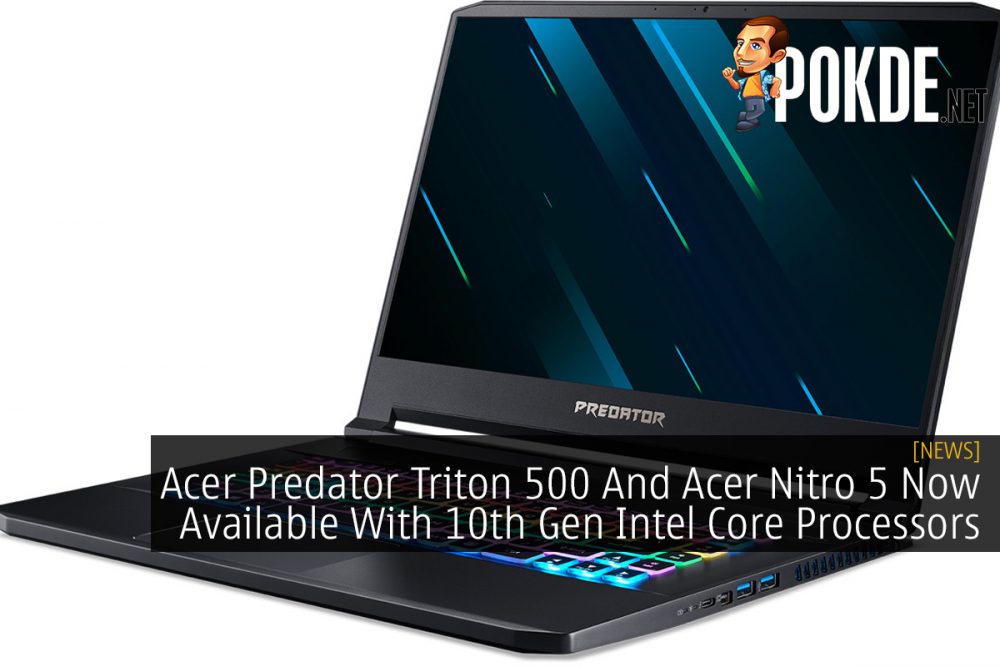 Acer Malaysia has announced that you can now get the Acer Predator Triton 500 and Acer Nitro 5 laptops packed with the latest 10th Gen Intel Core processors.

To celebrate the launch of the new variants, Acer has prepped up a special promotion for both of them. With the Predator Triton 500, you can get freebies worth up to RM2,719 where it includes Predator Cap, Jersey, Gaming Urban Backpack, Predator Gaming Chair, as well as the Predator Bomber Jacket.

As for the Acer Nitro 5, you’ve got freebies worth up to RM827 that includes the Predator Galea 350 gaming headset, Predator Gaming Backpack and Predator Cestus 310/ Redmi Airdots wireless earbuds. Both the promotion for the Predator Triton 500 and Nitro 5 starts from the 15th to 19th of June 2020.

The Predator Triton 500 is powered by a 10th Gen Core i7 processor with the option of Max-Q designed NVIDIA GeForce RTX 2070 or RTX 2070 SUPER graphics. Weighing in at 2.1kg, it sports a 15.6-inch FHD IPS display with 300Hz refresh rate, 3ms response time with NVIDIA G-SYNC capability.

You can get it from RM7999 and from Predator authorized resellers in the country starting from 20th of June 2020.

On the other hand, the Acer Nitro 5 comes equipped with up to a 10th Gen Intel Core i7 processor mated with NVIDIA GeForce GTX 1660Ti is priced at RM4,899. Should you get the Intel Core i5 and GTX 1650Ti variant instead, it’s at a more affordable price tag of RM3,799.

Pokdepinion: Well seeing how impressed we were with the previous variant of the Predator Triton 500, it’ll be interesting to see if the newer model offers a substantial upgrade. 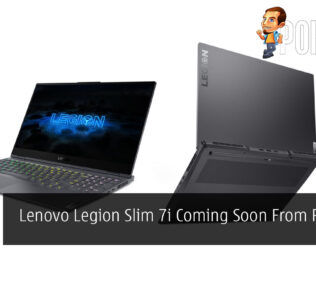