ASUS ExpertBook B9450 vs Lenovo ThinkPad X1 Carbon — by the numbers 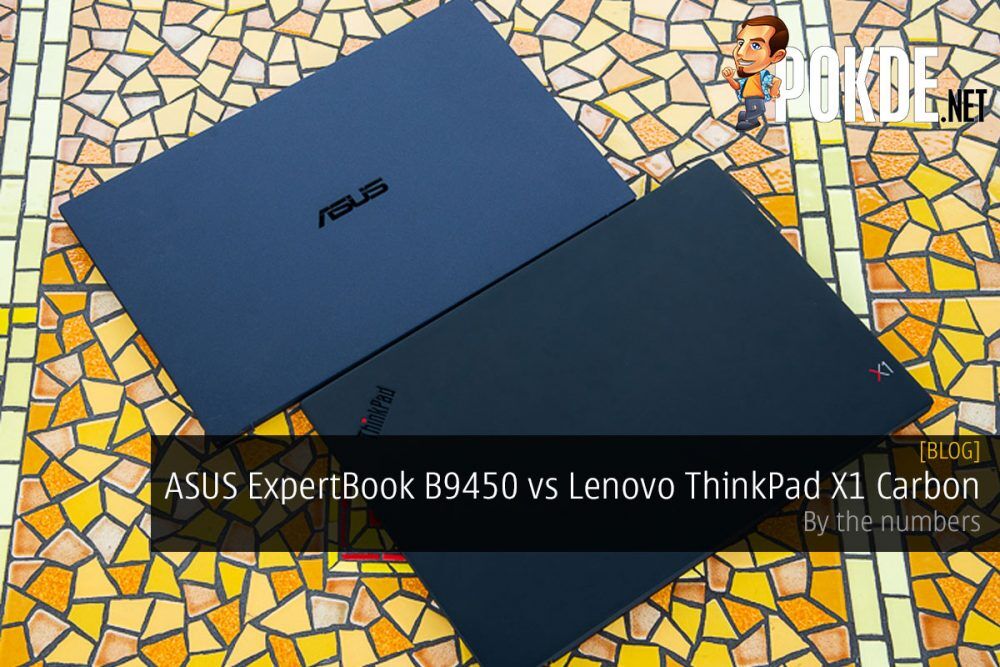 The latest ASUS ExpertBook B9450 is definitely one of the lightest business laptops I have ever seen. But then again, it isn’t the only ultra-light business laptop in the market. A rather close contender would be the Lenovo ThinkPad X1 Carbon, a laptop with a strong heritage from the IBM ThinkPad era. So, which of this will come up on top? Let’s check out the differences between the laptops.

Right off the bat, you can see that the ASUS ExpertBook B9 scores a few wins. The only area where the Lenovo ThinkPad X1 Carbon has an advantage in is its screen options, but I somewhat doubt anyone wants to use a 14″ 4K panel as you would have to deal with scaling, or obscenely small items on your screen if you decide to turn off scaling. 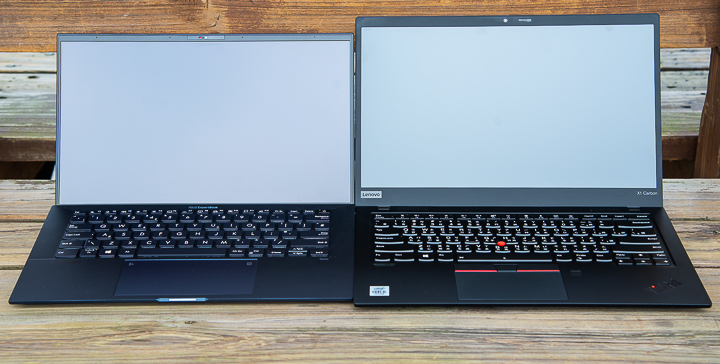 While both laptops offer 14″ displays, the ASUS ExpertBook B9 pulls ahead with a smaller footprint measuring just 320 x 202 mm, versus the 323 x 217 mm footprint that the Lenovo ThinkPad X1 Carbon touts. The ASUS laptop is also a hair thinner at 14.9 versus 14.95 mm, although that’s really very trivial compared to the 15 mm different in terms of width. 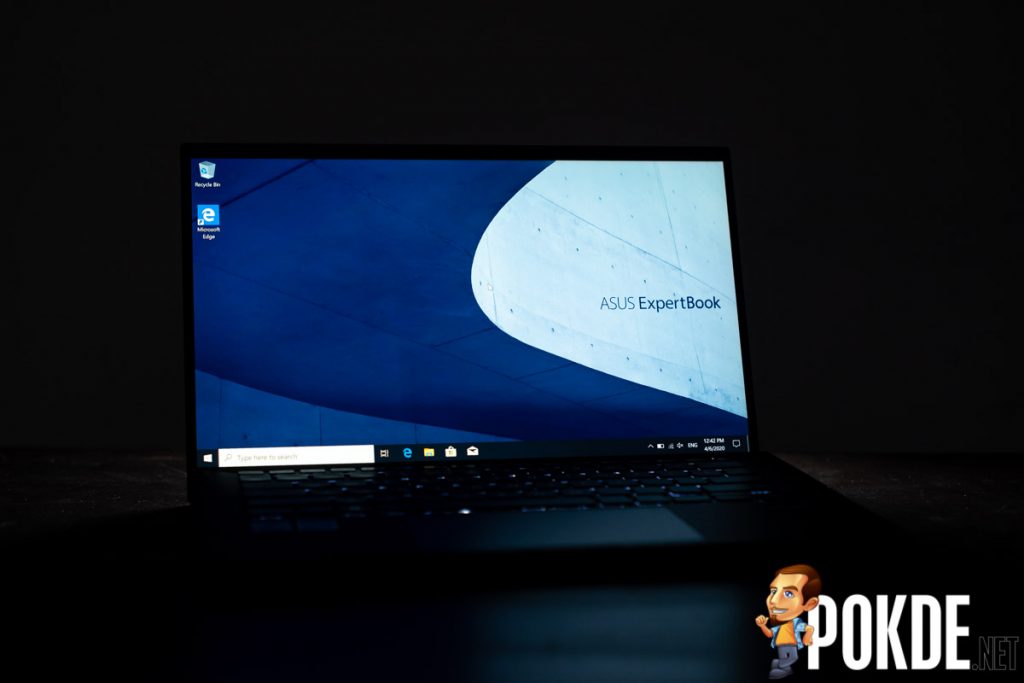 ASUS’ screen-to-body ratio is a whopping 94%, which allowed for the extremely small footprint despite a 14″ screen. Even with such slim bezels around the display, ASUS managed to cram in a webcam, an IR camera and also a physical lens cover above the display, which is really quite impressive. 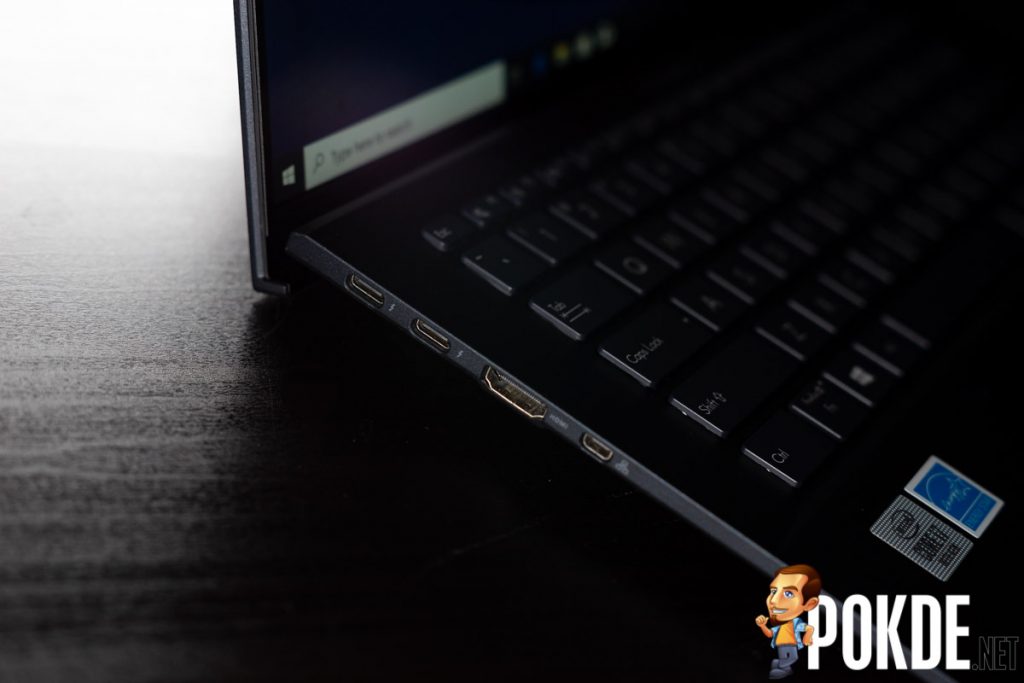 As commercial laptops, both the ExpertBook B9 and ThinkPad X1 Carbon come with Ethernet adapters built onto their motherboards. Their sheer thinness does prevent them from being able to offer a full-sized RJ45 LAN port, but the geniuses at ASUS managed to turn the LAN port into a micro HDMI port to save room, and the accompanying dongle comes included in the box. Meanwhile the Lenovo ThinkPad X1 Carbon also offers a unique LAN port, but the adapter is optional. So you will have to get it separately. The ASUS ExpertBook B9 does have the upper hand here there.

Even if you plan on using WiFi only, the ASUS ExpertBook B9’s support for WiFi 6 is an advantage over the Lenovo ThinkPad X1 Carbon’s support for up to WiFi 5 only. 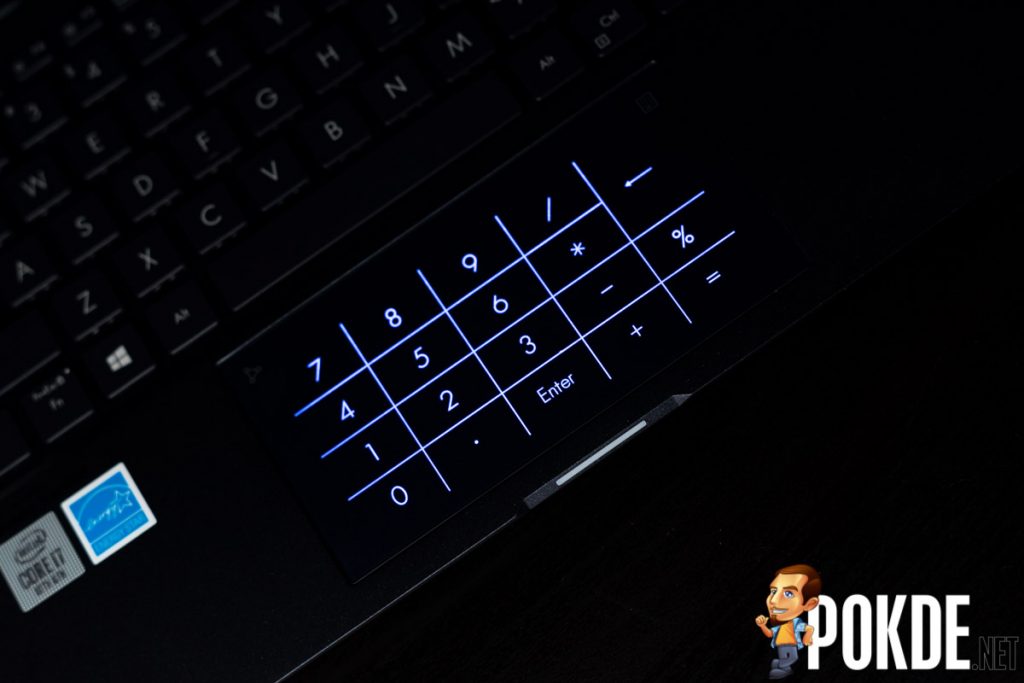 This is where it really gets interesting. Die-hard fans of the Lenovo ThinkPad series would probably swear by the TrackPoint. That’s fine, but for almost everyone else, the larger touchpad of the ASUS ExpertBook B9 should offer a more user-friendly experience. On top of that, ASUS has implemented their NumberPad technology here, allowing users to quickly input numbers. The touchpad sports a shortcut to the calculator too, which adds another layer of convenience to the rather feature packed touchpad. 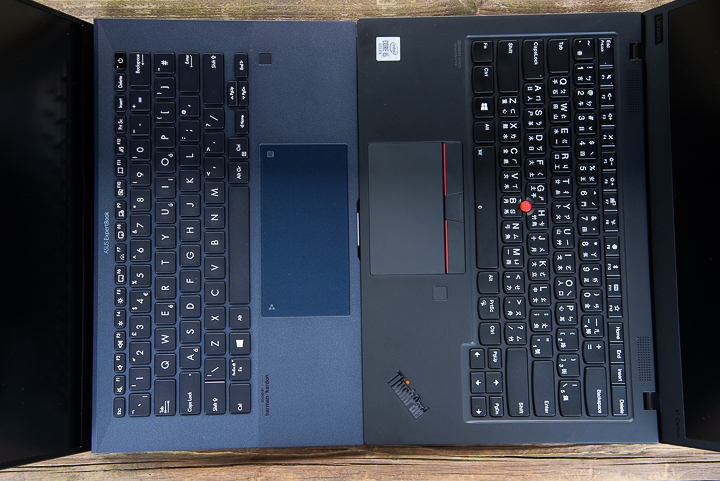 The ASUS ExpertBook B9 also offers a backlit keyboard standard across the range, while the Lenovo ThinkPad X1 Carbon only comes with backlit keyboards in the higher-end variants. Sure, one can most probably type without looking at the keyboard by the time they are considering a laptop of this caliber, but the added visibility can come in handy when working in dimmer environments. 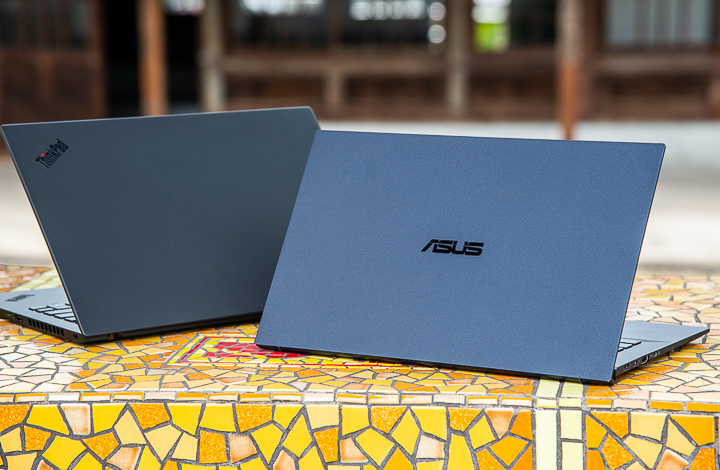 Samsung 980 PRO PCIe 4.0 SSD is one step closer to launch
Next