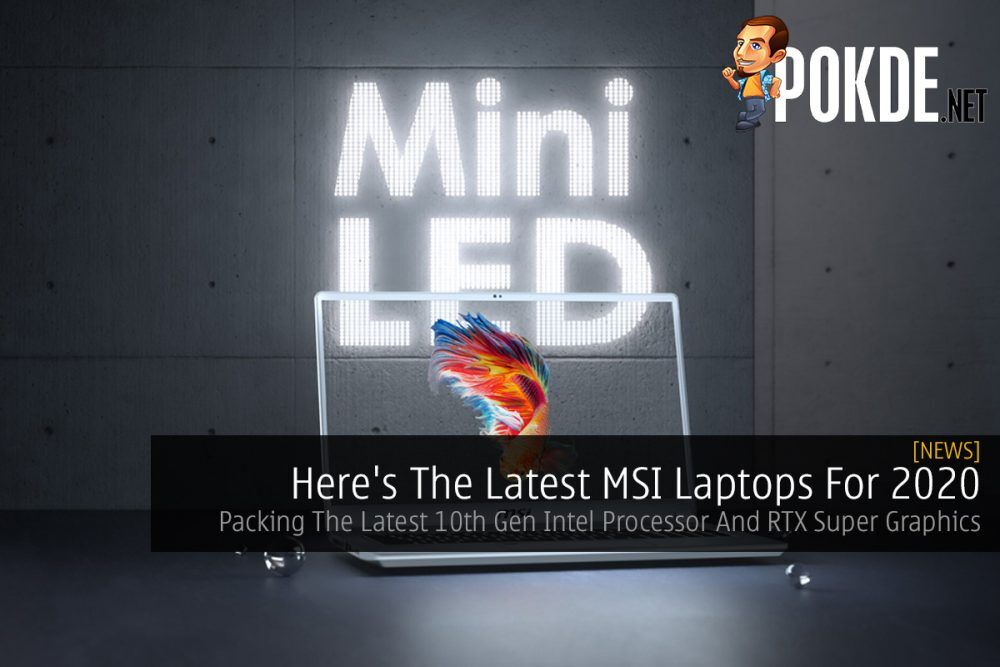 The folks at MSI has recently unveiled a plethora of new laptops where they  Coming with the latest 10th Gen Intel Core i9 processor (Comet Lake H-series) and the latest RTX Super series graphics, here’s what new.

Coming with a ‘Core Black’ theme, the GS66 Stealth comes with a low-key design and has won both the iF Design Awards as well as the Red Dot Design Award. It comes with the brand’s Cooler Boost Trinity+ with 0.1mm thin blades, maximizing its airflow.

They’ve also introduced three new models for their Creator series. Topping the lineup is the MSI Creator 17 where it is the world’s first laptop to have a Mini LED display. It is also the first laptop to meet DisplayHDR 1000 standards, with creators in mind.

Coming with up to 10th Gen Intel H-series processors as well as GeForce RTX 2080 SUPER graphics, here’s the full specifications.

Unfortunately they didn’t reveal the pricing for the Creator series. It’s similar to all of the products listed but we’ll sure to update you once it does.

Pokdepinion: Man that Creator 17 looks super duper sweet. I hope it (the price) won’t be that high..