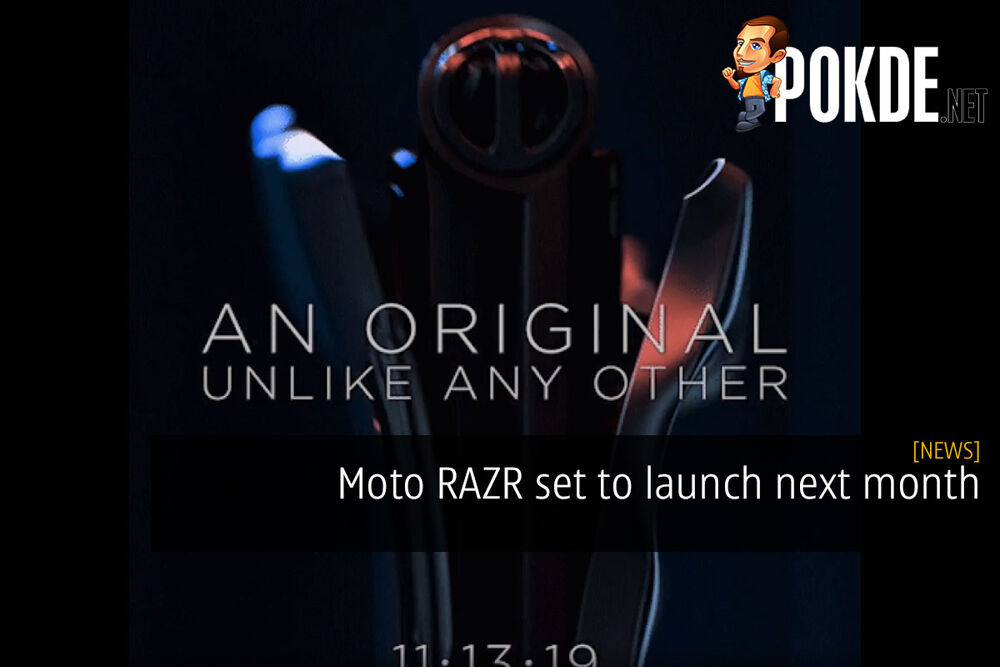 One of the most highly anticipated foldable smartphones, the Moto RAZR is set for a launch this 13th November. Motorola has been sending out invites, and CNET was among those invited to attend the launch of the device.

According to them, the invitation comes in the form of a gif that shows a device being folded and unfolded, as well as the text “An original unlike any other”.

This might be the first practically-sized foldable device, rather than a tablet that folds to be pocketable.

With such a late launch, Motorola could be targeting the Christmas season. Specifications has been rumored to be on the mid-range side of things with stuff like a Snapdragon 710, which should also mean that Moto RAZR would be the most affordable foldable smartphone yet.

Or at least, we hope it is.

Pokdepinion: Looks interesting. At least it doesn’t look like it has a huge gap between the two halves.