MENU
Sections
Sony
Now Reading
Missed Out On The PS5? Here’s Another Chance For You To Get One For Yourself
NextPrev
Contents
36664
0

Missed Out On The PS5? Here’s Another Chance For You To Get One For Yourself 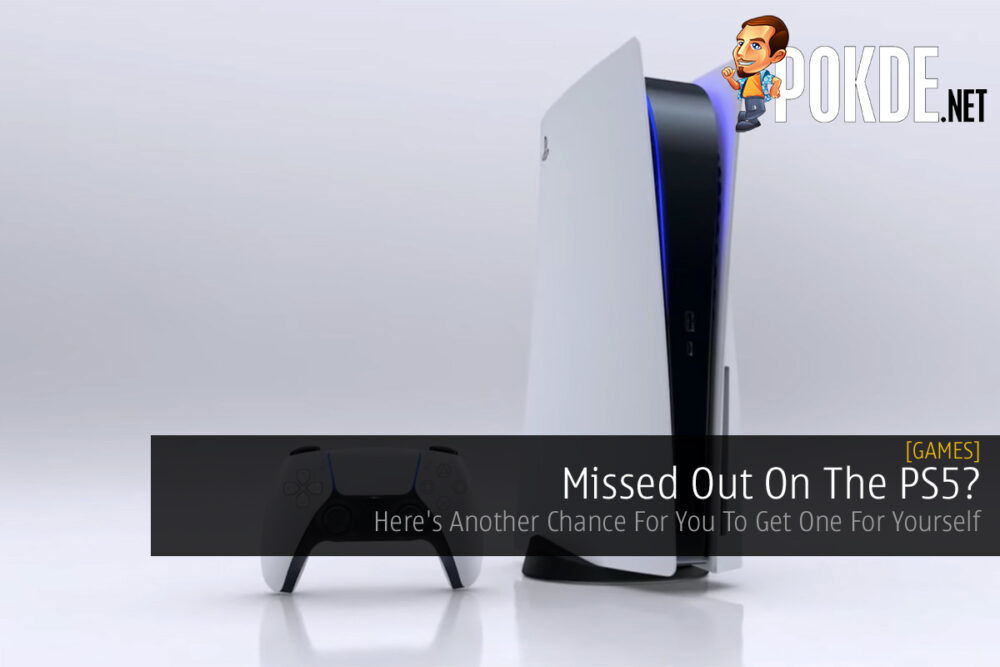 The PS5 is one of the most wanted pieces of gaming hardware (and one of the most difficult to get) in Malaysia right now. Stocks are so low that whenever pre-orders are open, they sell out as quickly as they go on sale. This leaves the door open for unscrupulous scalpers to take advantage of gamers desperate to own Sony’s latest console by selling them at ridiculously high prices.

Gamers everywhere don’t have to worry further as it seems that pre-orders for the console will be opening again pretty soon, at least according to Najmi The Kampung Nerd on Twitter. According to his tweet in which he referenced a now-deleted Facebook post from Sony Centre Sunway Pyramid, the PS5 will be available for pre-order again starting from 3 March next week. The pre-order will be available via Sony’s Shopee page.

We’re not entirely sure why the original Facebook post was removed. It may be due to Sony not being quite ready to announce the pre-orders and that Sony Centre Sunway Pyramid may have jumped the gun a little. In the events that this pre-order may be true, gamers will have to be ready to press the pre-order button come next week. 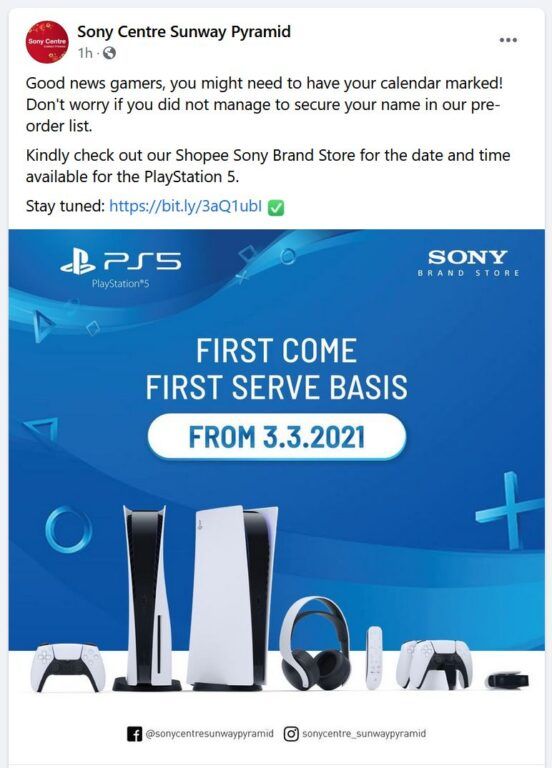 As you may know, the PlayStation 5 comes in two variants; a standard one with a disc drive which retails for RM2,299 while the other is an all-digital variant that retails for RM1,869.

Pokdepinion: Gonna try my luck with the pre-order next week. Hopefully, I get it this time.

Ratchet and Clank Getting A 60fps Patch On PlayStation 5
Previous

Redmi K40 to be released under POCO brand globally
Next