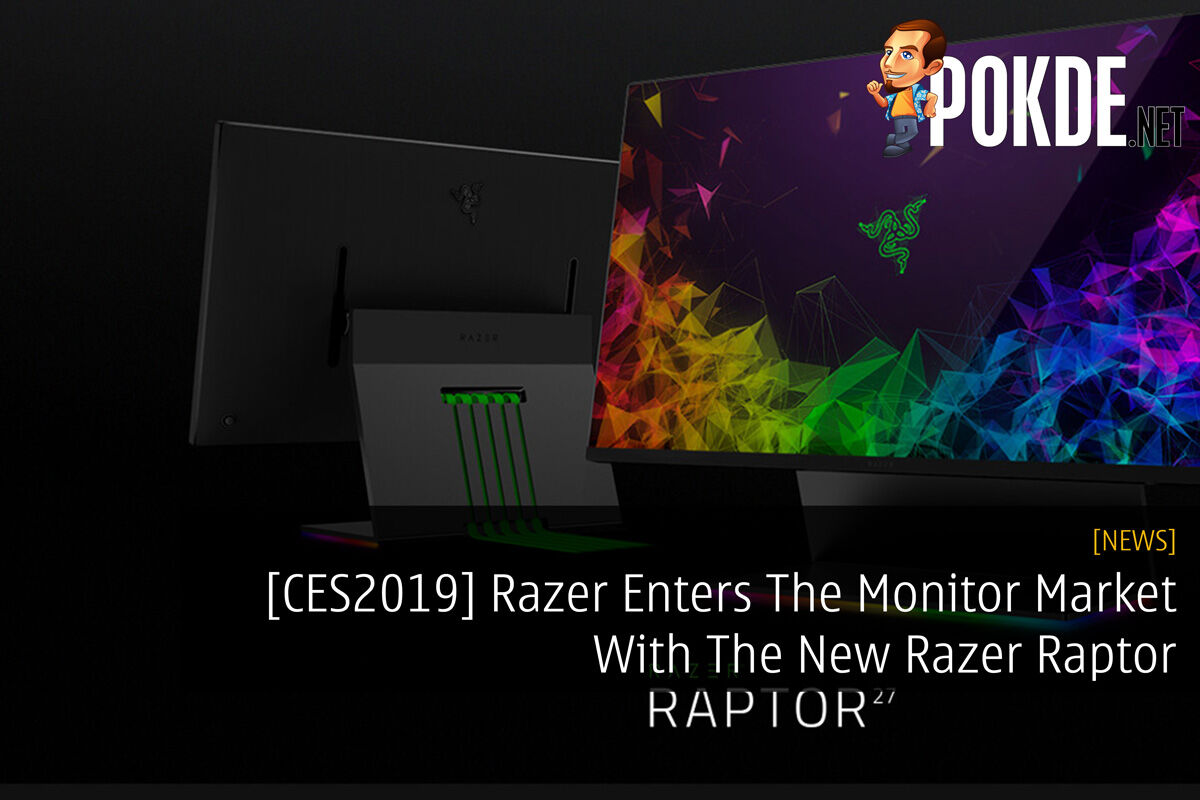 Razer has revealed of their new 27-inch gaming monitor, the Razer Raptor, which will be unveiled at this year’s CES 2019 as an early-design model. It will be making its way to the market later of this year. 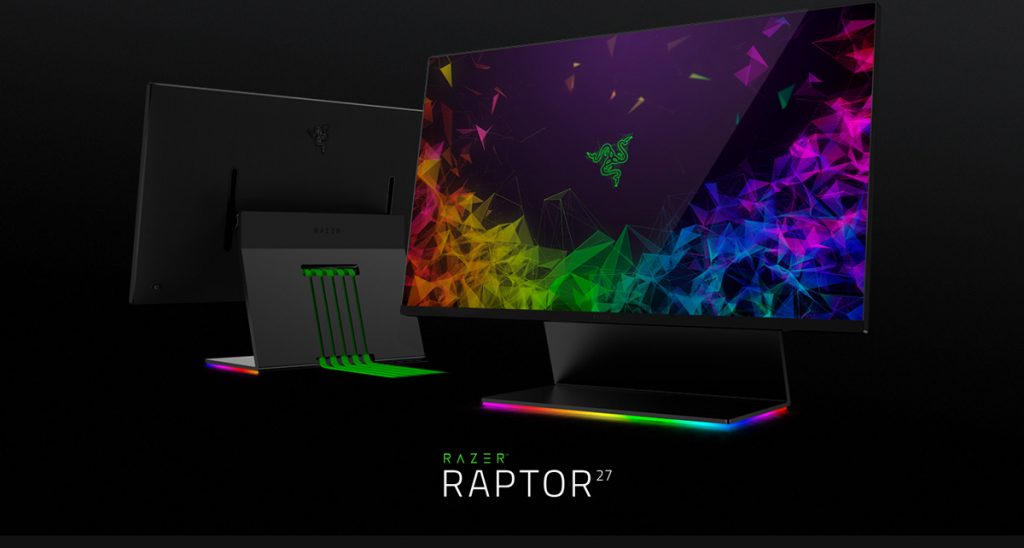 There’s an integrated cord management system on the back of the gaming monitor where they’ve used green colored cables for managing inputs without disturbing the design.

The monitor comes with AMD Radeon FreeSync, which is quite surprising as their other products often to be linked with NVIDIA’s G-sync. HDR is available and brightness is up to 420 Nits. It offers a Color Gamut of 95% DCI-P3. Talking about colors, of course the monitor will come with Razer Chroma packed with it. As you can see, there are Chroma-compatible LED light strips found at the bottom of the stand.

As for connectivity, it offers 1 HDMI port, 1 DisplayPort, 1 USB Type-C port that’s for power delivery, as well as 2 USB-A 3.1 ports. Scheduled to be released later in the year, the Razer Raptor gaming monitor is set for a price tag of US$699.99 (roughly RM2877).

Pokdepinion: That price.. but the Razer Raptor sure does looks one of a kind. 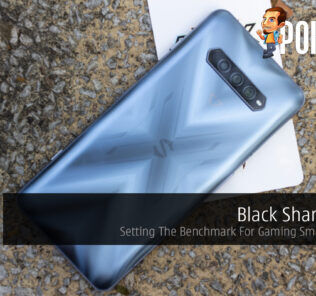 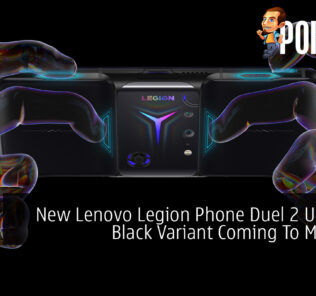 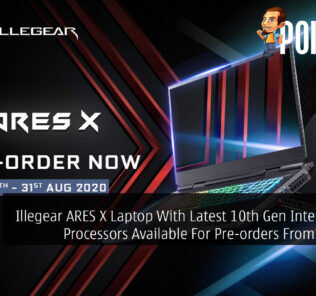 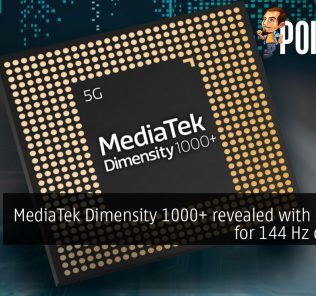 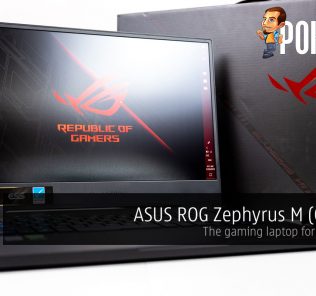