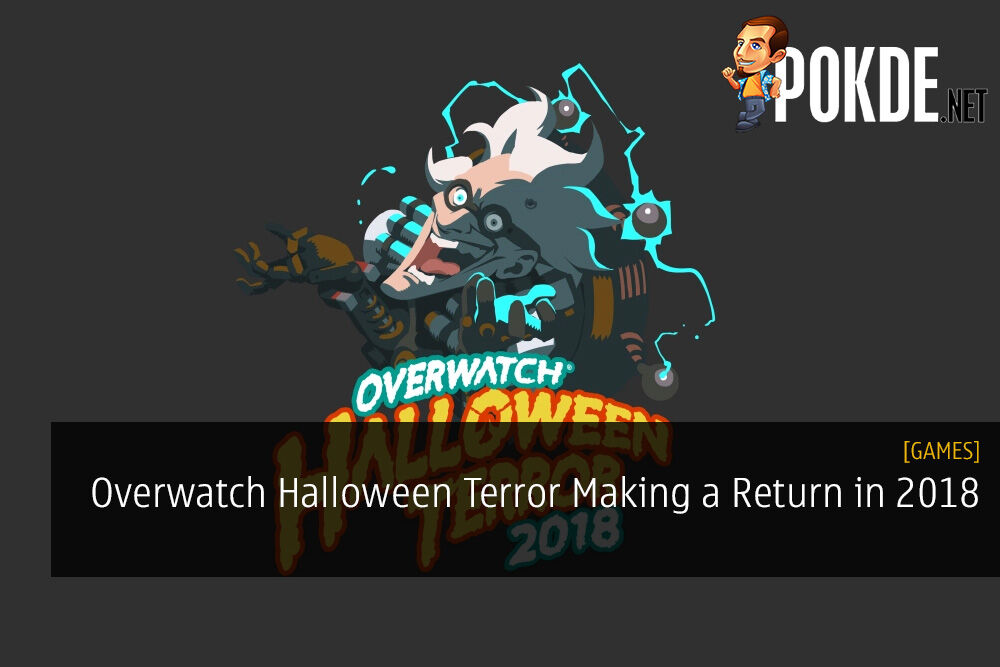 There’s a rumor among explorers
About a monolithic lair
Home to terrifying horrors
Heroes, how will you prepare? pic.twitter.com/XK7W7e0SKA

Overwatch’s Halloween Terror event will return and run from 9th October to 31 October 2018, bringing back the Halloween-themed loot boxes and the chance to earn special skins and other cosmetic items which are unique to this event.

This event will be a celebration of all things Halloween, allowing players to obtain new and returning holiday cosmetics and participate in the Junkenstein’s Revenge game mode. This seasonal arcade mode will have four players play cooperatively by controlling McCree, Soldier 76, Hanzo, and Ana to fight against waves of AI-controlled enemies including heroes such as Reaper, Roadhog, Junkrat, Symmetra, and Mercy in their Halloween skins.

During the September developer update for Overwatch, game director Jeff Kaplan revealed Roadhog would be receiving a very special skin in the Halloween Terror update, and also outlined a modified Torbjorn who is currently in PTR and has not yet been released officially.

In case you didn’t know, the turret-building Torbjorn is slated for a rework that is said to make him a more all-around hero as opposed to someone who is only good in certain situations. This should make him a more viable pick moving forward.

Pokdepinion: Aside from Lucioball, I actually really enjoyed Junkenstein’s Revenge. Would not mind playing that again, though I hope they added new bosses or something to fight against.

Aiman Maulana
Jack of all trades, master of none, but oftentimes better than a master of one. YouTuber, video editor, tech head, and a wizard of gaming. What's up? :)
Pokde Recommends
BlizzardHalloweenOverwatchseasonal eventGamingNewsPCMRPS 4XBOX One
MORE
Read More
1209

Get a Creator Software Pack worth more than RM1600 when you buy these MSI lap...
Latest Video
Read More
442