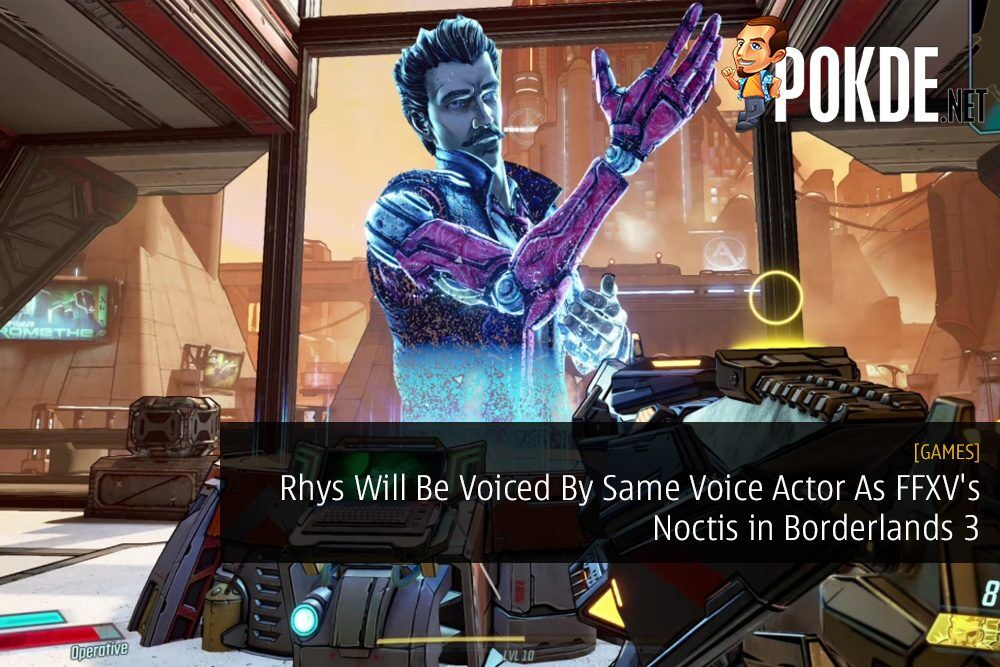 I’m honored to announce that I play mustache Rhys in Borderlands 3.

I played all of TftB and greatly admired @TroyBakerVA‘s hilarious performance – his work is a true inspiration to me! I’m not a perfect voice match, but a new interpretation.

I sincerely hope you enjoy! pic.twitter.com/nbgESmBOXv

After the Borderlands 3 gameplay reveal event by 2K Games and Gearbox Software, we received an announcement that Ray Chase will be voicing Rhys in the upcoming game. For those of you who aren’t aware, Ray Chase is the same person who voiced Noctis Lucis Caelum in Final Fantasy XV.

In his tweet announcing his role, Ray said he found Troy Baker’s performance of the character in Tales from the Borderlands to be “inspirational” and that his own take on the character will be “a new interpretation.”

This announcement follows Troy Baker telling fans that he was never asked to come back for the role. Gearbox CEO Randy Pitchford responded by saying that the Audio Director for the game asked him to come back, but Baker refused. After being asked about Pitchford’s response Baker said that he should “fact check” next time.

While fans of Troy Baker will probably have a hard time adjusting to Rhys’s new voice, it’s a good thing they picked someone of Ray Chase’s caliber to voice the character.

Pokdepinion: I can already sense plenty of arguments on social media about this.

Aiman Maulana
Jack of all trades, master of none, but oftentimes better than a master of one. YouTuber, video editor, tech head, and a wizard of gaming. What's up? :)
Pokde Recommends
2K GamesAnnouncementBorderlandsBorderlands 3first personFPSGamingGearbox SoftwareGamingMicrosoftNewsPCMRPS 4SonyXBOX One
MORE
Read More
1543

PokdePicks:How to Fix Borderlands 3 Crashing / Freezing Issues on PC – There Are a Few Solutions
Read More
2253

Celcom Game Hero Crowns Hat-trick Champion Who Walks Away With RM100,000
Next